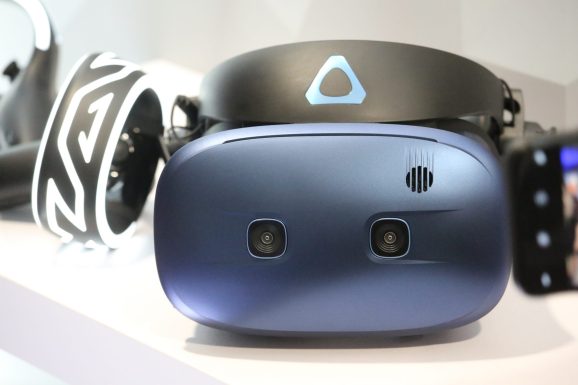 HTC’s Vive Cosmos has remained enigmatic ever since its name leaked in a trademark filing last year, and despite a somewhat perplexing unveiling at CES in January. Now the VR headset has a general release date — the “Q3 timeframe” — as HTC is offering guidance to help developers ready existing titles for the impending launch.

The news comes from the Vive developer blog, which revealed the date range this month at the same time as it promised to devote “the next two months to comprehensive testing” of launch software. That would seemingly rule out June, July, and early August as potential Cosmos release dates. Since the “Q3 timeframe” includes July, August, and September, the release window could be narrowed to between mid-August and the end of September, assuming HTC stays on track.

It also assumes the company will launch the new hardware across multiple regions at the same time. Vive Pro Eye, its deluxe enterprise-focused headset, launched in China and Europe nearly a month before North America. The company’s standalone Vive Focus headset saw even lengthier delays between Chinese and U.S. releases.

Cosmos’ public debut left more questions than it answered, and there haven’t been many new details since then. Numerous specs are still unknown, including display resolution and internal technologies, though the headset does include 6DoF inside-out tracking and redesigned controllers. It’s also confirmed to be tethered rather than tetherless, though HTC has suggested that it might be paired with devices other than PCs (smartphones) and will have a wireless adapter as an option.

Noting that Cosmos will be a “consumer-centric” headset, the developer announcement says that it will be “fully backward compatible with existing SteamVR titles.” The official Cosmos page says that it will include HTC’s “sharpest screens yet” and simplified setup, plus superior comfort and convenience thanks to a headband with a flip-up display housing. Pricing and other specifics will likely remain ambiguous until closer to the release date, but as the company is referring to it as a “premium PC VR system,” it could well come closer in price to Valve’s Index than existing Vive hardware.