Microsoft today released a new Windows 10 preview with download, Narrator, Windows Subsystem for Linux (WSL), and inking improvements. The update bumps Windows 10 from build 18912 (made available to testers on June 5) to build 18917. These builds are from the 20H1 branch, which represents the Windows 10 update that will arrive in the first half of next year.

The biggest addition in this release is undoubtedly WSL 2. WSL is a compatibility layer for running Linux binary executables natively on Windows. Microsoft announced the development of the next version last month. WSL 2 is based on a Linux 4.19 kernel that uses technology built for Azure. Because it uses a real Linux kernel, WSL 2 can run ELF64 Linux binaries on Windows. This changes how Linux binaries interact with Windows and your computer’s hardware. WSL 2 even supports running Linux Docker containers natively, so that VMs are no longer required. It also brings new commands. 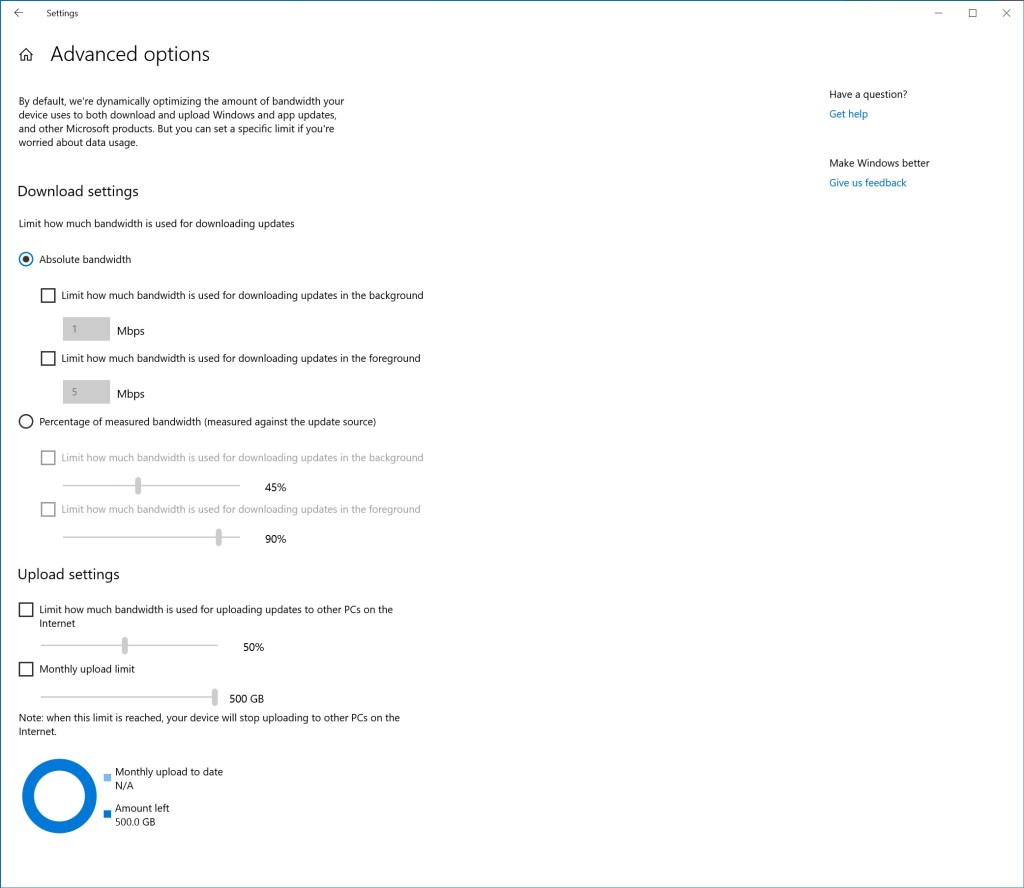 For users with very low connection speeds, setting download throttling as a percentage of available bandwidth may not be enough. This build adds a new option to throttle the bandwidth used by Delivery Optimization as an absolute value. You can set this separately for foreground downloads or background downloads. Although this option already exists for IT Pros who use Group Policies or MDM policies, it’s now available in the settings page (Settings => Update & Security => Delivery Optimization => Advanced Options).

The Narrator app continues to get better. Its data table reading has improved when navigating a table using table navigation commands. Narrator now reads the header data first, followed by the cell data, and then the row/column position for that cell. Additionally, Narrator only reads the headers when they have changed.

Microsoft says it is converging its whiteboarding experiences. The updated Windows Ink Workspace is smaller and has a direct link to the Microsoft Whiteboard app. It includes an infinite canvas, optional backgrounds (including graph paper and solid dark grey) to choose from, rainbow ink support, and multiple pages.