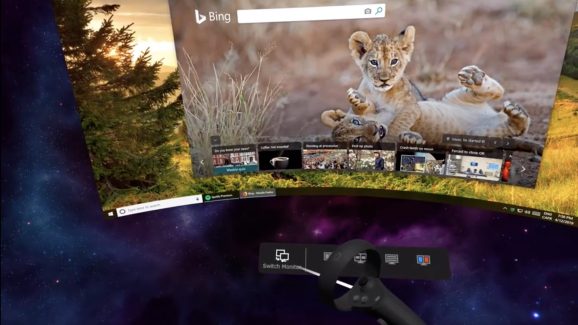 Less than a month after releasing the standalone VR headset Quest, Oculus is already hobbling one of its most appealing abilities, developer Guy Godin told users on Reddit: low-latency wireless streaming of SteamVR content from a PC to the headset. The feature was included in Godin’s app Virtual Desktop, but Oculus apparently told him to remove it.

Technically, the SteamVR feature was an undocumented “bonus” for Virtual Desktop users, added to the Oculus-approved app after initial release, though word of the headset’s impressively fluid streaming abilities generated plenty of interest. For users with existing PC VR content, especially games, the feature radically expanded the quantity and quality of experiences Quest was capable of displaying.

Oculus is relying heavily upon Quest’s own software library to appeal to first-time VR users, focusing on an initial collection of 50 titles that are mostly ports from other platforms — new to some of Quest’s audience, but old to experienced VR owners. At the same time, those prior VR users and tinkerers have embraced Quest as a viable wireless headset and tracking solution for streamed PC VR content, thanks in large part to apps such as Virtual Desktop. Godin says he worked on developing the feature for months “and was eager to improve the functionality… but according to Oculus, I am hurting Quest.”

Quest users are unsurprisingly upset by the development. The original Reddit thread now has over 800 comments, including some suggesting mass app refund demands to send a signal to Oculus, and many others signaling a loss in trust for the Facebook-owned company. Separately, a petition on Oculus’s own forums already has over 800 votes to remove the ban on SteamVR support in Virtual Desktop. “This feature is the best feature since the launch of the Quest,” petitioner Trever Spade wrote, and there appears to be plenty of opposition to Oculus’s ban.

Godin doesn’t appear to be giving up entirely on the feature, as he says he’s looking into offering a standalone app through the Quest’s sideloading feature. The APK could become available through the SideQuest open app store for mobile Android-based VR devices. Meanwhile, the $20 Virtual Desktop app remains available on the Quest store, and is also available for Oculus Rift, Oculus Go and Samsung Gear VR. We’ve reached out to Oculus for comment on the situation, and will update this article if and when we hear back.

Updated at 8:41 a.m. Pacific: In response to our inquiry, a Facebook spokesperson told VentureBeat:

While we don’t comment on the status of specific apps, our Oculus Store application submission system is designed to help ensure that our devices deliver a consistent, comfortable experience to customers. Apps are evaluated on a number of factors including performance, input, and safety with the goal of creating a quality, high-value experience for all VR consumers.