Phantom Brigade is an indie that is a clever combination of turn-based strategy and real-time tactical combat in a role-playing game. It combines futuristic sci-fi weaponry like mechs with modern-day combat units like tanks and infantry squads.

The action is like Combat Mission, where you issue commands and then watch the results play out in real time. That sounds familiar, but there’s a twist, based on a short demo I saw at a preview event. Brace Yourself Games is publishing the title this year and showing it at the Electronic Entertainment Expo (E3), the big game trade show this week in Los Angeles.

The combat units have the benefit of sophisticated artificial intelligence. This can predict what the enemy units are going to do. If you slide the timeline forward, you can see what those enemies will do and when they are likely to fire. That helps you plan countermeasures and make more intelligent moves.

This kind of predictive combat technology helps the Phantom Brigade survive, despite being outnumbered and outgunned. 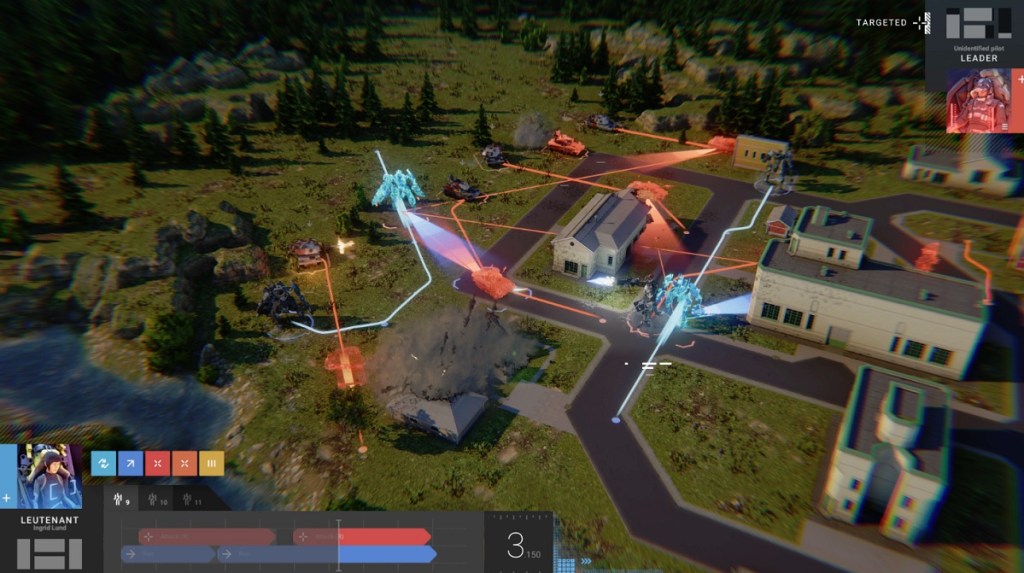 Above: Phantom Brigade is a clever turn-based tactical role-playing game with predictive analysis.

The developers showed me how the fighting works in an assault on a small town. The art looks realistic, with a kind of cartoon layer. You play the blue team with a squad of mech units. A red enemy force comes close to the town and takes out one of your mechs, but not before it sends a warning. Well-crafted cinematics convey a sense of urgency and story.

A second mech comes to help with a shield. But you only have two mechs to face off against enemy infantry, tanks and mechs. But using the predictive analysis, you can maneuver to spots where the enemy can’t see you. Then you can ambush the lead enemy mech, positioning your mech to fire at a place where the mech is expected to be. When you are done, you end the turn and the combat scene plays out.

I managed to completely disable the enemy’s lead mech in two turns. Then I had to hide from the tanks that were arriving from another direction. I fired at them from a good vantage point and sent them into retreat.

I really enjoyed this game, and it felt like it was a triple-A experience, even though it was made by an indie game studio. 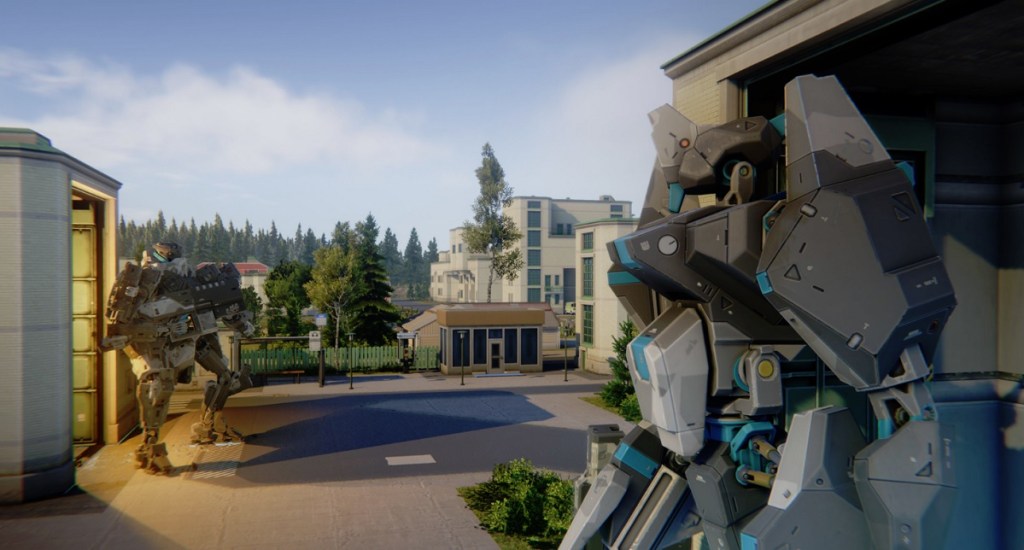 Above: Phantom Brigade gives you periodic cut scenes that show the action up close.

I didn’t get a chance to play the strategic side. But on that level, you make high-level tactical discussions on a world map, manage your base, and decide how to apply your limited resources to the tactical battlefields. The missions range from defending the town to sabotage of enemy equipment or infiltration of high-tech facilities.

As you progress, you can fine-tune the performance of your mechs, install upgrades, and send them into battle. The Phantom Brigade has nice graphics with destructible environments. You can blow up any cover and collapse buildings over your enemies. You can replay battles and try to get a higher score. I really enjoyed it. The game is coming soon on Steam.