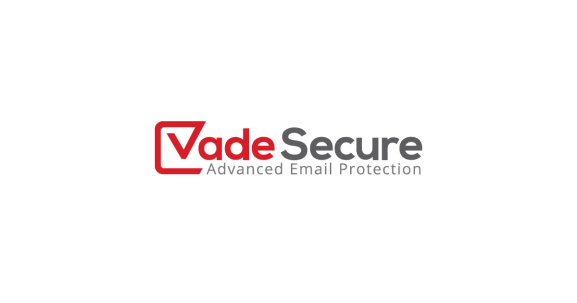 Vade Secure, a France- and Boston-based company developing an email filtering stack to protect against phishing, malware, and spam, today announced that it has entered into a €70 million ($79 million) financing agreement with General Catalyst and Neolane founder Stephan Dietrich (who will serve as Vade’s board chair), following the closure of a €10 million ($11.3 million) seed round in September 2017. If the capital infusion is approved by French authorities, it will bring the 10-year-old company’s total raised to €80 million ($90.5 million).

“I am truly excited about this investment from General Catalyst. It validates our strategy and, more importantly, allows us to accelerate our goal to revolutionize the email security market through the application of machine learning and a comprehensive view of threats as they emerge in real time worldwide,” Lotigier added. “[W]e have a unique opportunity to capitalize on the market disruption caused by the industry shift from on-premise hosted email to the adoption of cloud-based email platforms.”

Vade’s bespoke filters leverage over 10,000 rules and billions of data points, AI models, and predictive heuristics to block attacks proactively. To detect phishing, for instance, Vade’s supervised algorithms analyze more than 40 URL and web page characteristics (e.g., how the page was created and its use of obfuscation techniques) and their contexts (file paths and scripts) both on receipt and any time a user clicks into a message.

Vade sifts through copies of emails — both internal and external — crawling URLs in real time and following redirections to determine whether the final page is fraudulent. It builds anonymous profiles that establish baseline communication patterns among employees, and when a potentially malicious payload or spoofing attempt is detected, it displays a customizable banner alert within affected emails.

Vade’s system updates each minute, and it takes into account the origin of emails and attachments in identifying previously unseen malware. Additionally, it scans outgoing emails to identify botnet infections and provides a running count of valid, suspect, or rejected messages. It also relegates both suspicious and non-priority emails (like advertising and newsletters) to a quarantine space, where they can be released on command. They’re automatically categorized by priority, and Vade’s filters add a single-click unsubscribe button to those sent from mailing list servers.

Vade’s suite is compatible with Office 365, Exchange, G Suite, Zimbra, and others, and doesn’t require MX record changes or sandboxed storage. Better still, it runs on any machine with 2-4 processor cores, 2GB of RAM, a 60GB hard drive, and two network ports.

“As an entrepreneur who built Datto from the ground up into a multi-billion dollar business, I lived and breathed manage service providers,” said General Catalyst investor Austin McChord, who will join Vade’s board of directors alongside former Akami CEO Paul Sagan and Matthew Brennan. “From the moment I first saw Vade Secure, I realized the company’s immense potential to be an essential piece of solving cybersecurity for managed service providers. The instantly deployable Office 365 protection is the perfect mix of enterprise-grade security and total automation that today’s managed service providers need.”