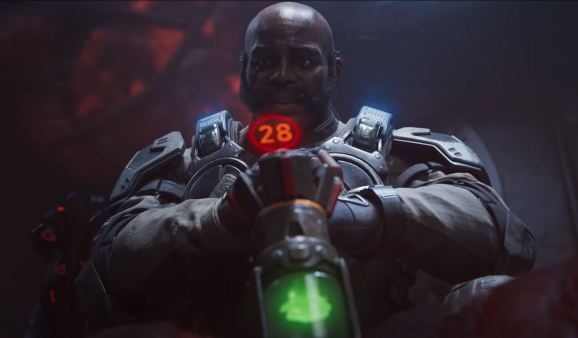 Gears 5 is coming out in September, we need to see gameplay.

The 2019 Electronic Entertainment Expo in Los Angeles has come and gone. Despite talk of its demise, this show is still an inflection point. The biggest gaming companies work toward it each year. And I think it helps them establish a narrative that consumers are desperate to latch onto. But E3 2019 had a problem in that publishers repeatedly undermined their own messaging. They did that by over-relying on prerendered CG trailers or videos that didn’t have any real gameplay.

To be clear, I’m going to use “CG trailer” here as shorthand for any video at an E3 media event that didn’t include gameplay. Halo: Infinite, for example, used its in-game visual engine for its story-based clip that was devoid of gameplay. So I’m calling it a “CG trailler” in this story because it doesn’t have gameplay.

CG isn’t intrinsically bad. Nintendo revealed a Breath of the Wild sequel without showing any gameplay, and that worked. But that’s because it was a huge surprise. Honestly, last year Bethesda said, “We’re making The Elder Scrolls IV.” That’s something we already knew it was doing, but that’s all it took to get people excited.

A gameplay-less video is far less effective when the prospect of actually spending money is in the near future. Or if the game is a total known quantity, then a CG trailer on its own feels like a waste of time.

Why are CG trailers and videos bad?

The issue is that story-based reveals without gameplay aren’t really selling the thing that people want to buy. The cold truth is that if you care about watching cutscenes, it’s easier to do that on YouTube. I spend money on a game because I want to play it.

I don’t think this is exclusive to me just because I’m jaded and plugged into the scene. The gaming audience is extremely savvy. They definitely know the difference between CG and gameplay, and they tune out the former for the same reasons that I do.

This doesn’t mean consumers know exactly how games are made or what it takes to launch one. I would argue that they are savvy and misinformed at the same time thanks to forums and YouTube channels that focus on “downgrade” comparisons. And it seems possible that companies focus on CG at E3 to avoid those unfair videos that call out games for downgrading visuals compared to earlier reveals.

But companies like Microsoft and CD Projekt Red shouldn’t shape their marketing plans around the YouTube reactions. People there will always find something to complain about before a game comes out because they’re desperate for news. We saw this with Marvel’s Spider-Man and its “downgraded” puddles. And yet that game went on to outsell even God of War before ending up as the No. 6 best-selling game of 2018. And it’s not like the new hour-long Cyberpunk 2077 demo isn’t going to come out eventually. It will — and

Microsoft was the most guilty of relying on CG for its pre-E3 presentation. During that event, the company didn’t show any gameplay for Gears 5, Halo: Infinite, Bleeding Edge, and more. But Square Enix did the same thing during a lengthy reveal for Marvel’s Avengers (but it showed plenty of gameplay for Final Fantasy VII: Remake).

What’s frustrating here is that it’s not like these companies have no gameplay to show. Gears 5 is due out September 10. That’s only a few months away. It was playable at the show, and I had a lot of fun with it. Bleeding Edge is in the same situation. It has a public test beginning later this month.

We couldn’t go hands-on with Avengers, but Square Enix was doing gameplay demos that won a lot of people over.

So how should these reveals actually have gone? You don’t have to throw out the CG. Those narrative videos with the grimdark covers of pop songs serve a purpose, but follow that up with gameplay. Show me what makes playing Gears 5 so special. And if you don’t have a lot of gameplay moments that look and feel dramatic enough for E3, maybe that’s a problem with the game.

Alternatively, if you don’t want to show gameplay, then I think you probably shouldn’t show your game at an E3 briefing at all. Skip it. Come back in a few weeks with a trailer on YouTube or a dedicated livestream.

But my hope is that E3 returns in 2020 and companies focus heavily on gameplay. CG trailers already don’t work on their own, but they definitely won’t fly when Microsoft and Sony are trying to hype up new consoles.

I think the best way to incorporate a CG trailer into an E3 reveal is what Nintendo does for Super Smash Bros. Ultimate characters. Those videos always start with a prerendered teaser. They usually keep people guessing. Or they make you feel smart for immediately understanding the references. And then the videos invariably cut to gameplay. Because sure, Smash fans want to know that Banjo-Kazooie are coming to Ultimate — but they also absolutely want to see how they play.

And it’s the same for every video game.