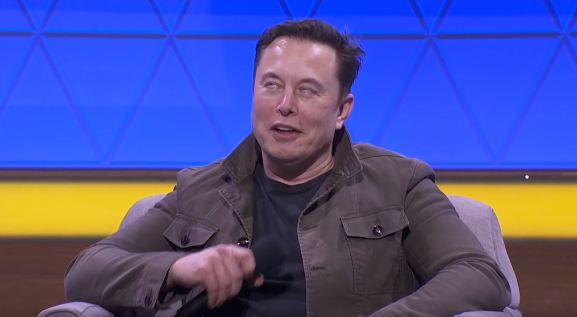 Elon Musk, a noted Twitter user and someone who probably says “waifu” out loud, is all about video games this week. The Tesla founder has apparently taken a break from not admitting or denying SEC allegations to put a video game in the dashboard of the company’s electric cars. And you know how I love video games, so I’m very excited about all of this. But the one thing I love more than video games is leveraging them to better target the key male 18-to-34 demographic.

The reason this works is because Musk obviously loves video games. You can tell because he tweets fan art of 2B from Nier Automata and then has a meltdown when people ask him to credit the artist. Who among us hasn’t had that happen to them?

“[Baldur’s Gate 2] was so good,” Musk also tweeted in response to a joke. I think this moment is especially insightful because it shows that he both likes something and doesn’t have a sense of humor. These are two of the most important characteristics of my gamer identity.

Of course, Musk doesn’t just tweet. He also appeared on a panel with The Elder Scrolls V: Skyrim director Todd Howard and The Game Awards creator Geoff Keighley at the Electronic Entertainment Expo (E3) game industry show last week. During that event, Musk treated the audience of average gamers better than he treats his investors. And by that, I mean he did not call any of the questions “boring” or “boneheaded” like he did in a conference call with analysts last year.

Instead, Musk agreed to take a selfie with a fan by mumbling “sure” while only barely rolling his eyes. So gracious.

But what about the game?

We’ve established that Elon Musk is potentially the greatest gamer alive. And now you can play a video game on one of his cars. Truly, we live in an age of technological miracles.

Tesla posted a video of Beach Buggy Racing 2: Tesla Edition on Twitter today, so you can see it in action for yourself:

And who doesn’t want to sit in their car and play a game on an off-center display? I’m gonna make an appointment with my chiropractor right now because I’m going to stare slightly down and to the right for hours!

But the genius of turning the Tesla into a giant console on wheels is that it addresses a problem. The electric batteries on Tesla’s cars have a range of about 310 miles. That means you may have to stop to charge them during long or frequent trips. And it takes about an hour to top off a Tesla.

Most importantly, though, this means that Tesla can reach out to the gaming audience. The company is inviting gamers to “Experience the Tesla Arcade” through the end of this month. At its showrooms, Tesla will enable people to play previously added games like Missile Command and Asteroids as well as Beach Buggy Racing 2.

It’s almost like Musk read some research about how Teslas appeal to gamers, and this is what they came up with. What a titan of industry!