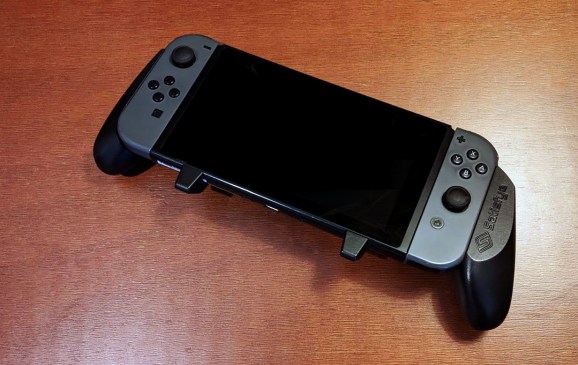 The Satisfye Pro Gaming Grip for the Nintendo Switch.

The Xbox One and PlayStation 4 generation is ending. That shift is showing up in software sales, as you can see in The NPD Group’s software report for May 2019 right here. But of course, that also means fewer people are buying new consoles now that consumers have had nearly six years to purchase a system.

In particular, the Xbox One and PlayStation 4 are starting to drag down comparisons to 2018. This is despite strong sales for the Nintendo Switch, which continues to do better year-over-year. Switch outsold its older competition in May both in terms of units and dollars.

“Hardware spending in May 2019 fell 20% when compared to a year ago, to $149 million,” NPD analyst Mat Piscatella said. “Nintendo Switch sales growth was offset by declines across all other hardware platforms.”

This isn’t just a blip for May. Through the end of last month, hardware sales have generated $1.1 billion. That’s down 17 percent when comparing 2019 year-to-date to the same period in 2018.

“As with the month of May, Nintendo Switch sales growth was offset by declines across all other hardware platforms,” said Piscatella.

For non-console hardware, the industry is holding steady.

PS4’s standard black DualShock 4 was the top-selling accessory for the month. It also holds the top spot for all of 2019 so far.

While accessory and game cards are not growing, they are still doing exceptionally well. These categories have seen major increases over the last couple of years. Free-to-play games are selling more microtransactions that some people acquire by purchasing game cards for cash at stores. And games like Fortnite, Apex Legends, and PlayerUnknown’s Battlegrounds are enticing players to spend more on headsets for communication and even new gamepads.