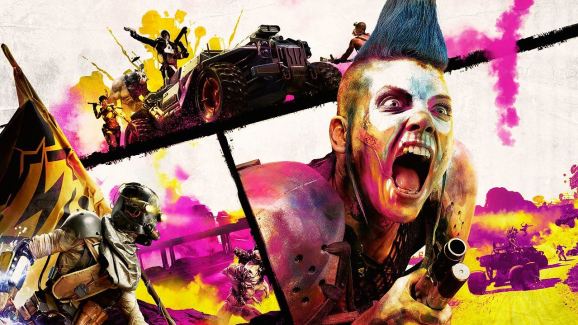 Rage 2 couldn't fight the dying of the light.

Consumers in the United States spent $641 million on gaming-related products in May, according to industry-tracking firm The NPD Group. That was down from the same period in 2018 as the industry continues to contract alongside the end of the Xbox One and PlayStation 4 generation.

“[Spending was] 11 percent lower than a year ago,” NPD analyst Mat Piscatella said. “Declines in both software and hardware spending drove overall performance. Year-to-date spending across tracked video game hardware, software, accessories and game cards is down 3 percent when compared to 2018, to $4.7 billion.”

The industry has continued to see a growth in revenue from accessories and game cards through 2019. That’s in line with the success of free-to-play games with microtransactions and competitive games that encourage players to purchase headsets and new gamepads.

It was a tough month for software sales due in large part to a dearth of new releases. The top two best-selling games of May were both April releases. Piscatella said that release-calendar weakness was evident in the sales.

“Dollar sales of tracked console, portable, and PC video game software reached $262 million in May 2019, falling 13 percent when compared to a year ago,” said Piscatella. “May 2019 experienced the lowest software sales for a May month since 2013, which hit only $222 million. Total dollar sales of new releases in May 2019 are the lowest for new releases in a May month since May 1998.”

But while May was weak, sales are still just ahead of last year.

“Year-to-date dollar sales of tracked console, portable, and PC video game software have increased 2 percent, to $2.2 billion,” said Piscatella. “Nintendo Switch sales growth has been offset by declines across all other platforms.”

But while Nintendo’s hybrid handheld/home console is driving people to buy more games, 2019 is likely going to end the year down overall. The fall just doesn’t have any releases to compare to Red Dead Redemption 2.

The fighting series is more successful than ever.

The first-party PlayStation release took advantage of the weak May.

Minecraft was once a regular on the top 10, with a streak that lasted for years. And now, after hitting its 10th anniversary, the block-building phenom is back.

It’s worth noting that Rage 2 did release on May 14, but Bethesda does not share its digital sales with NPD. Without those digital sales, the game ended the month at No. 4 overall. It likely did better than that once you do include digital, but it’s also worth remembering that big Nintendo games often end up in the top 3 and they also don’t include digital sales. Super Smash Bros. Ultimate is was the No. 6 best-selling game in May with only physical sales.