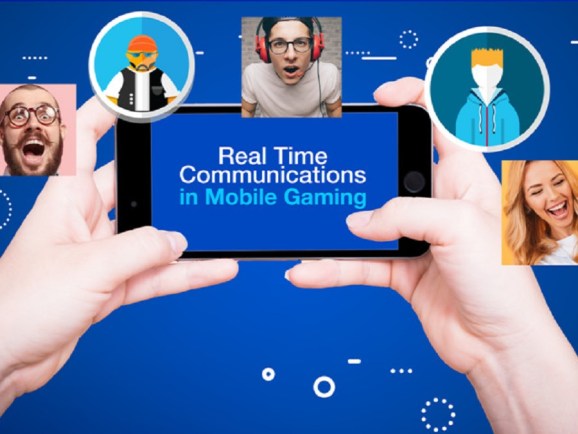 Agora.io, a voice and video streaming platform, announced that game developers can now easily embed high-quality video chat in their games built with the Unity engine.

Agora.io is a Unity Technologies Verified Solutions Partner, and it released the Agora Video Chat SDK for Unity.

Mobile experiences are becoming increasingly interactive as users turn to live video to communicate and engage with each other across a wide variety of apps, with gaming at the forefront of this evolution. The Agora Video Chat SDK for Unity provides game developers with everything they need to create richer, more engaging user experiences with live in-game video chat.

By enabling players to interact with each other in real time, developers can boost player engagement and retention while delivering unique gaming experiences that today’s gamers crave. In-app video communications add an interactive social layer to games so players don’t have to rely on third-party apps, which increases user stickiness and keeps gamers inside the game.

“Live video is a powerful tool for game developers who want to take their games to new heights but most existing solutions come with a trade-off in gameplay,” said Clive Downie, chief marketing officer at Unity Technologies, in a statement. “Agora’s new video SDK is designed to work seamlessly with our development platform and makes it incredibly easy for developers to deploy live interactive video within their games. More importantly, Agora’s SDK is a robust yet lightweight solution, allowing developers to add real-time video without compromising the player experience.”

The Agora Video Chat SDK for Unity delivers in-game real-time video communications with sub-second latency and a small footprint that ensures a seamless experience for gamers. The SDK is optimized in size, CPU usage, and power consumption for minimal impact on gameplay without affecting gaming bitrate or diluting the experience.

“By working with Unity, we’re making real-time video easily accessible for Unity’s massive game developer community to power the next generation of engagement-centric mobile games,” said Reggie Yativ, chief operating officer of Agora.io, in a statement. “Both Unity and Agora.io share a similar vision of powering the real-time generation, so we’re thrilled to become a trusted partner to drive the future of gaming together.”

The Genvid SDK lets developers easily create and deliver rich interactive broadcasts to live streamed audiences. You can create multiple camera angles and sync real-time data and events back into the game engine, making your streams look more dynamic — like the viewers are in the game. All of this works on multiple, popular live streaming platforms like Twitch.

These broadcasts can lead to new revenue streams, including video roll, campaigns, and even in-app purchases. The SDK takes care of many of the common obstacles, like network and server deployment, so game developers can focus on making their games awesome to watch.