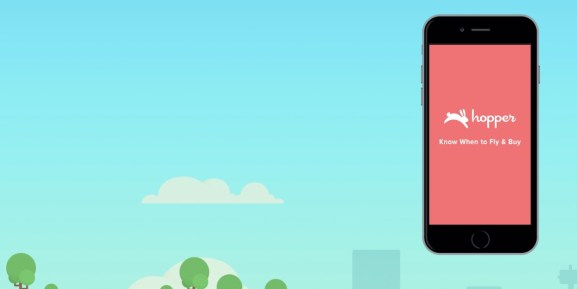 Hopper, a Montreal startup that leverages AI and machine learning to suss out the best available travel rates, is expanding its pricing predictions to hotels around the globe. It today announced that the Hopper app now covers over 270,000 properties in 230 countries across 1,600 major cities, up from 200 hotels across 20 U.S. markets in late 2018 and one beta market (New York) just over a year ago.

“Since [the launch of price predictions for hotels], we’ve amassed millions of historic hotel prices along with real-time pricing and demand data in order to accurately forecast future prices for hotels across the globe,” wrote Hopper in a blog post. “Most consumers miss out because they spot check prices about a month before their trip or wait until the last minute. Often times, the best deals can be found 2-3 months in advance.”

The newly expanded hotel-tracking feature, which will roll out to Hopper users on iOS this week with Android compatibility forthcoming, features filters for cities, neighborhoods, prices, ratings, and amenities to narrow down searches. As before, instructing Hopper to “watch” a point of interest has the app forecast and track prices continuously, issuing a push notification as soon as prices drop.

Over time, the app will begin to take into account personal preferences (like star rating) and broader travel trends to surface personalized accomodation suggestions. According to Hopper, about a quarter (25%) of bookings are the result of AI-driven recommendations, and 90% of sales come directly from push notifications.

Hopper claims that users save upwards of $90 per night.

“By extending our recommendation engine to hotels, our goal is to eventually be able to predict the perfect hotel for you before you even begin searching,” wrote Hopper.

Hopper is the brainchild of Frederic Lalonde, Joost Ouwerkerk, and a team of former Expedia engineers, who started the company in 2007. Founded in Cambridge, Massachusetts, it went on to book more than 75 million trips for its tens of millions of users prior to and after moving its headquarters to Montreal.

Hopper’s team spent six years in stealth building what they claimed at the time was the “world’s largest structured database of travel information,” but following its public debut in 2014, they noted a trend: Users were reluctant to decide on a destination until they knew the flight costs. So Lalonde and company decided to shut down the website, relaunch on mobile, and devote their development resources to a flight prediction system that would eventually achieve 95% accuracy.

The pivot was fortuitous. In just three years, Hopper managed to nab a small but meaningful slice of the roughly $800 million flight segment, with roughly $1 billion in airline ticket sales last year. (Hopper earns money through a 1-4% commission and a $5-per-ticket convenience fee.) And in the fast-growing travel markets of Europe and Australia, sales grew 154% and 290% year over year, respectively.

In October, Hopper raised $100 million in a series D fundraising round led by Omers Ventures, bringing its total raised to $184 million.