We already knew that HTC was seeding developers with new information on its premium tethered consumer PC headset Vive Cosmos ahead of a third-quarter 2019 launch, but no one realized that the version shown at CES this January wasn’t the final design. Today, HTC’s Facebook page revealed a “fresh off the line” version of Cosmos that looks substantially different than before, now sporting six inside-out tracking cameras and an edgier detachable faceplate.

Originally, Cosmos was shown with twin cameras on its face in roughly human eye position, plus left and right side cameras to provide additional hand tracking outside one’s field of vision. The new version adds two more cameras, one pointing up and the other pointing down from the frame, presumably to enable extremely wide vertical environmental and body awareness to the previously horizontal design.

The video also spotlights a new faceplate that matches the smooth metallic blue look of the goggles, but swaps the prior plain texture for a more sophisticated triangular lattice that somewhat resembles a honeycomb. While many of the holes are empty, possibly providing ventilation for components the front of the headset, the cross-shaped segment around the cameras is filled and solid. 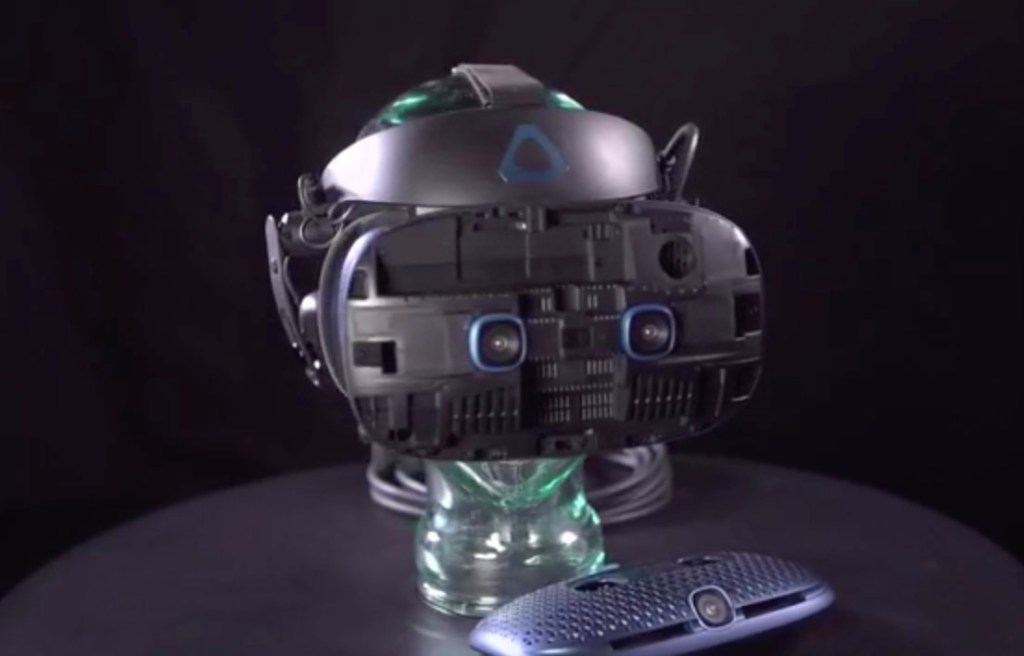 One surprise with the faceplate is that the new top and bottom cameras appear to be fully removed from Cosmos, lenses included, when the plate is taken off. It’s unclear whether that means the faceplate will be an optional accessory to the original four-camera design or a mandatory part of the system, though HTC is calling this a “new design” for the hardware. Since the company previously suggested that Cosmos will somehow be able to connect to devices other than traditional PCs, it may be preparing alternatives that reduce the connectivity demands for smartphones.

The video also shows what appears to be a single (but thick) cable connection between the headset and a computer, plus on-ear headphones; there’s no sign of the brand new controllers that were at the original unveiling. HTC is promising its first real discussion of Cosmos specs next week, which should hopefully provide some long-awaited guidance on both what will be included in the box and pricing.