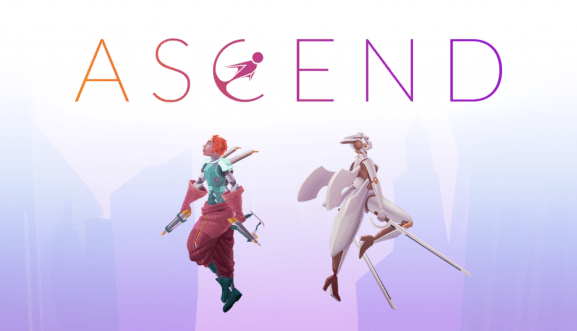 Back at the USC Games Expo in May, I tried out a game called Ascend, which was developed by students at the University of Southern California. All of the games presented at the USC Games Expo were made by development teams made up anywhere from two students to over 50. Ascend was one of the larger teams with over 50 people on the team. When I finished my demo, there was only one thing I could think about: the esports potential.

We’ve seen good movement in the VR esports scene recently. Back in April, Sony filed a patent for an in-VR esports tournament spectator system and just last week, VR League announced the Oculus Quest port of Onward, an impressive VR first person shooter. With both VR and esports becoming increasingly more mainstream, it’s only a matter of time before the two hit it off together.

When Tron: Legacy came out back in 2010, I wanted so badly to be able to play Disc Wars in “real life.” Whether it be an actual arena where I was hooked up to a bungee system, or a similar system to the Matrix … I wanted to play some sort of sport that seemed impossible, and futuristic. Similar in ways to Sparc and Echo Arena, Ascend gave me just that feeling.

Ascend is built around a unique VR locomotion system that the developers refer to as “Lean Motion.” Speaking with Team Newspaper Hats creative director Mark Yampolsky, he said when he first tried virtual reality, he loved the idea of being able to go to a different world, but not being able to move around naturally frustrated him.

“The first prototypes of Lean Motion came out of a desire to try building a locomotion system that was immersive, motion-sickness-free, and didn’t require any additional hardware,” Yampolsky said. “I found pretty quickly that by leveraging acceleration that players experience in real life through movement, you could avoid a lot of the problems that cause motion sickness.”

In Ascend, you lean to fly, feeling like you’re wearing a jetpack, a bit like the control system for Golem, but in the air. Plus, it doesn’t take a lot of floor space, and is quite intuitive to control.

The demo I played alongside Akshon Esports’ Adam Neylan had two playable characters: Mufid, and Gloriana. Mufid is referred to as “the inventor,” and uses a plasma blaster as his main weapon. When holding his gun sideways, he can charge Bullet Hell, a move that launches a bullet-trapping barrier at enemies. Gloriana, “the highborne,” dual-wields holoswords. She can slash or stab enemies with her holoswords, and has a move called Phantom Dash. When charging up Phantom Dash, you’re invisible to other players, which can help you get out of dicey situations quickly. If you’re familiar with Overwatch, Phantom Dash has a similar concept to Moira’s Fade move. 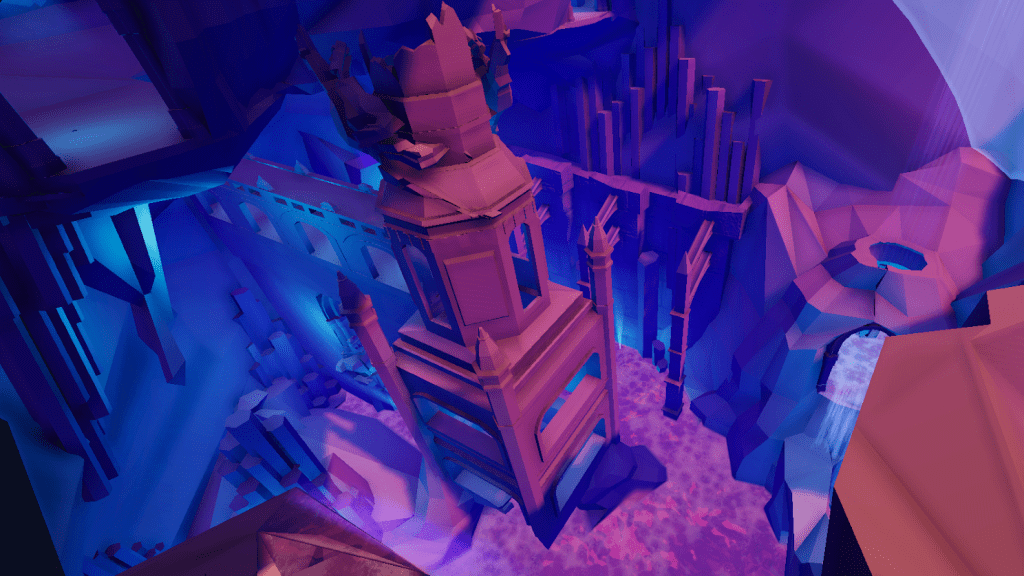 Above: A bird’s eye view of Ascend’s playing field.

Adam and I played the demo with two other people in a free-for-all setting. While I wasn’t very good at the game and was killed quite often, I still thoroughly enjoyed myself. The playing field and mechanics gave me a true sense of immersion, competition and intensity. It gave me that Tron feeling I had sought out for so long. Smooth locomotion often gives me motion sickness, but Lean Motion didn’t phase me. Adam had also mentioned having hyper-sensitive motion sickness prior to the demo, and he felt comfortable throughout the demo.

“We both would definitely love to see different applications where Lean Motion can be used because we believe that other developers could make super creative and fun games utilizing a system that causes 1-in-20 motion sickness,” Executive Producer Audrey Cheng said. “It’s much more intuitive than teleportation/thumbstick/zero gravity locomotion.”

Ascend reminded me of a lot of things — Tron’s Disc Wars, Final Fantasy X’s Blitzball, and even Iron Man – while still being totally unique, giving both hardcore and casual VR users a new experience. An experience that can be casual drop-in fun, or something much more competitive. Yampolsky described the game as “a pretty unique mix of a free-for-all deathmatch, oddball and capture the flag.” It may seem complicated and difficult to grasp, but it’s not at all.

The team has even prepared for low player counts post-release. The game is always free-for-all to accommodate lower player counts. “We’re pretty aware of the reality: it’s hard to keep concurrent player populations high in VR. It’s important to us that our players can play with other people as much as possible. That’s why we’re making Ascend free-to-play, and worked so hard to design the game mode to be fun, even if there are only a handful of people online.”

Ascend is dropping later this summer on Steam. The team is currently working on two brand new warriors – in addition to Mufid and Gloriana. Their goal is to show the physical and immersive nature of VR, and getting as many people to play as possible, so they can share the experience together.