Blizzard Entertainment has detailed some big changes coming to Hearthstone, including moving the Rogue card Vanish and the Priest spell Mind Blast to the Hall of Fame and introducing several new cards for the Classic set.

Hearthstone has been a big hit and king of the digital card game market since its debut in 2014. The digital card game market could be worth $2 billion by 2020. Hearthstone has reached over 100 million players, but the game has been around a long time, so updates like these are important. The free-to-play game has three expansions a year, but changes like this in-between those new sets keep the title evolving.

In a blog post detailing the change, Blizzard notes that a desire to strengthen class identity underlies these upcoming changes. Hearthstone has nine classes, and each one should have specific strengths and weaknesses. Priest, for example, is good at healing, copying minions, Deathrattle effects, and buffing single minions. It should struggle with card draw and dealing spell damage to the enemy player.

Big changes for Priest and Rogue

But since launch, Priest has had Mind Blast, a strong spell that deals 5 damage to the other player’s hero. Coupled with some combos, and a couple Mind Blasts could win the game in a single turn. That card will be going to the Hall of Fame, meaning you can still play it in the anything-goes Wild format, but not in Standard (which is the focus of Hearthstone esports as well as its most popular format).

Blizzard will replace Mind Blast with Radiance, which you can see below. 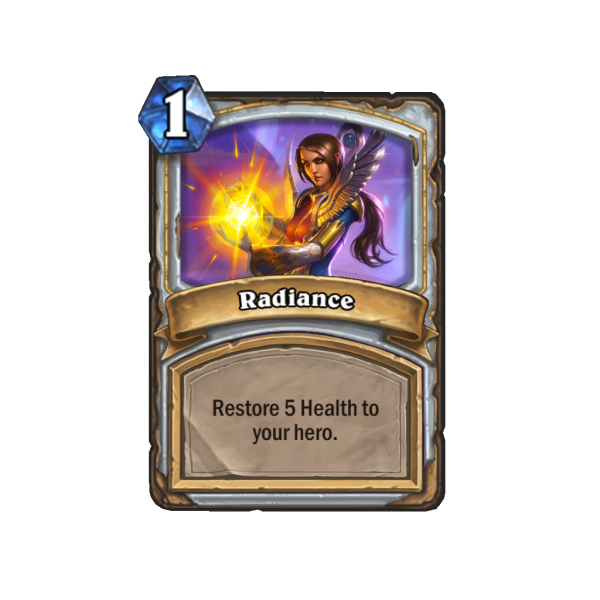 This new card will heal instead of attack, going more in line with Blizzard’s design philosophy for Priest.

For Rogue, Blizzard wants the class to be good at drawing cards, wielding weapons, and destroying single minions. It should struggle with healing and a lack of Taunt minions and board clears. Vanish is a spell that clears the entire board instantly. It is also going to the Hall of Fame. Rogues will get Plaguebringer instead. 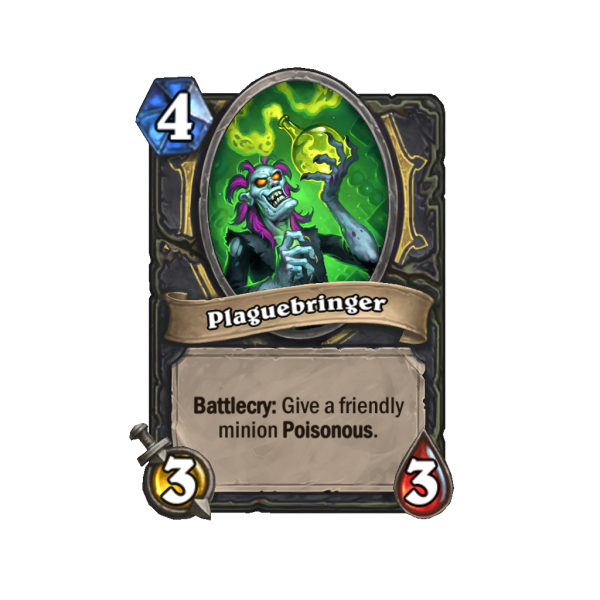 Above: Plaguebringer is the replacement for Vanish.

This new card will strengthen the Rogue theme of killing single enemies.

Aside from those two, Blizzard will add eight more cards to Classic. The Classic set never rotates out of Standard, unlike the cards that come from expansions. Blizzard has been sending some Classic cards to the Hall of Fame over the past few years, and these additions should help fill the holes created by those missing spells and minions. This includes two new Legendary minions, the rarest kind in the game. 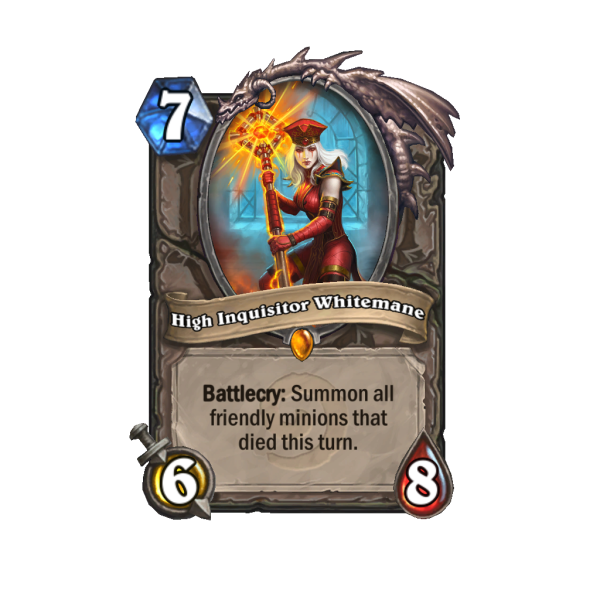 High Inquisitor Whitemane could be a strong tool in Zoo or Deathrattle decks that like to have a lot on minions on the board. 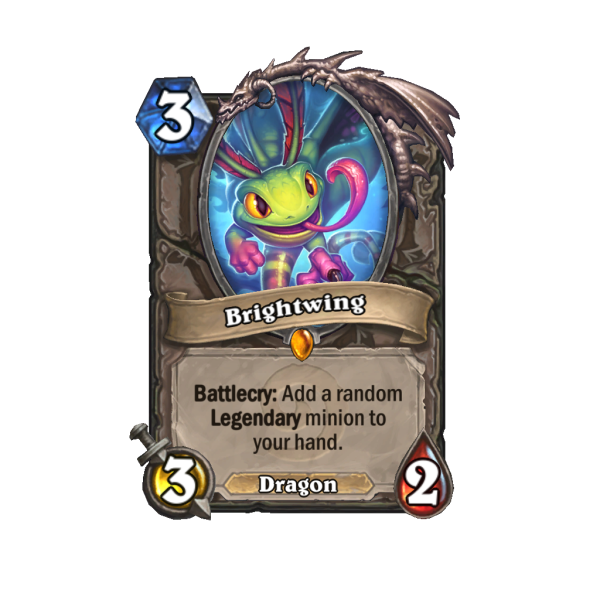 Brightwing’s effect is simple yet strong, but it’s also a Dragon. That could make him important for Dragon-themed decks that need other card from that clan to create synergies. 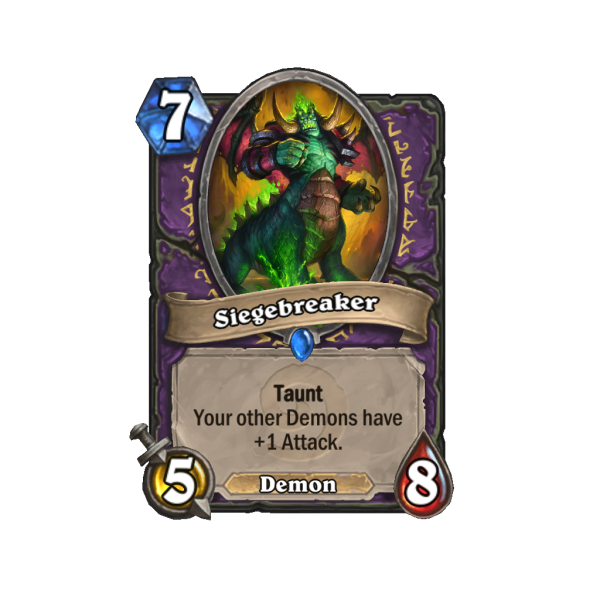 This could be a strong card for Zoo Warlock, as it will make your other demons stronger while protecting them. 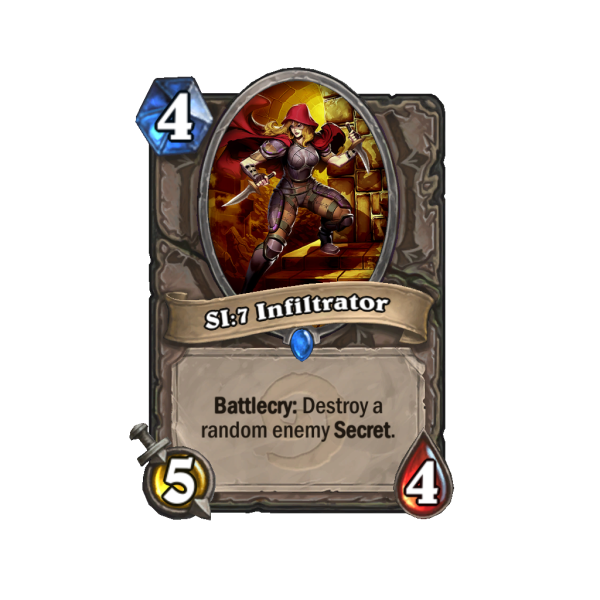 Not every class has Secrets, but SI:7 Infiltrator will be strong whenever Hunters or Mages get out of hand with them. And even if the enemy doesn’t have any secrets, 5/4 for 4 mana is pretty good. 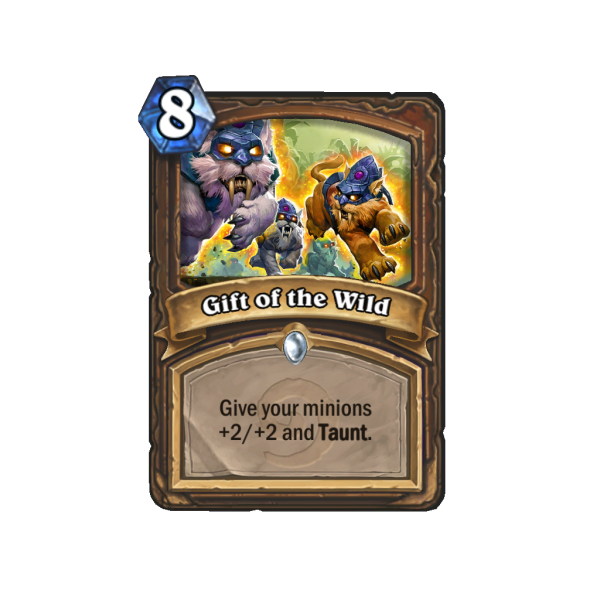 Above: Gift of the Wild.

Druid has a lot of cards that buff all of its minions, and now it has an expensive one. Token Druid should love this. 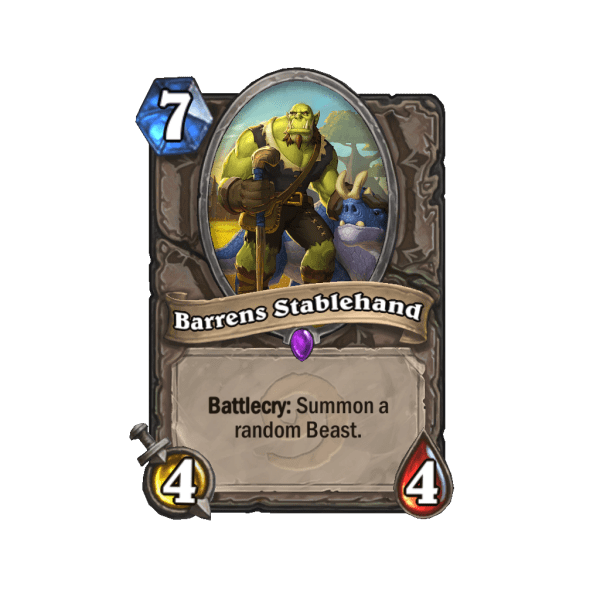 Another simple effect, this time with a weaker base stat line, but you could get really lucky and summon King Krush. 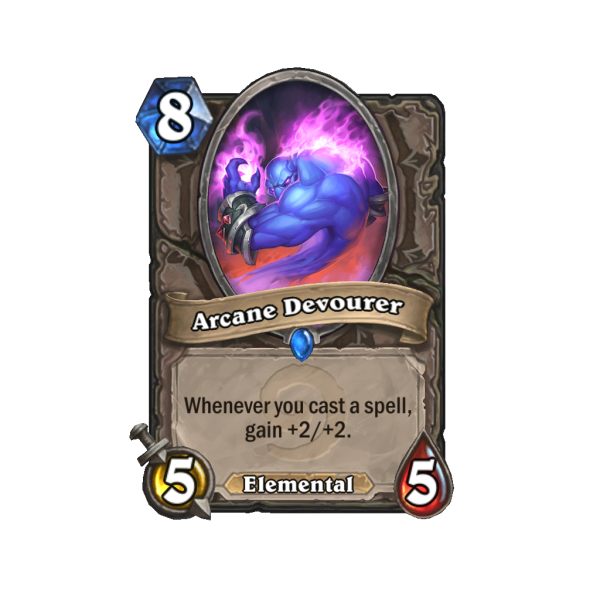 This minion could be strong in decks that play a lot of cheap spells, like Miracle Rogue.

As you can see, a lot of these new cards are pretty strong. They could have a big impact on the game.