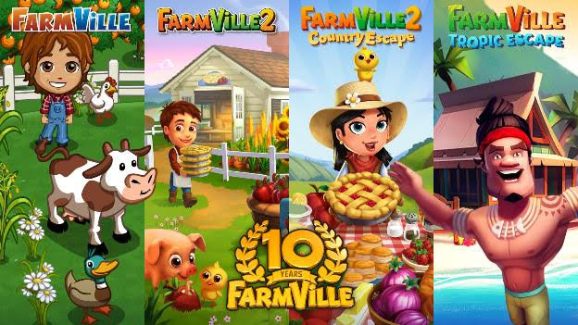 Time to party-hardy on the farm.

It’s been 10 years since y’all starting tilling your Facebook fields with Farmville, and Zynga is celebrating by announcing that the farming franchise is getting a new mobile game.

Farmville first came out June 19, 2009. It became a sensation on Facebook, but it also received criticism for how it had players sending requests to friends on the social network. This didn’t come close to derailing the franchise, which went on to spawn three more games over the years and result in 700 million installs over the past decade. And Zynga appears healthy again after years of struggling as it shifted from Facebook and Farmville dominance to mobile.

The new Farmville game is coming the Helsinki studio. “It will introduce players to new characters and brings an exciting twist to the FarmVille experience,” Zynga said.

As part of the celebration, Zynga’s adding Trisha Yearwood’s “Every Girl in This Town” and likeness to FarmVille 2: Country Escape, which came out in 2014. It’s the first of a number of celebration announcements Zynga’s making for the Farmville franchise.

The Farmville empire these days consists of:

Zynga declined to say how many of those 700 million installs came from mobile and how many people still play Farmville and Farmville 2 on Facebook. So I asked mobile research firm Sensor Tower what it’s gathered on Farmville’s mobile games over the years.

Sensor Tower broke it down as follows:

Twenty percent of the installs for these three have come from the United States, along with 62% of the revenue, Sensor Tower said. The breakdown regions with the most downloads and revenue follows: