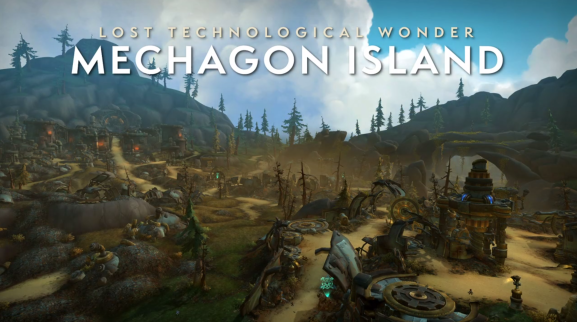 Mechagon is one of two new zones.

Blizzard Entertainment has released the Rise of Azshara update for World of Warcraft, and with it comes a bunch of new goodies for fans of the online multiplayer role-playing game.

World of Warcraft came out back in 2004, but a constant stream of expansions has kept the game relevant. But between those expansions (they are usually separated by a period of about two years), updates like this give players new things to see and do.

Rise of Azshara adds two new zones, the water-logged Nazjatar and the junkyard-like Mechagon. It also introduces several new systems, including mount equipment and essences, new items that you can equip to your Heart of Azeroth necklace to unlock new powers. Players can also learn flying in all of the zones introduced since the Battle for Azeroth expansion launched in 2018.

Rise of Azshara releases just a couple of months before World of Warcraft Classic’s August 24 release date. Classic will give players a chance to experience World of Warcraft as it was before the launch of any of its expansions. Both Classic and the current game will be available through the same subscription.