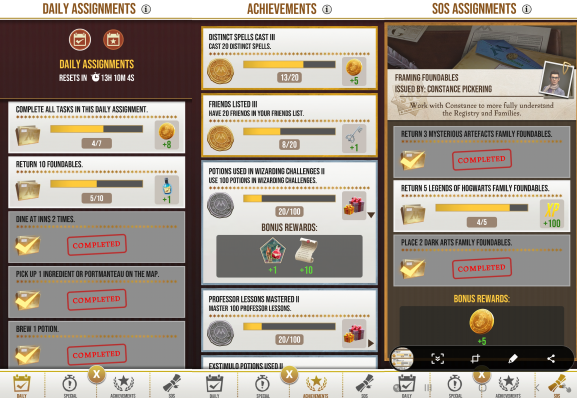 It’s finally here. Last week saw the launch of Harry Potter: Wizards Unite and, ever since, I’ve been obsessed. Those who have played Pokémon Go will find themselves on familiar ground. Both games were developed by Niantic and follow a very similar gameplay.

However, Harry Potter: Wizards Unite brings additional layers of complexity, making it a more sophisticated game. Some have even found the game complex and overwhelming at first, due to the sheer amount of features. If you’re in the same boat, don’t worry; in this article we walk you through everything you need to know about how to play the game.

The Wizarding World is faced with the sudden appearance of untraceable magic all over the Muggle world. This outbreak threatens to expose the Wizarding World’s carefully safeguarded Statute of Secrecy. To stop this, the Ministry of Magic has put together a task force formed of witches and wizards, who are responsible for finding these traces of magic and putting an end to them. You are one of these task force members.

Setting up your profile 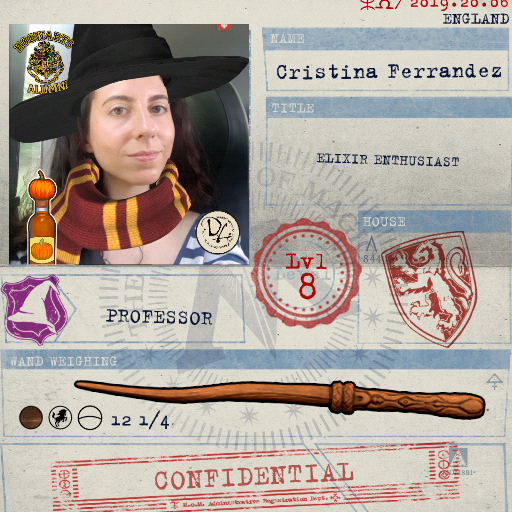 Above: My Wizards Unite profile

Like Pokémon Go, Harry Potter: Wizards Unite offers customization options for your character, but instead of an avatar, you can use AR face filters and stickers to customize your profile image.

You can also enter your name, title, Hogwarts House, profession and even your type of wand. If you’re a seasoned Potterhead, you might already have taken the Wand Weighing test on Pottermore revealing your wand’s specs, which you can now enter here. However, you are also welcome to pick whatever wand appeals to you! You may choose between wood type, wand core, flexibility and length.

This is also a good time to add friends who might also be playing, which could help you earn more experience and achievements during Fortress battles (see below!). Unfortunately, you can’t currently add friends directly from Facebook, so you’ll need to share your personal code for them to find you.

The friends function is still quite limited, and there is no such thing as Gifts, like in Pokémon Go. Moreover, it is currently not possible to access friends’ profiles, so when receiving friend requests all you have to go by is their username. Hopefully Niantic will update this feature to make the game more social.

Once you start playing, you will notice a Suitcase button on the bottom of your screen. This is the hub for all your items, which include:

Harry Potter: Wizards Unite follows a format similar to Pokémon Go. It displays your character on a map which is based on the real world and locations around you. On this map are buildings and items which you can interact with. 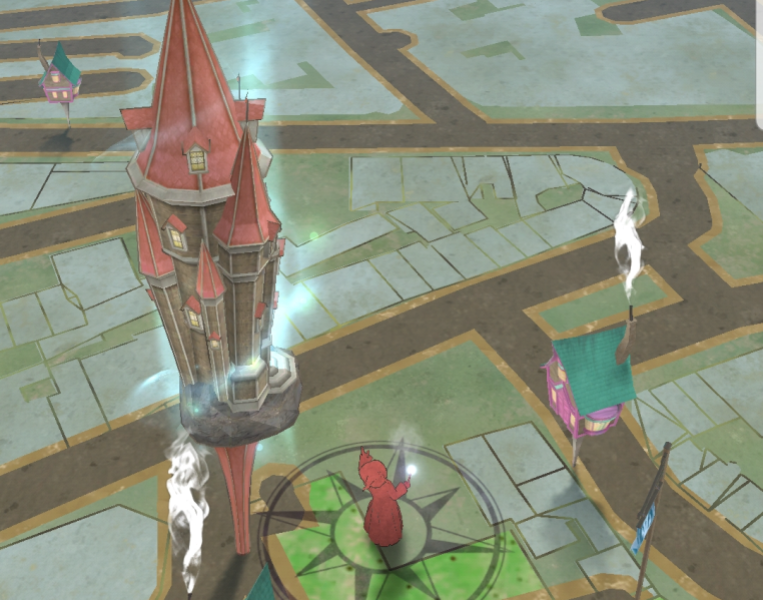 Above: The Wizards Unite map

Completing assignments gives you spell energy, XP and special items. So how do you complete assignments? By interacting with Buildings and Objects.

On the map, you will see around you a series of buildings of different styles. Similarly to Pokémon Go, these are based on real-life locations in your environment.

There are three main types of buildings: Inns, Greenhouses, and Fortresses.

Inns are buildings where you can gain spell energy. Spell energy is important because it allows you to cast spells at different points of the game. Annoyingly, spell energy is needed to complete every single spell throughout the game, including during fighting, which means that you may often find yourself out of energy. At such times, it is a good idea to visit an Inn to replenish it.

To access spell energy (in the form of “food”), you’ll need to trace the glyph on the screen. This replenishes every 5 minutes, so you can keep coming back as many times as you like. Another feature of Inns is planting Dark Detectors. You can plant these in the second tab of the Inn screen. These are similar to lures in Pokémon Go; you can use them to attract Confoundables to you over the next 30 minutes. 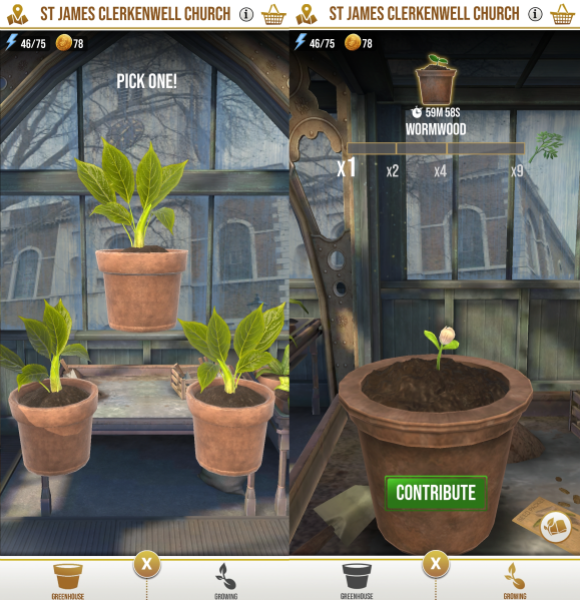 Above: A Greenhouse in Wizards Unite

Greenhouses provide potion ingredients that you can collect and use to brew potions. These also replenish every 5 minutes. To collect them, you’ll need to pick one of the plant pots on the screen.

In the second tab of Greenhouses you may also plant special ingredients, provided you have the right seeds and water. Once the plant is grown, you can return and collect it, and so can everyone else! Plants are communal, so keep an eye out for other Greenhouses where plants may be available for collection.

At Fortresses, you can battle creatures alone or alongside other players to gain XP and rewards. These are known as Challenges. You can activate Challenges by using a runestone, which should always match the level of the particular Challenge you selected (1 being the lowest).

This is one of the parts of the game where augmented reality becomes more central. To fight an enemy, you will need to first “place” it in your physical environment through your phone’s camera. You can do this by scanning your environment using your phone and then matching its position to the star symbol that the game indicates you towards. Once positioned, your enemy will appear in front of you, giving the impression that they are really standing there in the real world. You can also fight without the AR mechanic. 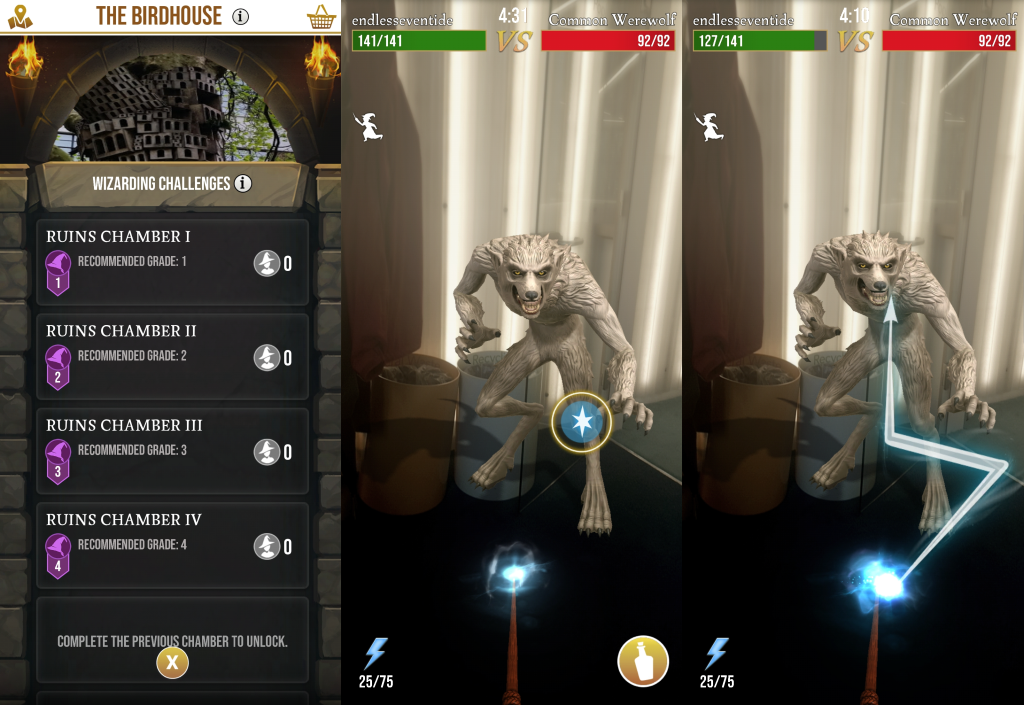 Above: A Fortress in Wizards Unite

To fight them, you will need to tap and hold the end of your wand, pointing it at the star symbol on the screen. Then you will be able to trace a spell of attack or defense. The better you trace the spell, the stronger it will be. You will have to repeat this process a few times until the enemy is defeated. You can also use potions during battle, either to restore some of your energy or to boost your attacks.

Each Fortress contains 20 different floors with differing levels of complexity; the higher, the harder it is to defeat the enemies. Once you reach higher levels, it will be best to battle alongside friends or other users to have the best chances at victory.

As well as buildings, you will notice that your map contains a series of objects scattered all over. These include Foundables, Portkeys and Ingredients.

The shiny circular things you see everywhere are known as Foundables. These are the magical objects and people that have been scattered all over the Muggle world, and which you must free and send back to the Wizarding World. Foundables include wizards, creatures and items. Similarly to Fortresses, you must place Foundables in your physical environment through your phone screen, but you can also turn AR off for this feature.

Above: Tracing objects to cast spells in Wizards Unite

Foundables are guarded by Confoundables: dark creatures that are menacing them. In order to free them, you must trace the right spell, often a few times if the Confoundable is too powerful or resistant. The better and faster you trace the line, the stronger the spell.

After you’ve freed it, the Foundable will be listed in your Registry, which is akin to the Pokémon Go Pokédex. This is a collection of all your Foundables and the aim of the game is to, well, catch ‘em all.

The Registry is split into categories (from Care of Magical Creatures to Magical Games and Sports), which correspond to the different colors of Foundables on your map. The more Foundables you collect the higher the rank you will achieve for that particular category.

Each category is further split into rooms (such as “Hagrid’s Hut” and the “World Cup Grounds”). Once you collect all Foundables in a particular room, you may then “Prestige” it, restarting the process again so that you can continue collecting the same Foundables and increasing your XP.

Portkeys are the result of using a key to unlock a Portmanteau. These are similar to the Eggs of the Pokémon Go universe. The more you walk, the sooner the Portkey will be ready to be activated.

Once your Portkey is ready, you can place it on the floor in front of you, resulting in a portal, which you can literally step into. The portals are one of the most impressive and fun parts of the game as they transport you to iconic locations such as Ollivander’s shop and the Hogwarts Express.

After walking through the Portal, you will be able to explore 360° around you. Your mission will be to locate five different glowing orbs hidden in the room. Once you tap on them, you will gain bonus rewards such as XP and coins.

Potions can be brewed from the ingredients you collect on the map. Different combinations of ingredients will result in different kinds of potions. You may reduce brewing time by performing the right Master Notes. These are series of wand movements that must be completed in the right order. You can find out more about types of wand motions by clicking on the “i” at the top of the screen.

It is worth noting that once you’ve collected a few objects, the storage space in your Vault might run out. If this is the case, you can go to your Vault and delete some items.

Above: The Professions skill tree in Wizards Unite

The final thing you should be aware of when playing Wizards Unite is Professions. These unlock at Level 6.

There are three types of professions: Magizoologists, Professors and Aurors.

Once you’ve picked a Profession, you will begin to fill out your Skill Tree, which can be found under “Profession” in your Suitcase. In the Lessons tab, you will be able to use earned scrolls and other items to upgrade skills such as Stamina, Power and Precision. The more of these you complete, the farther down the Skills Tree you will go.

How AR plays out in Wizards Unite

One of the things I was most excited about with the release of Harry Potter: Wizards Unite was how the AR features have evolved since the launch of Pokémon Go, which had notorious AR.

Wizards Unite is definitely an improvement, doing a much better job of placing items in the real world. The inclusion of things like portals also makes the game much more exciting. The game also offers face filters that allow you to customize your profile picture, which is quite a fun feature.

On the other hand, some features don’t take full advantage of AR. For example, after facing a Confoundable or enemy through the phone screen, the game simply takes a picture and the resulting fight is not AR-powered. However, this has definitely marked an improvement and I look forward to what the AR evolution for the game might look like!

Cristina Ferrandez is Growth & Marketing Manager at Poplar, a platform that empowers anyone to build their own augmented reality experiences.

Correction, 6/27 8:00 a.m. Pacific: Clarified that you can turn AR off for the Fortresses and Foundables.