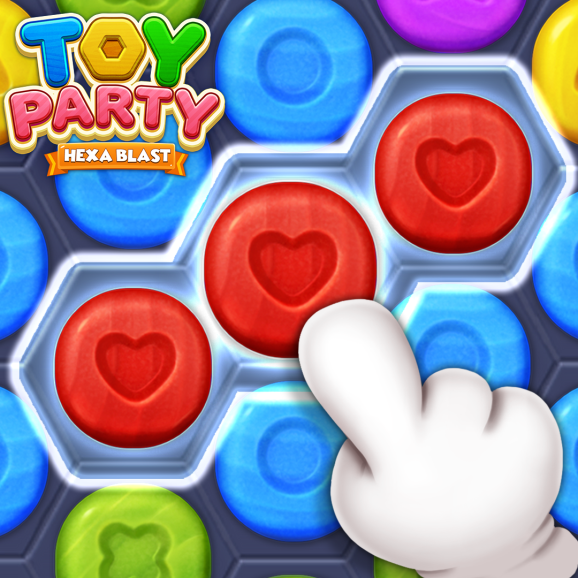 Tilting Point announced today that it is entering a long-term publishering partnering with South Korean mobile gaming developer CookApps. This will include a $20 million campaign to increase user acquisition on CookApps’s match-3 puzzle game, Toy Party.

“CookApps has done an incredible job marketing Toy Party, but being free-to-play experts in the West, we can see a tremendous amount of unfulfilled potential,” said Tilting Point president Samir El Agili in a press release sent to GamesBeat. “Our data proves our past successes boosting Eastern games in Western markets, and we are very excited for our live publishing partnership with CookApps to greatly increase Toy Party’s popularity amongst Western audiences.”

While most match-3 puzzle games, including Candy Crush Saga, have players moving blocks in one of four directions, Toy Party makes things a bit more complicated with hexagonal pieces that go move in six directions.

“Tilting Point has a deep understanding of scaling great games, and we are excited to partner with their team of experts to continue building global momentum for Toy Party.” said Joonghyun Ahn, studio sirector of CookApps, in the press release. “Toy Party has already been a breakout hit in an overly populated match-3 genre, and this campaign will allow our game to stand out and compete with some of the biggest puzzle titles in the space all over the world.”