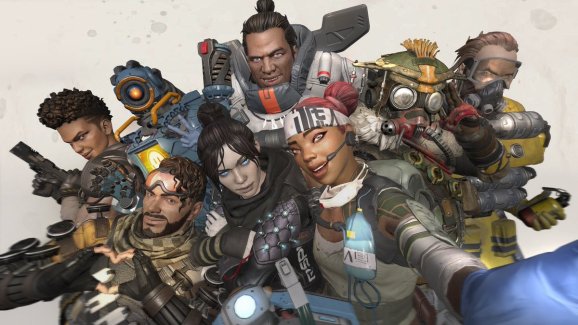 Twitch Prime is giving away new gear for gamers, including unique free in-game content for Apex Legends and EA Sports titles on Prime Day, or July 15 and July 16, when Amazon has big discounts on its merchandise for Amazon Prime and Twitch Prime members.

Twitch Prime is also holding two events around Prime Day where it will bring celebrities, game streamers, and Amazon Prime members together for competitive gaming tournaments for Apex Legends and EA Sports games.

Amazon Prime is a pretty good bargain for $10 a month, and a lot of Americans are taking advantage of it for free shipping and access to premium content. But many people may not know that it also gives them a membership in Twitch Prime, which offers members a lot of gaming deals.

And now Amazon is beefing up Twitch Prime again with a lot of new benefits for gamers.

“Our goal has always been to be the best deal in gaming,” said Ethan Evans, executive vice president of Twitch Prime, in an interview with GamesBeat. “Being a subscriber should be a no brainer for a gamer.”

Evans noted that Twitch Prime is platform agnostic. Anything you get from the program can be used wherever it is tied to a specific device or distribution channel.

On top of that, Evans noted that Prime has given out a lot of content.

“If you played all the different offers in Prime across all the games last year, you would have ended up with more than $3,000 of gaming content,” Evans said. “And this year, we’re already at more than $2,000. We expect to eclipse last year’s total. And as you may have seen, we’ve done great games this year, League of Legends, Call of Duty Black Ops IV. Nintendo Switch Online.”

Evans noted that many people may not know that they already have the benefit of being Twitch Prime members if they are Amazon Prime members. Amazon’s Prime Day is coming on July 15-16, and it will offer a lot of deals.

Twitch will hold a live event in honor of Prime Day, with a couple of celebrity tournaments for a EA Sports game in London and Apex Legends in Las Vegas. At those events, Twitch will have a variety of musicians and other celebrities playing along with streamers on twitch.tv/twitchprime starting at 10 am Pacific time on July 13. Special guests in London include Sir Mo Farah, Thierry Henry, and Leticia Bufoni. And special guests in Las Vegas include Murda Beatz and Dillon Francis.

“This really builds on that it’s bringing our communities together to really show what’s in prime and what’s possible,” Evans said. “And so as a part of those events will be releasing new content in both games. So we’re pretty, we’re pretty happy about that. And then just continuing the content is coming in that period.”

Above: WTF! Deantak has shown up on a victory screen in Apex Legends?

When Amazon cuts this kind of deal with developers, they usually see more people taking advantage not only of the free content offered, but also other content in the game, Evans said.

“So people, including Prime members, go on to buy other things in the game or explore other parts of the game,” Evans said. “The developers generally see engagement. So they get a lot of benefits of people enjoying their game.”

Another benefit of Twitch Prime is that you get a channel subscription to the streamer of your choice.

“So the way streamers are supported, is through channel subscriptions, as one of their main ways of earning a living and in interest, you get the chance to subscribe to streamer of your choice, which gives you benefits in the channel special status,” evans said. “That is part of prime, at no additional cost. Normally, that’s $5 a month if you do it directly without.”

Twitch Prime members are allowed to share some of their rewards with friends, and that helps get the friends more interested in the games that their friends are playing.

“We’re going to add the ability to give some of the content and time to other ambassadors experience will be launching later this summer. It’ll operate through Twitter. And I think that will really jump out one more great thing about being a Prime member,” Evans said.

“And second thing we’re going to do is we’ll be launching a new mobile experience, which will allow you to access content from your mobile phone, but also have new mobile offers,” Evans said. “So today, Prime is focused on core games on the PC and consoles. But we’re excited to expand that and start addressing the large and global mobile audiences.”

“I’m sure you’ve heard Jeff Bezos say that it’s irresponsible not to be a member of Amazon Prime, given all of the things you get,” Evans said. “We are carrying the same thing over with Twitch Prime.”