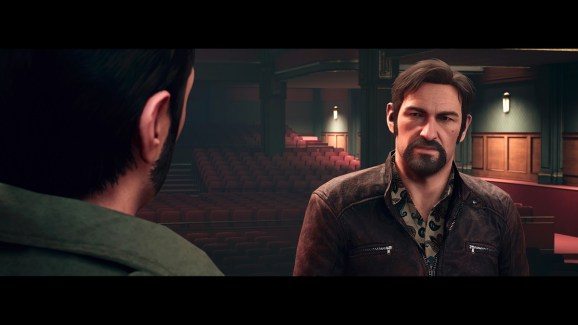 Leo (left) and Vincent have to rely on each other in A Way Out.

Joseph Fares, founder of the Hazelight game studio in Sweden, believes that video games are a unique medium where you can take advantage of interactivity and gameplay to convey key parts of a story, rather than passive cinematics that are more like films.

Fares, who is famous for saying “fuck the Oscars” on The Game Awards, said he works first on gameplay and game concept rather than the story or script behind a game first. That’s because he wants to get away from the purely passive watching of film and take advantage of the unique interactivity of video games.

Fares used to make films, but now he has created award-winning games like Brothers: A Tale of Two Sons, and A Way Out. Both were known for their unique game mechanics.

He admires games such as What Remains of Edith Finch, where the player is constantly doing things that require constant interactivity, even while the story is being conveyed at the same time. And he thinks there is nothing wrong with a linear story, like in The Last of Us, where the game director has a vision and makes a story with a linear narrative and a single ending.

I interviewed Fares and David Cage, cofounder of Quantic Dream, about their approaches to storytelling in games, onstage at Gamelab. But this interview is a transcript of a separate conversation I had with Fares about a similar topic, where he fully explained his point of view. 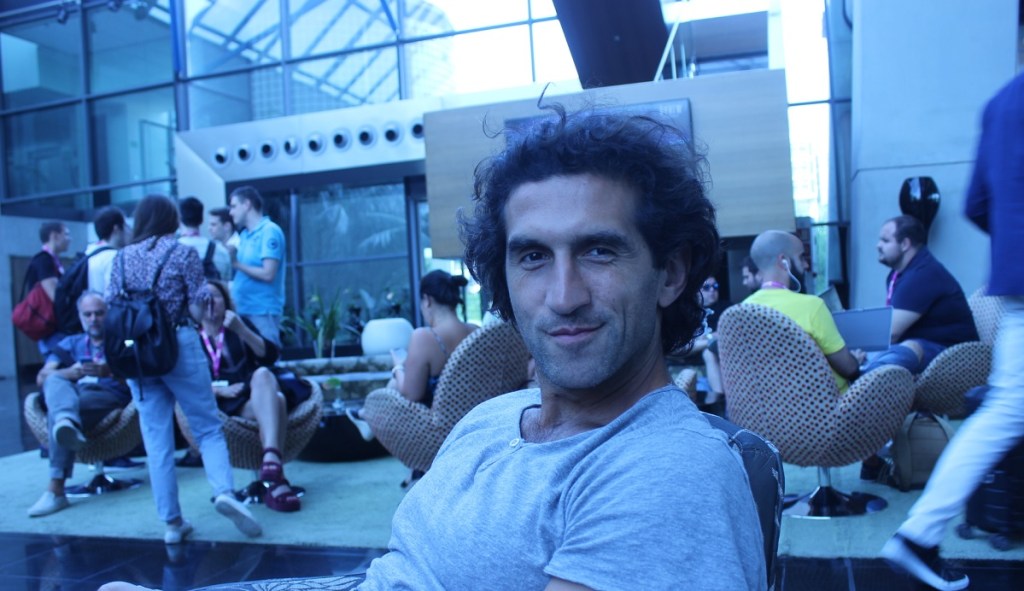 Josef Fares: That’s a big topic for 15 minutes. [laughs] Like I said yesterday, it’s important that the mechanics — David and I have a different opinion about this, but interactivity is very important. What I mean by that, for me there’s always the mechanic and the concept of the game. That’s number one. When that works, then that dictates what the story is about. Otherwise I feel that the experience becomes too passive. When I focus more in a passive mode, looking, than actually interacting, then I feel it’s getting more like a movie.

Maybe I’m allergic to that because I have a movie background and I want to get away from it. I want to get to more interactivity. What I mean about interactivity, it’s also the response time between me and the character. When I move, something happens. That’s something I want.

GamesBeat: I wonder how busy the gamer needs to be. They could watch cutscenes for a couple of minutes and then play a lot.

Fares: That’s fine. But I’m really keen to know if there are any ways of making a cutscene more interactive and playable. My dream would be that you never take away control from the player. One could argue that Half-Life 2 is a great game where you pretty much don’t have a cutscene. It’s all interactive. But I’m thinking about taking the next step, where you’re part of the storytelling. We have to make sure you don’t fuck up the scene, but that’s something that triggers me a lot.

I do like games like The Last of Us, which has cutscenes. But if you look at Left Behind, the DLC, I believe you have scenes where they’re going around shooting, throwing bricks, testing these masks — these are game mechanics that push the story even more. You’re part of it. You’re playing in the arcade. I really like those mechanics more than the actual game, if you ask me. Variety is super important for storytelling. Some storytelling games become so boring because they’re repetitive. 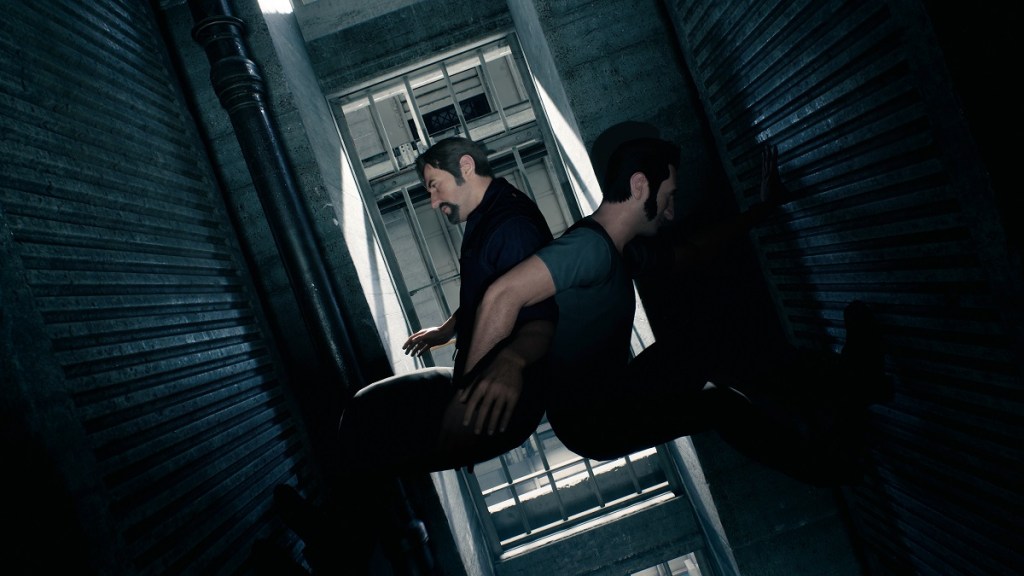 Above: Escape the prison in A Way Out.

GamesBeat: With The Last of Us part two, they’ve already showed more things you can do that are interactive that you couldn’t do in the previous game. You can go underneath a truck, or squeeze yourself between two walls to get away from somebody who’s chasing you. They make the game character and the game world interact more. There are more things in the world — if you knock on a door, something’s going to answer.

Fares: Exactly. That’s something that really triggers me. But it’s way more content, way more work. That’s why sometimes — I think we have a serious problem in this industry, where we’re focusing so much on replayability while we have way bigger problems with finishing a game even once. We should focus on figuring out why players aren’t finishing our games. We shouldn’t be proud of having 50 percent of players finish a game. That should be a question we’re asking. What’s going on?

GamesBeat: You mentioned that you start by focusing on gameplay first. David Cage mentioned that he starts with a story first. Why do you think there should be this difference?

We talked about touching people emotionally. I’m emotionally touched by many movies, and those are entirely linear. People think that linearity is supposed to be bad, but for me it’s the opposite. Both should exist. Not just open worlds. There shouldn’t be anything negative about saying “linear.” It’s a question of fits which game. People aren’t finishing open world games. Truly, they’re not. And when you’re making these games you end up having to copy and paste to make them that big. 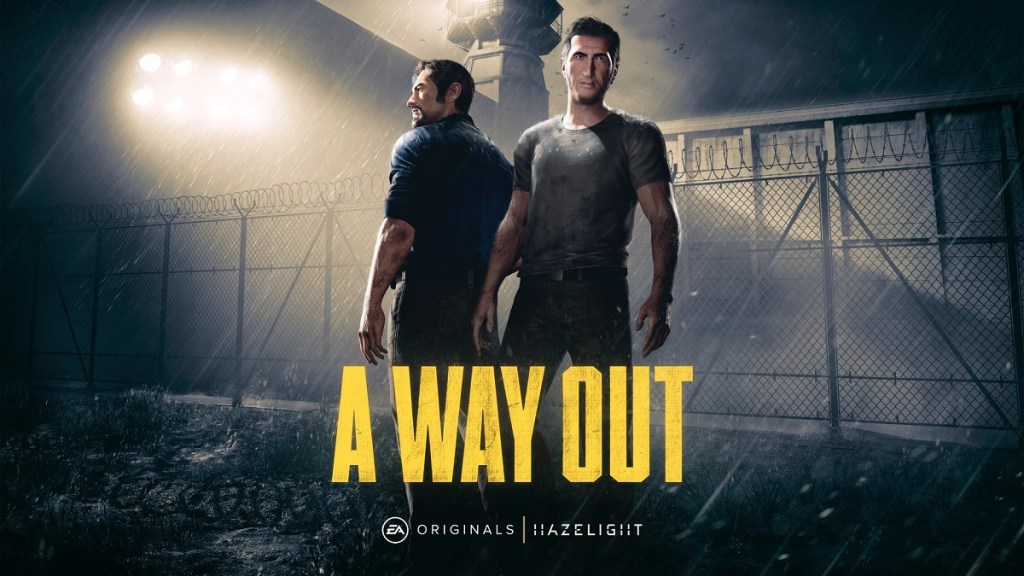 GamesBeat: So you’re not necessarily a fan of games that have 10 different endings?

Fares: I’m not saying I’m not a fan. I’m just saying it’s sad, because not very many people reach the ending in the first place. Some few people do replay, but there aren’t that many. I’d rather focus on the experience itself. I lean toward something more like The Last of Us, which is a totally linear experience, but it really affected me. I want to experience something like that from start to finish.

I know there’s something really cool about having different experiences as you play, and that’s fine. Those games should be there. But the problem I see is that those games are being hailed as the way to make a game, and that’s what concerns me. People regularly say “linear” like it’s not good. Why? Come on. The Last of Us is one of our best games ever. I need both. I prefer linear games, because I want to have an experience from beginning to end and enjoy it. I do like some open world games and RPG games, but you have to recognize that people say “linear” is something negative, and I don’t like it.

GamesBeat: Do you think there’s a difference in that you’re an indie with a limited budget, whereas some of these games like Red Dead can have 2,000 people working for seven years? They can get carried away with their story and content.

Fares: Right, and they can work for as long as they need to. But I don’t think so. It’s getting easier to make a big game, a long game today. But I never ask how long a game should be. The game should be as long as it needs to be. As an artist, a developer, a director, I want to always push the limits of possible. Can we do this? Can we change that?

I like to explore new ideas. There’s so much to be explored out there. Sometimes I get surprised by how many remakes are out there, because there are so many new things to explore creatively. Also, from a storytelling perspective, I think we have way more stuff to discover that’s unique to the gaming medium. We can look at movies and get inspired by them, but I think games have something totally unique around telling a story. Those are the ideas and concepts I want to explore. That doesn’t matter if I’m indie or triple-A. It’ll always be the same for me. 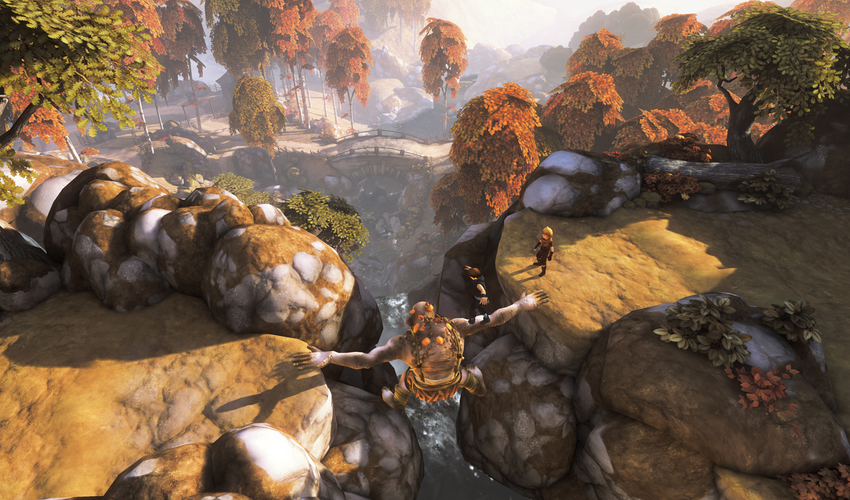 GamesBeat: As far as fan reactions to your last game and what you’re taking from that as far as storytelling in your next game, are there any lessons you learned from how players felt about the ending or other things?

Fares: In A Way Out, I don’t know if there are any lessons. It’s not like I feel like, “Oh, we should have done this different.” The only thing I miss thinking about A Way Out — I wish I had more money and time to polish and make the mechanics feel more fresh and unique. But I didn’t have the time for that. Considering what we had, it’s very impressive. Sure, we were compared to Shadow of the Tomb Raider. It is what it is. It looked like a triple-A title.

GamesBeat: Do you see anybody else who’s inspired by this same way you have of doing these things?

Fares: One game I really enjoyed was What Remains of Edith Finch. I know some people call it a walking simulator, but for me it really wasn’t. It was trying to create a feeling. There were some scenarios I really enjoyed, playing around with different kinds of interactivity. But there aren’t many other games that have hit that yet. It’s happening slowly now. We’re seeing some great work. The only thing I feel like we need to stop is making games so long, or every game needs to be open, or every game should have thousands of choices. Who even has time for that shit? 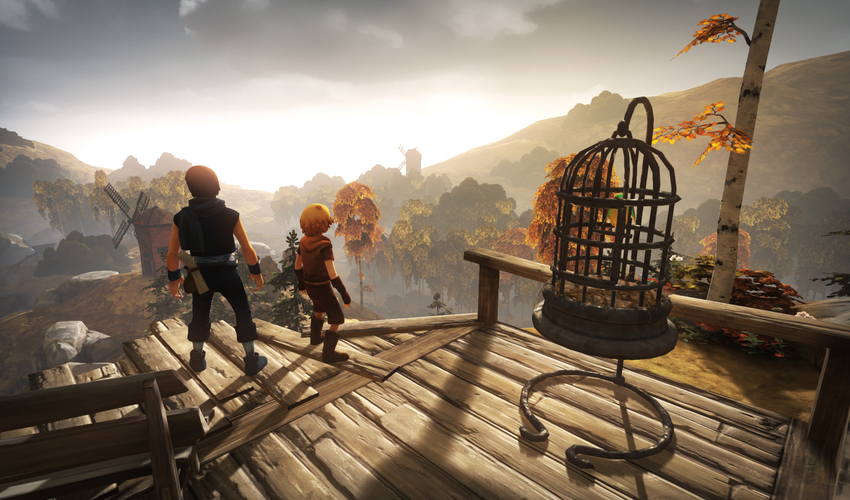 GamesBeat: Are you looking forward to ways the inputs for a game system could change in the future? All these things that virtual reality might develop.

Fares: Those things are definitely part of the gaming future. I believe in VR and AR. But I think it’s a bit further in the future. It’s too early now. The technology is too messy. If you look at a movie like Avatar, what is that? It’s really a VR game. This guy goes into VR and lives in another world. I don’t see any reason, when we reach that point, where we can literally live in another world — I don’t see any reason why people wouldn’t love that. But we’re not there yet. When the technology gets to a place where you literally are another character, that’s going to get fucked up. We’re going to live in parallel worlds.

GamesBeat: But you’d never have a game like Brothers anymore, because you wouldn’t have a controller anymore.

Fares: That’s fine! I’m not saying it’s going to take over. I’m just saying I think it’s going to be huge. But it’s still early. VR is cool, but it’s not really there. Some games feel good, but you still have the dizziness, stuff like that. It’s also about how you pace a VR game. I talked to a guy from Sony yesterday, and he said something very interesting. You can’t have something like a regular shooting mechanic that goes on forever, because you get tired of squeezing your hand.

He also pointed out that the cutscenes you do in VR are naturally way more interactive than regular cutscenes in a game, because it’s enough for a character to just reach out their hand. You can touch something and something happens. The choices are based on your physical movement, instead of just picking a piece of text. If someone gives you an object, you can take it or not. I like that it’s actually physical.