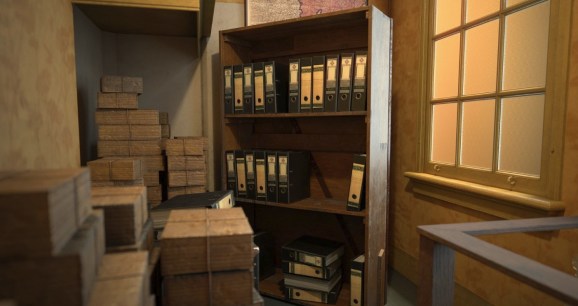 A bookcase opens into the secret annex of Anne Frank's house in Amsterdam.

Just over a year ago now Oculus and Force Field VR released a VR experience based around Anne Frank. The piece was released on Frank’s 89th birthday on Oculus Rift, Go, and Gear VR. And just after Frank’s 90th birthday passes, the app also arrives on Oculus Quest.

You’ll be able to tour every room of the “Secret Annex” in which Frank and seven other Jewish people hid. Quest’s six degree of freedom (6DOF) tracking allows you to walk around and interact with environments like they would on Rift with the freedom of a headset like Go. Each room of the building has been painstakingly recreated in virtual form to provide an authentic experience. Notes, pictures and other items are scattered about the environment to give you a deeper understanding of what life was like.

Overall it’s a powerful example of how VR can transport us around the world and bring us closer to experiences we might otherwise never have. It lasts around 25 minutes.

The piece is currently up for the VR Social Impact Award at this year’s VR Awards.

For Quest, it’s one of the first educational apps we’ve seen for the device. So far the headset has been treated mainly as a gaming console, an approach that’s drawn criticism from the wider VR community.