Blizzard Entertainment announced today that Saviors of Uldum is the next expansion for Hearthstone. The new set of 135 cards will release on August 6.

The digital card game is the king of its genre, amassing over 100 million players since its 2014 debut. The digital card game market is expected to be worth $2 billion by 2020. Blizzard releases three expansions a year for the free-to-play game to give those fans a reason to spend more money on digital card packs. It can also help keep Hearthstone competitive against other digital card games like Magic: The Gathering Arena and the new auto chess games like Dota Underlords, which has been cutting into some of Hearthstone’s Twitch viewership.

Saviors of Uldum will bring back the characters made famous in the 2015 League of Explorers set: Elise Starseeker, Brann Bronzebeard, Reno Jackon, and Sir Finley Mrrgglton. It is also bringing back Quests, a kind of card that gives players a task and a special reward for completing it. Quests were introduced in the 2017 expansion Journey to Un’Goro. This is the first set to bring them back as a group, although Elise also showed up in Journey to Un’Goro. 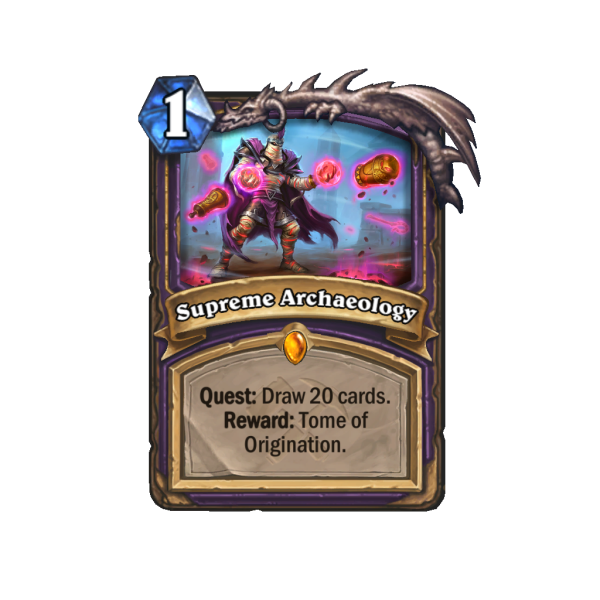 Quests had a mixed reception, with many fans loving the idea but feeling that the execution was lacking. Some Quests were powerful, like the one for Rogue that had to be nerfed several times, but many of them were too weak to see any play. This new set gives Blizzard a chance to take another swing at the concept.

The expansion is also adding a new keyword: Reborn. Cards with the Reborn tag come back to life with 1 health after dying. 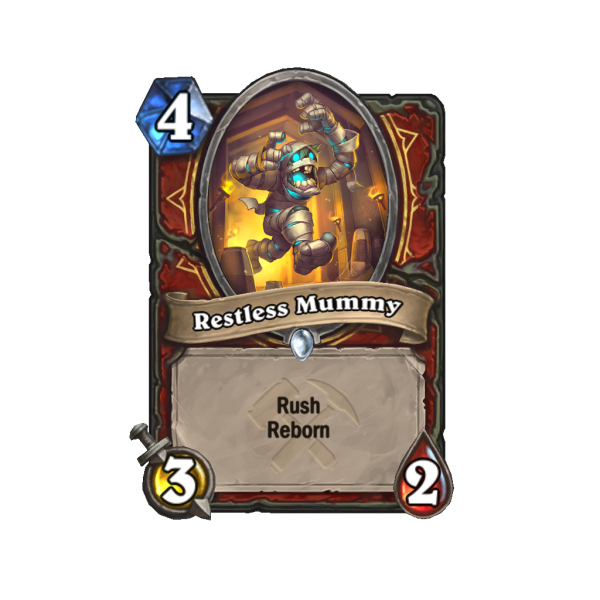 Five of the game’s nine classes — Rogue, Warrior, Warlock, Shaman, and Priest — are also getting Plague cards. These are expensive spells that will impact every minion on the board. 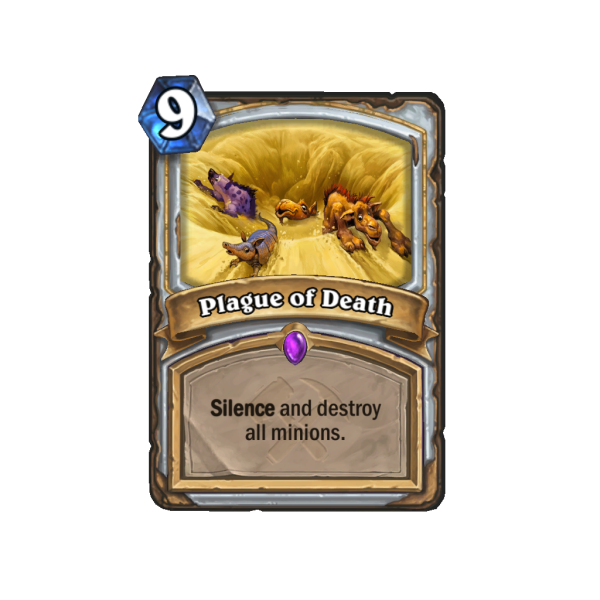 Above: Plague of Death.

Saviors of Uldum is continuing the story started in the last expansion, Rise of Shadows. Blizzard is planning to tell a continuous narrative with this year’s sets, so Saviors of Uldum will be the second part of a trilogy of connected expansions. The League of E.V.I.L introduced in Rise of Shadows is travelling to Uldum, and the League of Explorers is looking to thwart their plans.

Uldum is a World of Warcraft location that first appeared in that game’s third expansion, 2010’s Cataclysm. Uldum is a sandy place with architecture inspired by Ancient Egypt. The entire land is also a super weapon capable of destroying all life on the planet, which may have something to do with the League of E.V.I.L.’s plans for the place.