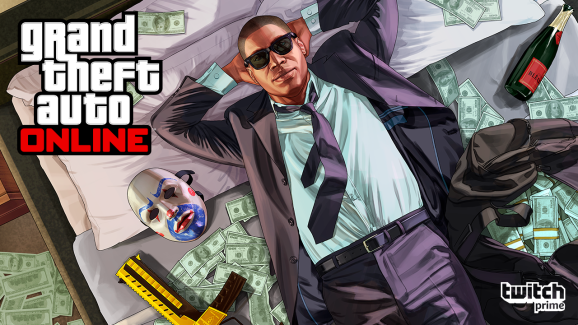 GTA Online may get a full followup near its 10th anniversary.

Amazon and Rockstar Games are partnering up to deliver some extra goodies to Twitch Prime members. If you’re one of the millions of households with Amazon Prime, you can link that account to livestreaming platform Twitch. With Twitch Prime, you can subscribe to one channel per month, but you also get a regular delivery of goodies primarily for live-service style games. Now, Rockstar is getting in on some of that action.

As part of this deal, Twitch Prime members get bonus content for Grand Theft Auto Online and Red Dead Online today. Twitch does this to give people an incentive to keep an active Amazon Prime account. Amazon purchased Twitch in 2014. It has since used it as a way to target products at the gaming audience.

And while Twitch has also given away free games, its Prime Loot has begun leaning heavily toward live-service titles. While you can get a Netflix style subscription through Xbox Game Pass and Discord Nitro, and Epic Games has a free game every couple of weeks, Twitch is trying to serve the massive audience for online multiplayer. Its other Prime Loot drops include items for Apex Legends, Fortnite, and PlayerUnknown’s Battlegrounds.

This strategy helps keep Twitch popular with an audience that loves to play, watch, and broadcast live-service games.

For Rockstar, its items are available on Twitch Prime starting right now. They include the following:

Once you have Twitch Prime, go to Twitch.tv and click on the crown icon on the top right. This will take you to the Prime Loot page. Click “Learn More” under Red Dead Online or GTA Online, and then click the “Claim” button. You will then need to link Twitch to your Rockstar Social Club account.

It all sounds more complicated than it is.