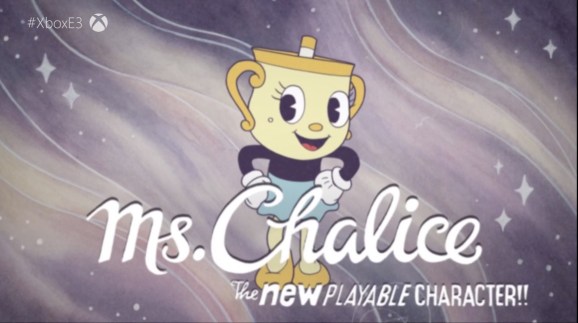 Cuphead is getting a new character.

Studio MDHR announced today that Cuphead: The Delicious Last Course is now coming out in 2020. The developer had planned to release the downloadable content this year.

Cuphead came out for Xbox One and PC in 2017, and a Switch port released earlier this year. The sidescroller run-and-gun game features hand-drawn animation inspired by the classic cartoons of the early 20th century. As of August 2018, it had sold over 3 million copies.

The Delicious Last Course will add bosses, challenges, and a new playable character: Ms. Chalice. It will release for all platforms that the original game is available on.

Studio MDHR noted in a blog post that the delay will help keep its team from overworking, noting that “the development of the original game taught us a great deal about the importance of making things in a way that’s healthy and sustainable for our team.” Crunch has become a hot topic in the industry, with companies like Treyarch and Rockstar Games coming under fire for overworking its employees.