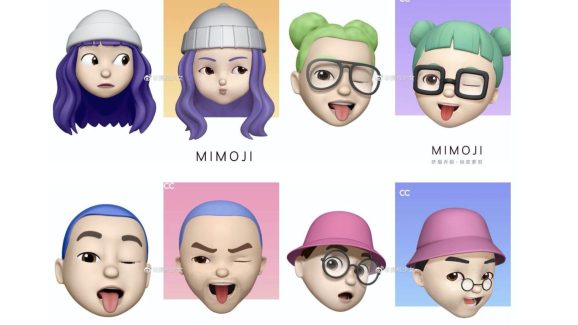 Apple’s Memoji may have become the more popular 3D avatar feature for smartphones, but Xiaomi wants people to know that its similarly named version — Mimoji — came first, despite increasingly confusing overlap between the apps’ names and features. Moreover, it’s apparently threatening legal action against writers who call it a copycat without providing proof.

In September 2017, Apple introduced Animoji as an iPhone X-exclusive component of Messages, enabling the high-end smartphone’s users to see their facial expressions rendered in augmented reality as one of 12 animated emoji glyphs, including pig, fox, rabbit, panda, and poop icons. On June 4, 2018, it added user-customizable Memoji faces to Animoji — notably without changing the Messages component’s name — which hit all iPhone X, XR, and XS models with a final public release in September 2018.

By contrast, Xiaomi notes that its own feature was originally called “Mi Meng” when it hit China in late May 2018, but had the English name Mimoji, as evidenced by the package name of its Android application. While the company’s Mimoji generally looked like second-rate Animoji — including a pig, fox, panda, and rabbit-ish mascot — there weren’t any human figures. Until now.

The new version of Mimoji is arriving with Xiaomi’s CC9 phones, adding user-customizable human faces complete with the same basic facial, hair, and clothing elements, albeit rendered with various small changes. Writers in China found the similarities similar enough to call Xiaomi’s version a clone, but after a day of “internal self-examination,” the company challenged that on the Weibo social network. As Gizmochina notes, PR head Xu Jieyun posted the app’s naming timeline, and said that the “functional logic difference between the two products is huge.” It also promised “the next phase of action” against people who said it was copying Apple’s Memoji without proof.

Neither Apple nor Xiaomi can reasonably claim to be first with either the 3D animal or 3D human avatar concept; the ideas have been found in third-party apps for years, and Samsung’s AR Emoji beat both companies to market with OS-integrated human avatars in February 2018. Even the Memoji name dates back to at least early 2017, and not from Apple.

But there’s no question that Apple’s specific implementation of Memoji, complete with TrueDepth face tracking, was something special, and now Mimoji offers something similar. Apple has already announced a host of new customizations for Memoji in iOS 13, and each company will likely iterate on its system — under whatever name — for years to come.