GamesBeat: Is this a sign that this market is so big that everyone has a piece of the pie?

Narula: Yeah, the growth is — I think it is. The growth is going to be astronomical. … I think what it’s more of a sign of is that previously, vertically integrated platform owners were basically gods. We’re now getting to a place where content and content creators, especially for those rare games, the hard to make games, the top end experiences — the Vince Zampellas are going to inherit the earth. They’re going to be the real winners. You see this in tech, too. We went from a place where it was hard to make a website to one where anyone can make literally anything because of the amount of infrastructure that’s around. The infrastructure won, but the other people who won were startups. Companies that could create content for the internet. New experiences and pieces like that. We’re in a place where that’s what is going to happen for games. Studios will be more and more powerful. We see money flooding into games investment in a way that didn’t exist before. It’s a really interesting time to be around. I think that’s why you see Microsoft and Sony and Nintendo standing up there, and why everyone is partnering. We’re just the help. We’re infrastructure. We don’t matter. Companies like Improbable are not important. What’s important are game developers. Everybody needs to get the crap out of their way and let them succeed and deal with their user challenges and problems.

GamesBeat: When it comes to streaming and games, these bigger online worlds, one thing I think about is broadband in the states. I live 30 miles from Google and I have horrible service. It’s not because we can’t build it in America. It’s because of the companies that control it. How are game developers going to deal with that?

Narula: I think that where there’s a will, there’s a way. When there’s strong consumer demand, economics tend to figure themselves out in that context. I’m a big believer that a company like Google, if they want to solve that problem, they’re going to solve that problem. I don’t think we should be concerned about that. We should be concerned about making sure there’s enough content that takes advantage of what streaming has to offer. If streaming doesn’t take off, it’ll be because there aren’t enough games that are doing something innovative. That’ll take time. That’ll take two cycles. It won’t happen overnight. Or it might, because things are better and faster now. Who knows?

In the dev’s shoes 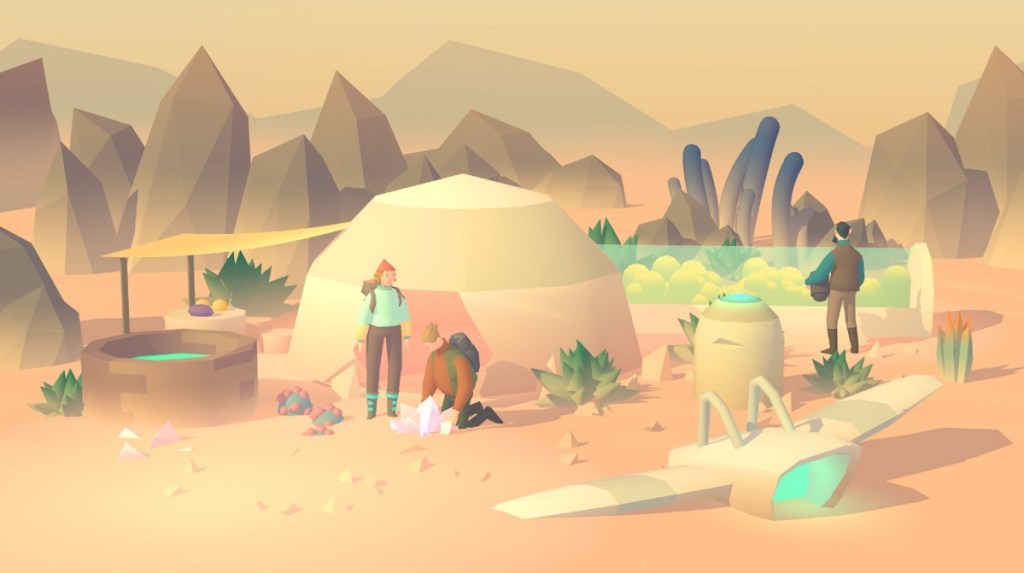 Above: Seed is an online game that could accommodate lots of players at once thanks to SpatialOS from Improbable.

GamesBeat: Say you were a developer, and you’re looking at SpatialOS. What’s the game you would make?

Narula: In my spare time, I’m a developer. I sit around building games using SpatialOS. Or I say games. Small prototypes. I’m desperately bad at this compared to my team. But I was a programmer to begin with, and I’m passionate about it. I use Unreal and Unity. We all do. That’s a big part of why we do what we do. I would focus on co-op. That’s what I’m really excited about. I’m focused on SpatialOS creating interesting experiences for people to learn more about each other and themselves. I think what starts to happen when you add NPCs, when you add more stuff in the world, is we can start to ask questions. Can I trust you? What does trust even mean? Can I rely upon you? Persistence gives us a game theory over time. I know you, I know what you did before. I think exploring social relationships is an incredibly interesting area that something like SpatialOS can really help.

GamesBeat: Is there a game today that you’d love to add co-op to that doesn’t have co-op right now?

Narula: I’d point to what Scavengers is doing. It’s that idea of co-op addition, that notion of large sessions. It’s basically a progression of battle royale with PvE. I think there are lots of games that you could add NPCs and PvE to, which we haven’t been able to do. Imagine Fortnite, but with hundreds of players and NPCs. It would be really cool. That kind of stuff would be exciting.

GamesBeat: Do you work with students who are learning how to make games?

Narula: We’re not fortunate enough yet to have that as part of our core mission, but it’s something for the future that, as we scale and become a more mature company–I think education, building a generation of game developers who are native multiplayer creators, is going to be hard work. The whole industry is going to have to go and do it. We would love to do that. Frankly we’re students ourselves, just recently. We’re new to this too. When you see how challenging it is–we’d love to support people doing that, and in the future it’s something we might do.

GamesBeat: I ask because it seems like you’re also having to educate game developers.

Narula: Absolutely. And that’s a tough area. We don’t really consider ourselves educating them, but we do consider ourselves learning from them and sharing ideas back. There’s this two-way cycle of education that a company like Improbable, trying to enter into games, has to do. We have the humility to understand that these are people who’ve been building amazing things for decades. Yet we also have to have the brashness to say, hey, maybe try it this way. That’s a very difficult balance to strike.