Dungeons & Dragons is putting out fine lines of miniatures thanks to partnerships with companies such as WizKids and Gale Force Nine, and a number of third parties offer fantastic products as well. But many role-players enjoy the DIY touch. That’s where 3D printing comes to the table(top).

If you browse 3D-printing sites such as Shapeways or image boards like Imgur and Pinterest, you can find a number of plans and pictures for miniatures (be they adventurers, monsters, buildings, or terrain). I spend far too much time looking at plans for card holders, player tokens, castles, and creatures, and I don’t even have a 3D printer. I’m just an admirer.

One of those with this tech is Miguel Zavala. He studied art but heard the call of public service. And then he discovered a way for him to blend his passion for art with his love for D&D — 3D printing. And he went whole hog and printed the entire Monster Manual — 352 pages of more than 150 monsters. I saw his work online one day, and I reached out to chat with him. Turns out the path he took is something that many others could follow — he used tools available at his local library.

GamesBeat: Why did you get into 3D printing D&D monsters?

Miguel Zavala: In my early 20s, I got a degree in fine arts with a focus on 3D modeling and animation. I didn’t pursue my art career, given my Army service gave me a greater need to be a public servant, so I dropped art for government work for years. My wife thought it’d be great to pick up a artistic hobby, since she felt I’m rather talented and shouldn’t let it go to waste. 3D printing was becoming very popular, and given how much I love playing D&D, she thought it’d be cool to 3D-print some of our own minis for fun. We found out that the Washington, D.C., library offered 3D printing services, so we took full advantage of that. I got back into 3D modeling thanks to the D.C. library’s free Fablab classes. It started with Tinkercad, then I found out about Blender, and my skills improved further. 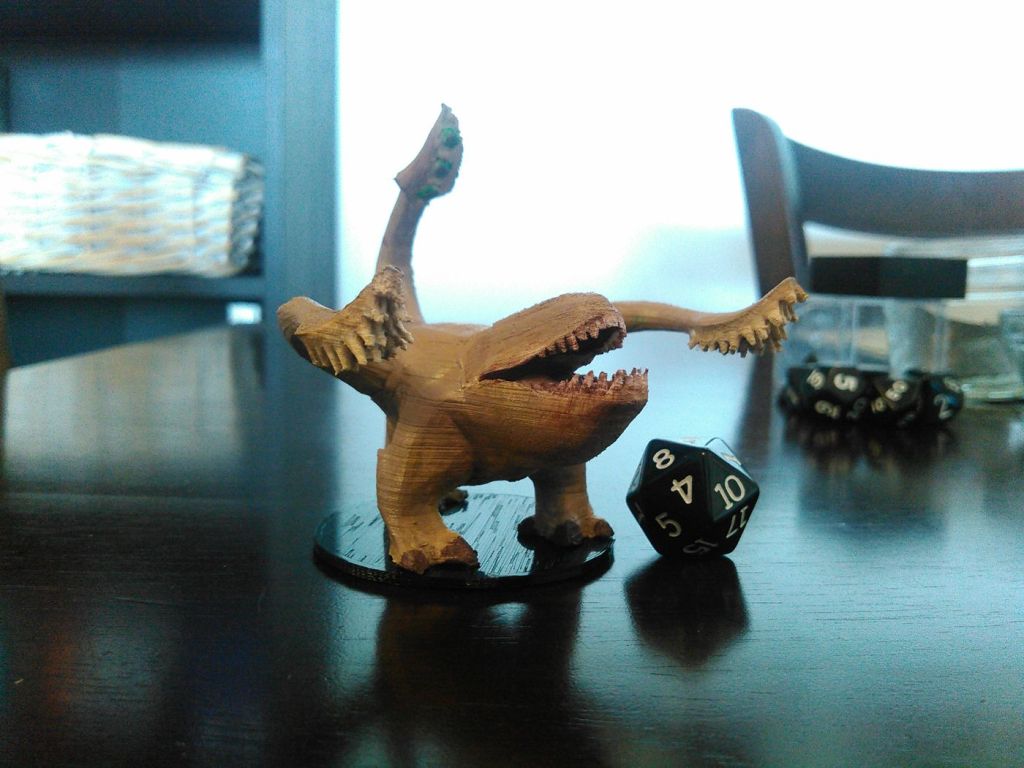 Above: This garbage-eating Otyugh is anything but trash.

After printing a small Black Dragon, I went ahead and posted it on Reddit. It became very popular, so I went ahead and made a Blue Dragon. Then things really started to blow up from there. People were asking for files, and I was getting a lot of praise and I thought, “Well, why not make the whole Monster Manual for everyone?” One year-and-a-half later, I made almost all the monsters and shared it with the gaming community. In the end, it was just a nice hobby for me, but it was really satisfying knowing I was helping the gaming community, and making D&D more popular, too.

GamesBeat: How did you translate the Monster Manual drawings into 3D figures?

Zavala: I pretty much just eyeballed it. I looked at images online and the Monster Manual itself and just modeled the miniatures from scratch. Things started rather clumsily, as you can see with my goblin mini. But I got much better over time.

GamesBeat: How long did this take you?

Zavala: It took about a year-and-a-half to complete. It was a slow process, mostly because it was a simple hobby I did after work. I’d come home, work out, play a video game, then I’d say, “Hey, I should model something.” I’d then crack open some wine, get the jazz playing, and model something for an hour or two. It’s a rather relaxing hobby. After the model is done, I’d send it to the printer, and walk away to go to something else. I repeated this process a few times a week, and it eventually got to what we see today. 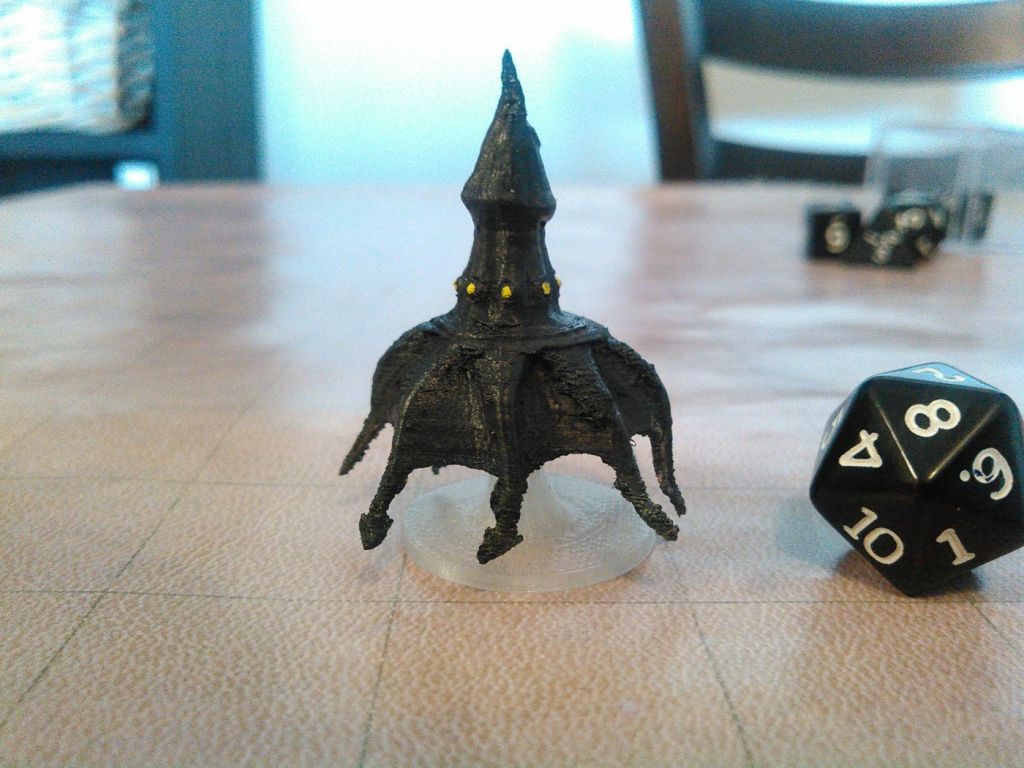 GamesBeat: What do people say to you about your minis?

Zavala: I’ve gotten a lot of praise, for the most part. It’s been a really positive experience on Reddit, Imgur, and pretty much anywhere the story about this pops up. I’d have to give a special thanks to the people on Reddit who’ve been very supportive of my efforts. And, of course, my wife, who got me started in all of this.

GamesBeat: Do people ever send you clips or pics of them using your minis in their games? How much does this mean to you?

Zavala: I have received lots of images of people showing off their prints to me online. Its meant a lot to me, and given this was just a simple hobby. To have such a positive impact on the gaming community has been phenomenal. 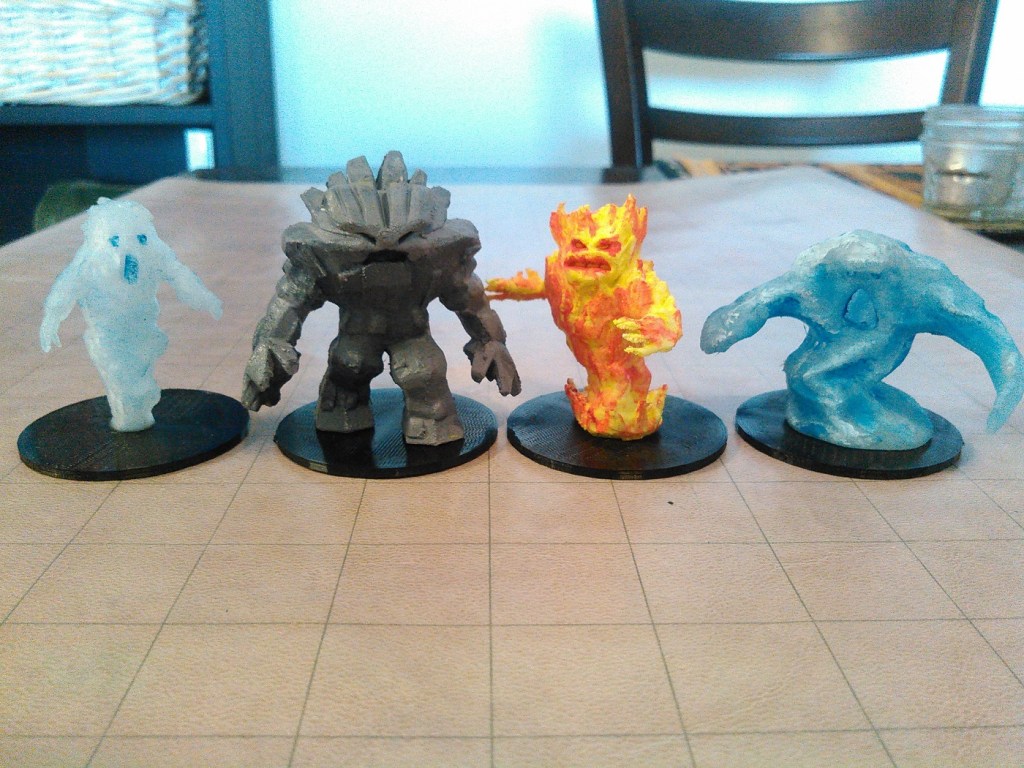 Above: 3D printing is elemental.

GamesBeat: How long have you played D&D?

Zavala: I’ve played D&D since I was 6 years old. It started back when I went to Sunday school and the teenager who was bored watching over all these little kids in church decided to run a kid friendly D&D game. It’s funny, because this was back in the ’80s at the height of the D&D scare, so she was clearly a brave kid. After that I played here and there, and really enjoyed it in high school.

It continued throughout my Army service and both my Iraq deployments. Heck even in Iraq I had two games going when we weren’t out on missions — I was a combat medic during my first tour and an infantry officer during my second. Gaming continued throughout college and to this day I still play once a week with friends after work. It’s a great way to stay in touch with friends from the past, socialize with new people in your current circles, and all in all its just fun. I think I’ll always enjoy playing, since no matter how serious things can get in life, whether its work, war, or school, D&D never changes and is always a great escape for the mind and soul. 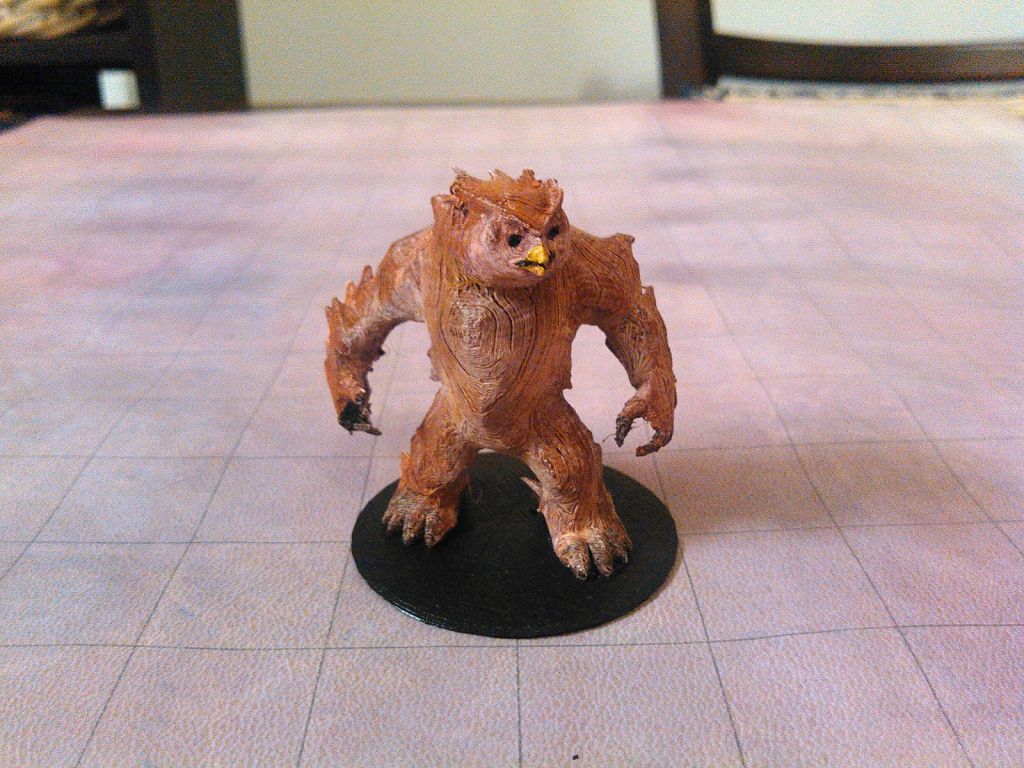 Above: The Owlbear has long been one of my favorite D&D monsters.

GamesBeat: Do you remember your first mini? Did you paint it yourself?

Zavala: Yup. It was a human paladin named Michael Steinburgin. I painted him myself and I had a small collection when I started using minis. He was my first character, and he’s come back here and there throughout my various campaigns. Big blonde dude with a bigger sword that basically looks like Siegfried from Soul Caliber. Good times.