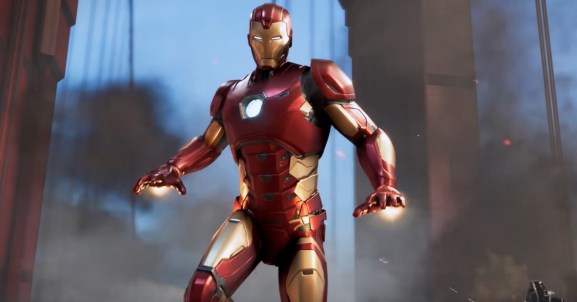 Iron Man is in The Avengers game.

It’s July. You know what that means; Marvel Studios is probably going to announce its Phase 4 slate! That’s why you’re here, right? Oh, just me? Well, there will be some Marvel VR news at this month’s San Diego Comic-Con, too.

Specifically, the recently announced Iron Man VR will star in the Marvel Games Panel. The panel, hosted by our friend Greg Miller, will feature “unannounced special surprises and panel exclusives” for the game. Miller will be joined by Marvel Games VP Bill Rosemann and a bunch of developers. The panel takes place on July 18 at 1:30pm PT in Hall H and will also include Marvel Ultimate Alliance 3 and Square Enix’s Avengers game.

But that’s not all. The Marvel Booth will also offer hands-on time with Iron Man VR and there’s a signing session for the game on July 19 at 11:15 a.m. There will be a live Let’s Play for the game straight after, too.

Iron Man VR is a PSVR exclusive from Camouflaj, the studio behind Republique. As the name suggests, the game will put you in the shoes and suit of Tony Stark himself, allowing you to armor up and take to the skies with the PlayStation Move controllers. We got an early look at the game following its announcement and came away pleasantly surprised. The flight controls work great and the developer is promising a full game with an in-depth story.

Look for the game to release later this year. Hopefully we might even get a release date at Comic Con.