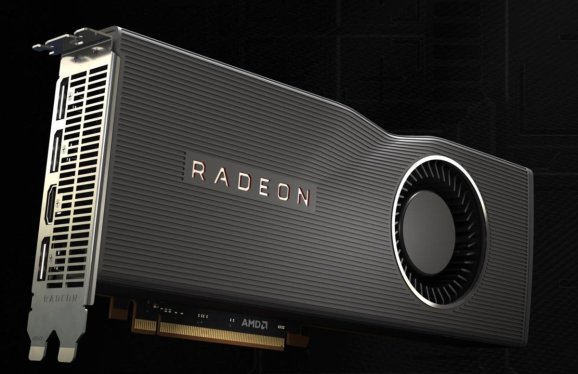 It’s PC hardware season, and that means AMD and Nvidia both have new video cards for gamers looking to upgrade their rigs. Nvidia launched the Super versions of its RTX 2060 and 2070 GPUs last week. Now, it’s AMD’s turn with the Radeon RX 5700 and 5700XT.

While Nvidia is still emphasizing ray tracing and now beefier traditional performance, AMD is all about its new RDNA architecture. That comes with support for PCIe 4.0 and a few new features from AMD’s hardware and software teams. But for all the headline-grabbing features and capabilities, the battle between AMD and Nvidia is coming down to one factor: price.

Nvidia teased the Super cards for weeks before finally releasing them. The company showed them to the press under embargo at E3 in June. We got a decent idea for what they are capable of, but the one secret Nvidia wouldn’t share was the price. It held onto that info until the review embargo where it had a major impact.

So, did the price drop ensure AMD still has the best deal or did Nvidia derail that plan?

I tested on the following hardware:

Note that these numbers are the average frames per second across three runs where higher is better. Also, these average framerates are not indicative of the overall performance you can expect from the listed game. I’m testing graphically intense sections with max settings to stress the GPUs. This helps to eliminate the influence of the CPU.

With that out of the way, let’s get to the benchmarks.

AMD’s big leap forward comes largely due to its new RDNA architecture that uses a 7nm manufacturing process. AMD was using a 14nm process in its previous generations including Vega. What this means is that the Radeon RX 5700 and 5700 XT get a lot more performance-per-watt than they used to. They can also run faster and cooler. In most of my testing, the RX 5700 used less power than the Nvidia RTX 2060.

What that really all means is that RDNA cards can hit higher clock speeds while simultaneously hitting higher instructions per clock. The results mean that the RX 5700 and 5700 XT are tough competition for Nvidia.

The RX 5700 is usually significantly faster than the RTX 2060. The 2060 Super and RX 5700 XT trade shots pretty evenly with expected exceptions where one or the other has a huge lead.

I want to say that AMD is lucky that it had the room to maneuver its price in response to Nvidia. But it’s not luck. The company built in that cushion because it wants to remain aggressive. And it is paying off.

For traditional performance, the RX 5700 is the go-to card at $350. But I would personally still try to drop $50 to get up to the 2060 Super. It’s often faster than the 5700 XT, and then you also get adequate RTX support for ray tracing.

But the big takeaway here is that every card in this range right now is great, and they will get you relatively strong performance for 1440p.

PC-hardware enthusiasts have spent years loudly begging AMD to compete with Nvidia. Team green has defined the computer-graphics space for years. And while that is fine for many people, it frustrates others when they feel like they have to buy into something like ray tracing just because Nvidia wants it.

AMD has worked hard to launch competitive products, and now it’s taking over more of the video card price range. It has dominated the $200 market with the RX 580 for years. With the RX 5700, it now owns the $350 space.

On top of that, AMD’s investment in software is also paying off. The company introduced new anti-lag and image-sharpening tech in its RDNA cards. I’ll cover these features in-depth later this week. For now, I see them as indicative of AMD’s commitment to doing more than just brute-force hardware graphics processing.

While this is all good news for AMD, it likely needs to capitalize now. Sure, it price matched the RX 2060 and 2060 Super, but the Radeon cards don’t have any hardware ray tracing. Nvidia dropped ray tracing from the 2060 to create the $270 1660 Ti. If it has a 1660 Ti Super in the works, it could significantly undercut AMD. Alternatively, if AMD launches its ray-tracing solution — something it has confirmed it’s working on — it may have to raise its prices.

But that’s what we want. Nvidia and AMD are pushing each other forward. In the meantime, we get to enjoy some excellent new video cards. I highly recommend the Radeon RX 5700 and 5700 XT.