Logitech is one of the more well-respected peripheral manufacturers in PC gaming. Its Logitech G lineup of products have won people over with smart design that is both comfortable and capable of high performance. Those are qualities the company has brought into the Logitech G Pro X gaming headset, which is available this month for $130.

Like many of its competitors in this space, Logitech has deep links into esports. And it turned to professional players to help design the G Pro X. That collaboration resulted in a smart-looking headset that comes with 50mm audio drivers, support for DTS Headphone:X, and a high-quality microphone. Logitech also partnered with Blue Microphones (which it acquired in 2018) to develop audio-processing software that promises to significantly improve how you sound.

In an extremely crowded headset market, however, does Logitech stand out? Well, it certainly tries, and I think it succeeds. But when you have so much choice, your decision is likely going to come down to taste.

The G Pro X headset is one of the most comfortable I’ve ever worn. These days, I find very few headsets actually uncomfortable. But I think the G Pro X still squeezes out even more improvement in this area. When I talked to Logitech about the G Pro X at E3, the company emphasized how important wearability is for its pros. And that effort is paying off.

I have a pretty big melon, but I found that the G Pro X fits without issue. It clasps onto my head in an even and almost airy way. But unlike the SteelSeries Arctis, it also locks securely into place. I almost prefer a little bit of extra pressure with my headsets as long as they don’t wiggle as I move my head — even if that pressure causes fatigue. But Logitech’s design stays in place without making me feel like I need a break every couple of hours.

In addition to the comfort, Logitech’s other big focus for the G Pro X was accurate sound. The company wanted to make a headset that avoids distortions and noise, and that’s the experience I had with it. A lot of headset manufacturers are willing to embrace distortion — especially on the low end of the spectrum — because a rattling, thumping bass can add a lot of drama to music and sound effects. Logitech has even embraced this with headsets like its G933 Spectrum, which the company specifically designed to amp up the effect of low-frequency notes.

But the “Pro” in G Pro X means something for Logitech. Esports players don’t want drama, they want only the most accurate sounds because they need to use that information to inform their play in game. That doesn’t mean you get muted bass or anything. It just means that you only get the tones that game developers want you to have.

It all sounds especially crisp. Even in cacophonus and loud scenes, the G Pro X does an excellent job of creating distinctions between various sources of sound without losing nuance. It’s impressive without overrelying on those aforementioned dramatics.

Logitech’s Blue acquisition has led to some of the better headset-related software that I’ve ever used. A lot of gaming headsets come with software that enable you to make a few adjustments or to customize the RGB lighting. Logitech’s updated G Hub, however, is actually useful.

The application gives you a suite of voice-processing options that significantly improve the headsets decent microphone. These options include a bunch of presets as well as advanced settings so you can create your own profiles to suit your voice.

Wisely, the software even includes the option to easily record your voice and then hear how the various processing affects how you sound to other people. The result is an easy-to-use tool that can help you sound more professional while also potentially guiding you through learning the basics of crafting a pleasant voice experience for listeners.

This software also pushes the G Pro X over the edge into a headset that is suitable for content creation. Anyone making a living at streaming on Twitch and YouTube are going to at least get a dedicated Blue USB microphone (and Logitech is fine with that), but you can definitely get started down that path with the G Pro X. Without any processing, the microphone sounds a bit hollow and slightly cheap, but it does a decent job of canceling out room noise. With the G Hub software, though, you can sound like you’re using something much more expensive. Although, a chunk of your audience will still notice that your voice sounds more digital than someone using a professional audio setup.

Not great for everyday use

My biggest issue with the G Pro X is that it’s a touch too hard to use as your everyday headphones. Connected to a PC, it’s ideal. But if you want to disconnect it and take it with you, it’s more cumbersome to use.

The G Pro X comes with two different cables. One has a microphone built into the line and the other has mute and volume controls. This has a few problems. If you use the microphone line, then that bypasses the better microphone that connects to the headset itself, so you want to use the other one when on your PC. But while the other line has mute and volume, it doesn’t have a microphone — so if you take the headset mic off to not look like a doofus outside, then you can’t take calls. On top of that, neither of the included lines have play/pause built into them.

Now, I don’t think any of these are an actual huge mark against the G Pro X. All of these features are extras that real pro gamers do not want. They would only get in the way, and Logitech is serious about who this product is for. If you want what the pros use, that means you’re getting a headset that you keep connected to your gaming platform at all times without anything to get in the way.

But still, if I’m paying $130 for a headset, I want something that is versatile. If you already have a dedicated pair of headphones, however, but want something specifically for gaming — then none of this should bother you.

I like covering the gaming-headphone space. It’s not like the keyboard market, which I think manufacturers have completely saturated to the point where no one has any room left for any real improvement. The G Pro X is proof that things can still get noticeably better.

It’s remarkably comfortable, and I think Logitech’s aim for accurate sound reproduction is laudable. That’s a conversation that other companies aren’t really focusing on. And while I think that’s because the wider audience actually prefers rumbly “inaccurate” bass, that doesn’t mean no one wants a more true sound experience. I’m at a place where if I am playing games, it’s something competitive online with friends. PlayerUnknown’s Battlegrounds has a highly advanced directional sound model, and I only want to hear the information that the developer intends when playing that game.

The G Pro X appeals to that thought process more so than any other headset in its price range. I highly recommend it to anyone who wants to play like the pros.

The Logitech G Pro X headset is shipping this month for $130. Logitech provided a sample unit to GamesBeat for the purpose of this review. 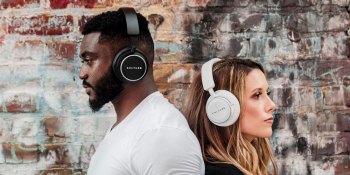 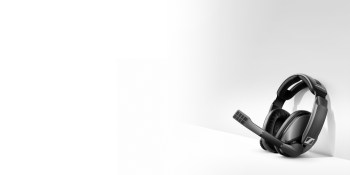