Pokémon Go first launched on July 6, 2016, so Niantic‘s mobile game has now been out for three years. And the location-based experience has made $2.65 billion during those first three years, according to market analyst Sensor Tower.

This makes Pokémon Go one of the most successful mobile games ever made in the West. It earned more in its first three years than other mega-hits like Candy Crush Saga and Clash Royale did. Clash of Clans, however, did manage to make more money. 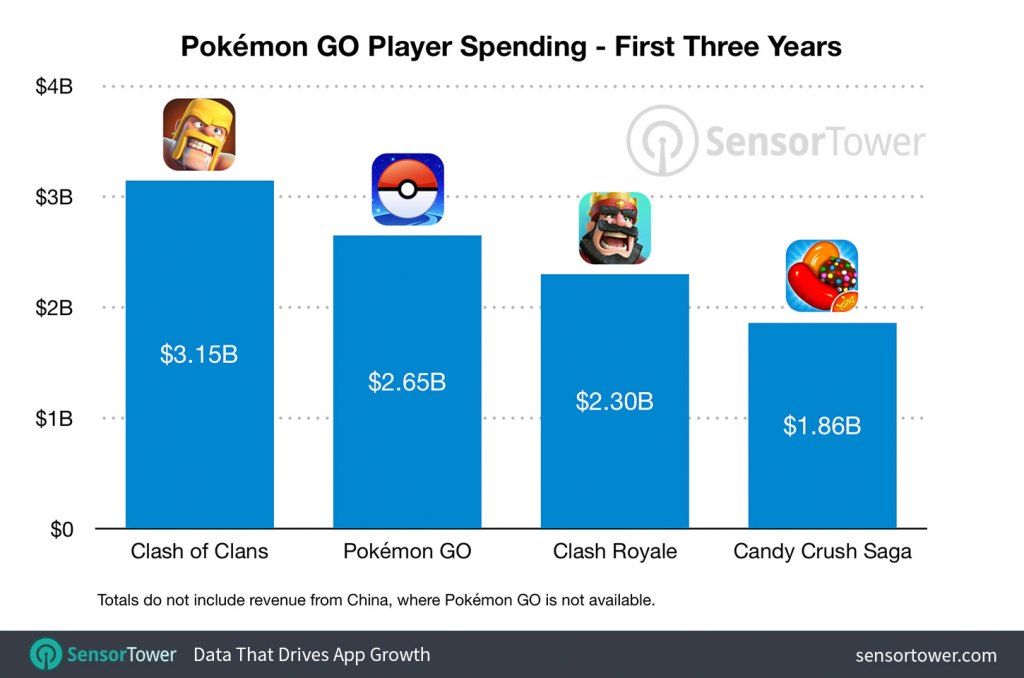 Above: How Pokémon Go’s first three years stack up.

Sensor Tower expects the game to reach the $3 billion mark by the end of the year.