Games accounted for 35% of global downloads in the quarter, but they made up nearly 75% of consumer spend across iOS and Google Play.

Mobile apps overall had a record quarter in Q2 2019, with a total of 30.3 billion app downloads and nearly $22.6 billion in consumer spending across iOS and Google Play.

Google Play widened its downloads lead over iOS by 15 percentage points quarter over quarter for overall apps. This lead was more stark for games: Google Play led iOS in Q2 game downloads by 265%.

The largest markets for games downloads on Google Play in Q2 2019 were India, Brazil and the U.S. 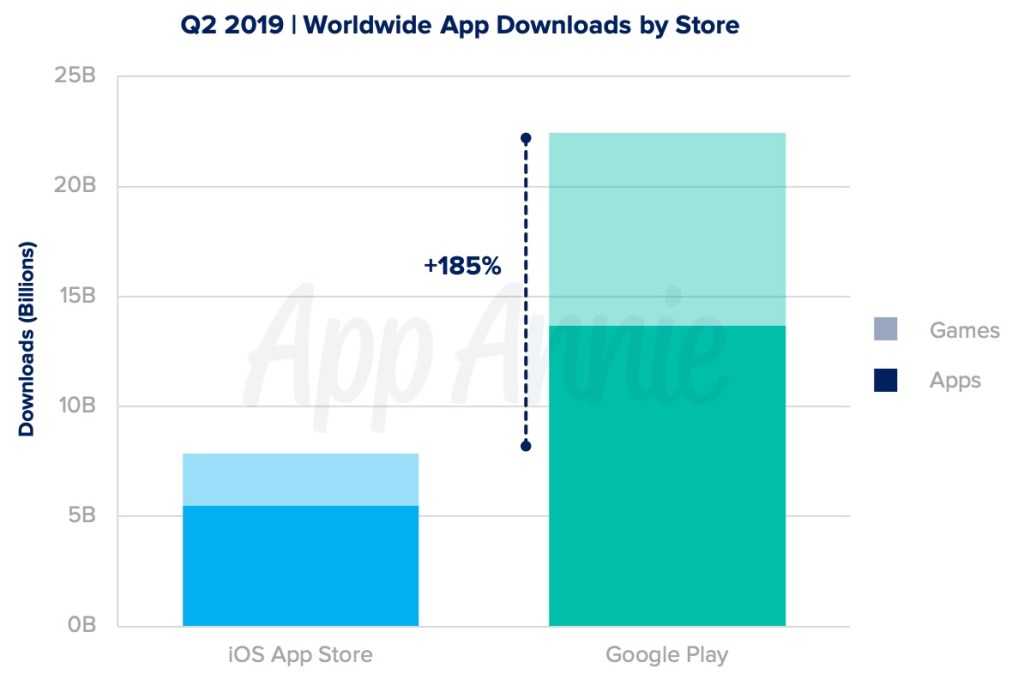 Above: AppAnnie data on game downloads in Q2 2019

Across both stores, hyper-casual games such as Stack Ball, Run Race 3D, and Clean Road dominated the top charts and saw particularly strong growth in the quarter. This is part of an ongoing trend AppAnnie has reported on with the expansion of gaming into both ends of the spectrum: hyper-casual and hardcore gaming.

Clash of Clans re-entered the top 10 games by consumer spend. Perfect World was a new entrant in the top consumer spend chart fueled largely by iOS spend in China after its March 2019 release.

PUBG Mobile maintained its No. 1 rank in average monthly active users (MAU) in Q2 2019 and broke back into the top 10 games by consumer spend. Amassing this large of a user base in just over one year is particularly impressive given many of the top games by MAU are legacy games that have been around for years.