Microsoft today released a new Windows 10 preview with Your Phone, calendar, and passwordless improvements. The update bumps Windows 10 from build 18932 (made available to testers on July 3) to build 18936. These builds are from the 20H1 branch, which represents the Windows 10 update that will arrive in the first half of next year. 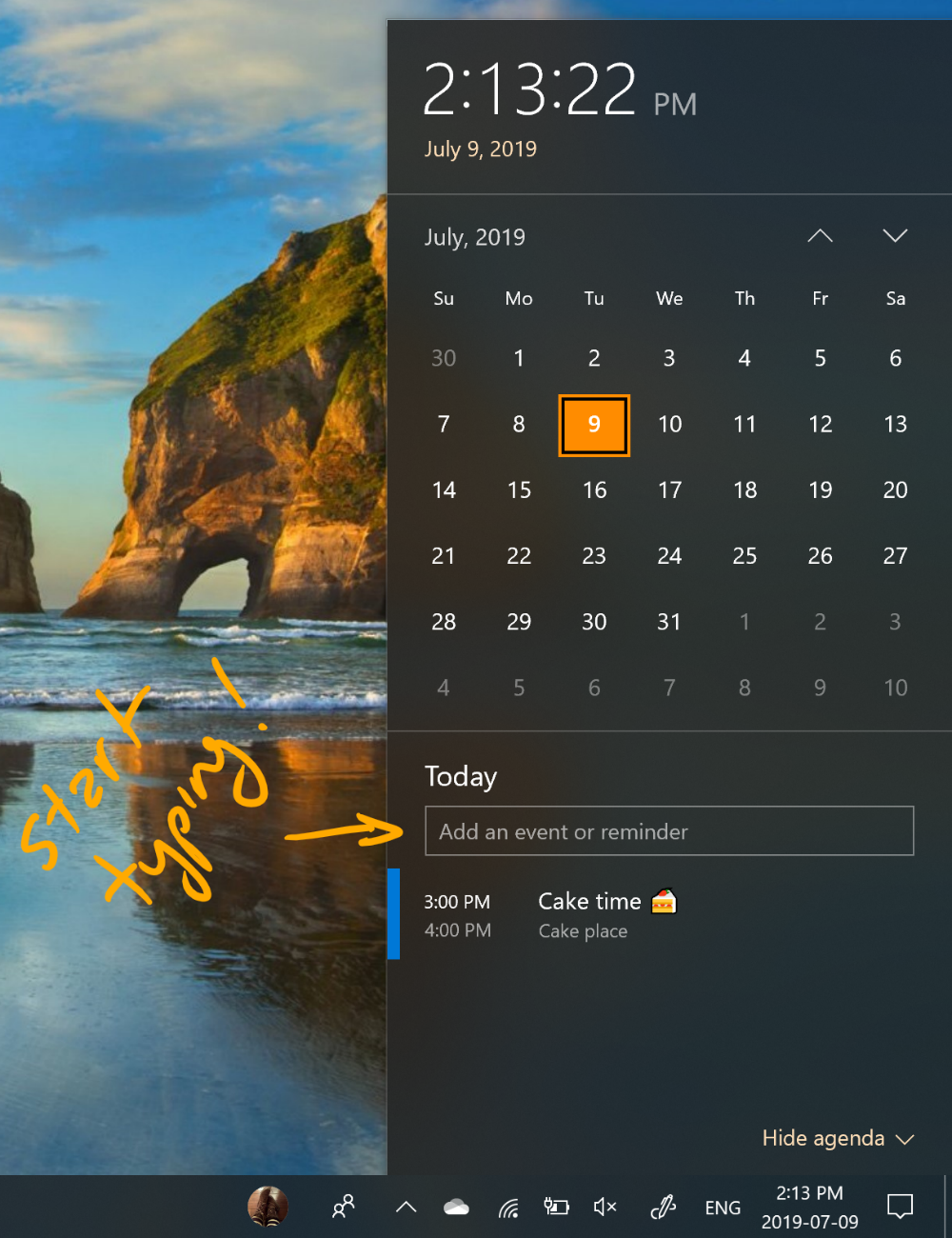 It’s now easier to create new events and reminders when you click on the date in the taskbar. Just pick your desired date and start typing — you’ll see inline options to set a time and location.