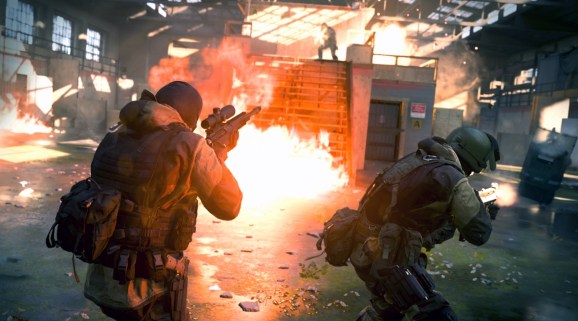 The developers at Infinity Ward revealed the game mode on a livestream, showing how two human players can square off against two other human players in a duel. I played it at a recent preview event, and it reminded me a little of some other fun dueling games like Oculus’ virtual reality game Dead & Buried.

Activision said it will reveal the full multiplayer gameplay on August 1 at a separate Twitch livestream event. The game has other modes besides Gunfight, but the company isn’t showing them yet.

In this dueling Gunfight mode, two players choose their arms from a subset of weapons and then deploy on one side of a warehouse with a bunch of obstacles. The pace of the duel is fast. You have 40 seconds to locate the other team and defeat them. If no one is killed in the first 40 seconds, then a flag will appear in the center of the map.

Players will need run to the flag and defend it for three seconds to get a point. If no one can defend the flag within the time limit, then the team with the most health wins. The last team standing gets the point, and the first team to six points wins the game.

You will not need to use create a class, as all weapon and equipment selection is handled by the game mode. Also, you will not heal after being shot. All players have a set amount of health. 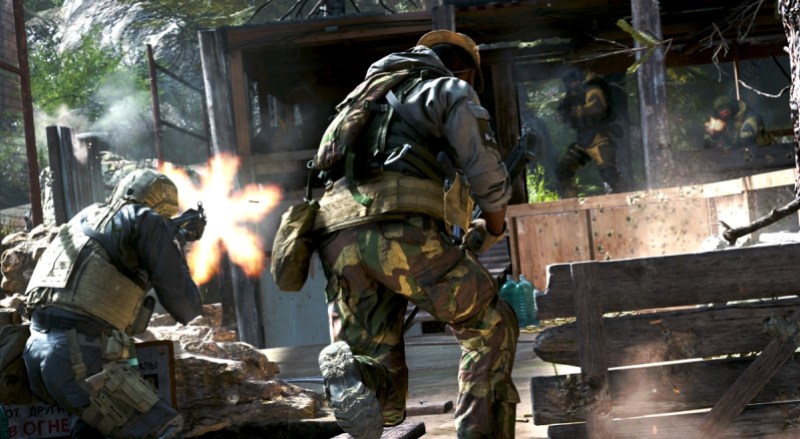 Above: Gunfight is a new 2v2 mode in Call of Duty: Modern Warfare.

I found the Gunfight mode to be extremely fun. I was in a group that dueled until the last man standing, and I was in the winning duo. That was pretty exciting. I think it’s one of the best innovations in Call of Duty multiplayer gameplay in a while.

But I would note that the multiplayer Gunfight mode will be very different from the single-player campaign, which I also previewed. I saw a couple of scenes of that, and I was taken aback at the realism of the violence. I wrote about that in my previously published impressions. Activision has chosen not to publicly share those single-player scenes that I and other journalists saw in private demos.

I received a storm of criticism — including a couple of death threats — for a couple of weeks over my stance on how I felt those single-player scenes were gratuitous. But the Gunfight demo highlights the incongruity of the game, which has very intense battle scenes along with esports-like celebratory multiplayer gunplay. It’s hard to see how Gunfight fits with the intensity of the single-player subject matter. Former Sledgehammer co-chief Michael Condrey, who worked on a few Call of Duty games, had the same questions as I did.

But Activision said that Modern Warfare “offers a unified narrative experience and progression across campaign, multiplayer and co-op.” And I will acknowledge we have only seen a sliver of both single-player and multiplayer so far.

The maps played at pre-briefs and shown on the livestream are: