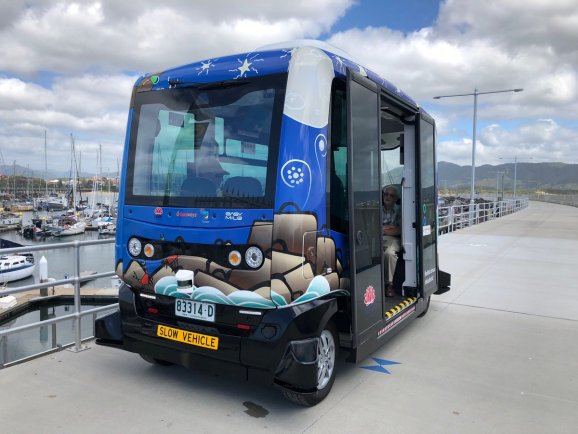 Ride-sharing startup Via, not to be outdone by Uber and Lyft, is investing meaningfully in autonomous vehicles. To this end, it today announced the launch of a driverless shuttle program in New South Wales, Australia, in partnership with the BusBot project, local bus operator Busways, local government agency Transport for New South Wales, and startup EasyMile. Via says it’ll serve a community of seniors that currently lacks a public transit solution.

It’s the second phase of BusBot’s pilot program, which began in Marian Grove on April 2019. (The third phase will operate along a roughly 1.6-mile path from the Coffs Harbour central business district [CBD] to the jetty precinct, using existing bus stops to complement current bus services.) Service will be free for the duration of the deployment, which is expected to last 22 weeks.

“If autonomous vehicles are to reach their full potential for providing low-cost, efficient rides, they need to be shared by multiple passengers,” said Via cofounder and CEO Daniel Ramot. “Via’s sophisticated systems are able to power, in real time, the movement of millions of connected autonomous shuttles and their passengers, and we’re delighted to be working with BusBot to launch this groundbreaking service.”

When service kicks off in earnest, customers will be able to hail a car using BusBot’s smartphone app. Via’s route-optimizing and detour-minimizing algorithms will take over from there, enabling multiple riders to share a driverless bus by directing them to nearby pickup and dropoff spots.

BusBot’s electric shuttles — EZ10 — feature redundant sensors, a failsafe and redundant braking system, and “industry-grade” emergency buttons. They can travel in both directions and incorporate a fleet management system that relays data like battery level, position, speed, and estimated time to arrival to a cloud-hosted dashboard, and they’re capable of level 4 autonomous driving, meaning they can operate with limited human input and oversight in specific conditions and locations (as defined by the Society of Automotive Engineers).

Via’s foray into self-driving vehicles comes as it eclipses 50 million dynamically routed rides around the globe. The company says it has more than 70 launches and pending launches in more than 15 countries, and it last year opened its first Australian office in Sydney.

Via, which was founded in 2012 by Israeli entrepreneurs Ramot and Oren Shoval, operates a branded shuttle — ViaVan — in partnership with Mercedes-Benz (an investor) in selected regions around the world. In November, it teamed up with the Los Angeles County Metropolitan Transportation Authority to provide subsidized transportation to and from metro stations, and it also provides shuttle services at Harvard University.