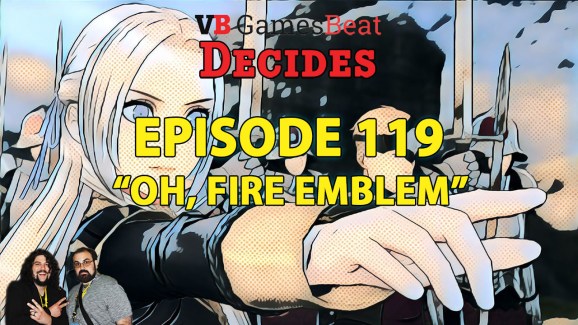 GamesBeat Decides podcast is back with Fire Emblem content!

The entire video gaming world still feels hungover from the Electronic Entertainment Expo trade show in June. On this week’s episode of the GamesBeat Decides podcast, however, we still have plenty to talk about.

Co-hosts Jeffrey Grubb and Mike Minotti have played some games. Mike is reviewing Fire Emblem: Three Houses, and he can talk about his time with the first chapter so far. Jeff, meanwhile, is back into Flappy Bird thanks to a new battle royale version.

In the news, the crew talks about Switch Lite, of course. But they also speak to Valve’s Steam Labs, Google Stadia’s timid phone support, and LOTRO 2 or something.

Here are the games we talked about: