Having miniature, HDMI-compatible versions of classic consoles like the Genesis and Super Nintendo is great, but a lot of us once owned those systems. The TurboGrafx-16 Mini is exciting because it gives a chance to experience a console few of us played.

The microconsole comes out on March 19. It doesn’t have an official price, but it looks like it will cost around $100. That makes it more expensive than most of these retro systems, but I’ll happily pay it.

Now, somewhat oddly, I did own a TurboGrafx-16 back in the day. I was one of the few who had one. I loved the obscure system and its fantastic 2D games, especially Bonk’s Revenge. But the console never caught on in the U.S., and it soon became impossible to find new games for the machine. I only ever had a handful of titles for the thing, and eventually my family somehow misplaced the console as it slipped further away into obscurity.

The TurboGrafx-16 will give me a chance to both go back in time and finally play a lot of the system’s best games that I never had a chance to own before. Konami actually gave us a full list of the system’s built-in library today. It’s spectacular. Along with Bonk’s Revenge, we have Alien Crush, a title I’ve been wanting to play for ages. It’s a pinball-based game, kind of like Kirby’s Pinball Land or Metroid Prime Pinball. I’ve always heard good things about Alien Crush. I can’t wait to finally play it. 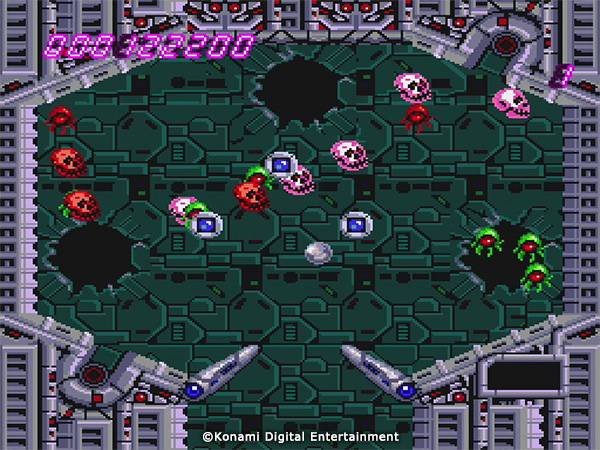 We also get the action role-playing game Ys book I&II, the classic shmup (my editor is on vacation, so he can’t yell at me for using that word — Dean Takahashi edited and he heartily approves of the it) R-Type, and the multiplayer Bomberman ’93. Along with these English games, the TurboGrafx-16 Mini also has some Japan-only titles. These include big games like Castlevania: Rondo of Blood and Snatcher, and even a Bomberman puzzle game called Bomberman Panic Bomber.

You can see the whole library here.

Just looking at the list gets me pumped up. I’m especially excited to play Air Zonk. Now, there’s nothing particularly special about that game. I don’t know if it’s all that well regarded. But as a kid, there was a demo of this weird little shmup playing at our local Toys ‘R Us. I thought it looked awesome. I never saw a game like this where you controlled a human — especially an angry looking kid with a lightning bolt on his head — instead of a spaceship. Now I can finally own it. 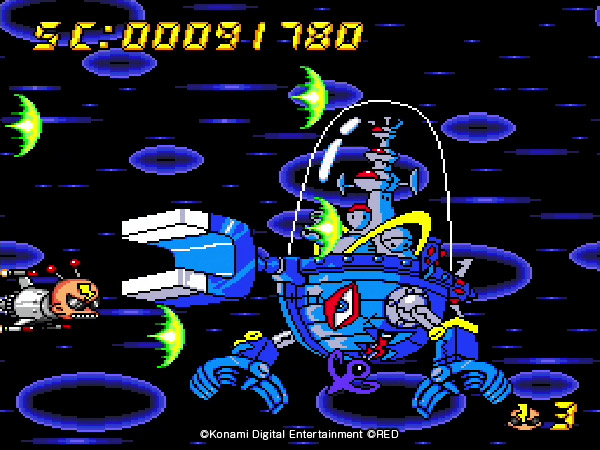 I am a little sad to see that Keith Courage in Alpha Zones isn’t in the library. This sidescroller was one of the few TuboGrafx-16 games I owned. The game split its levels between playing as a human and playing as him in a mech suit. It’s been a long time since I experienced Keith Courage. Maybe it isn’t actually all that good, and that’s why it’s not on the list. But I would have loved to have been able to play it again.

Even without Keith Courage, I can’t wait to get a TurboGrafx-16. This is an awesome opportunity for retro gaming fans.