Greenlit Content is teaming up with Comic-Con International and Future Tech Live to launch a livestream for the Extra Life charity for gamers and children’s hospitals.

Greenlit, a division of Rekt Global, will host a 10,000-square-feet esports gaming lounge at Comic-Con in San Diego, California, this week to show off the latest games to convention goers. As part of that booth, celebrity guests and influencers will livestream gameplay and raise money for Extra Life and St. Jude’s Chidren’s Research Hospital as part of the 50th anniversary of Comic-Con.

Lou Adducci, senior manager of community at Children’s Miracle Network Hospital, said in an interview with GamesBeat that this is the first time that Extra Life will have a real presence at Comic-Con with the livestream programming. Extra Life supports 170 hospitals across North America. Comic-Con typically gets about 200,000 people as attendees. Gaming has always been there, but it’s never been the biggest part of Comic-Con.

“This is going to be huge for us,” Aducci said.

State Farm is a presenting partner for Extra Life. The celebrities and influencers will help raise money for the cause. 90% of the proceeds from the donations go to Extra Life, while 10% go to the San Diego Comic-Con Museum. 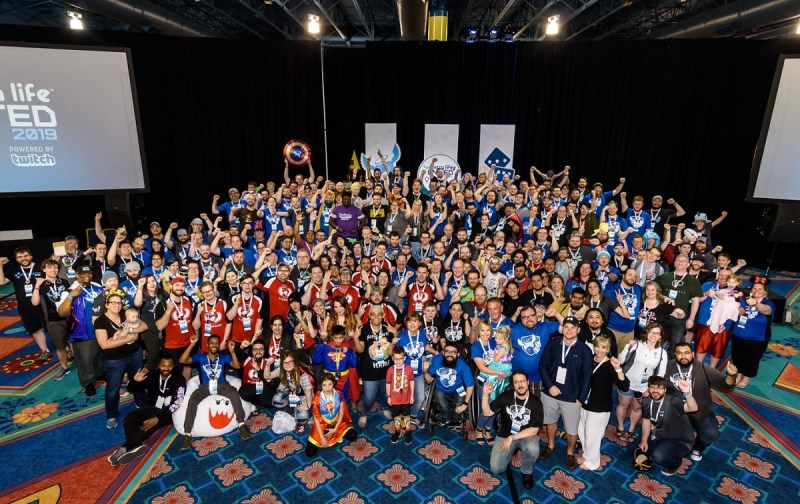 “This is the first time we are working with Comic-Con,” Gaudiosi said. “The goal is to give fans something to do. Too often, they have to wait in lines. This esports lounge is the fruition of that.”

Both streams will feature a variety of celebrity guests and influencers who will play games, discuss Comic-Con news of the day, and more. The evening stream on Twitch will offer a recap of the news and announcements at SDCC each day.

Brian Dawson of Greenlit said in an interview that the lounge will have 50 Alienware high-end laptops and 30 Xbox One game consoles. The stage will host tournaments for casual games on games like Tekken 7 and Dragonball Z Fighterz. Team Liquid will make an appearance. Greenlit’s Shack News is also a sponsor of Comic-Con.

“We’ll have some fairly big names lined up,” Dawson said. “We’ll play some games and do some good.”

“If all goes well, we’ll do this bigger next year,” Gaudiosi said.