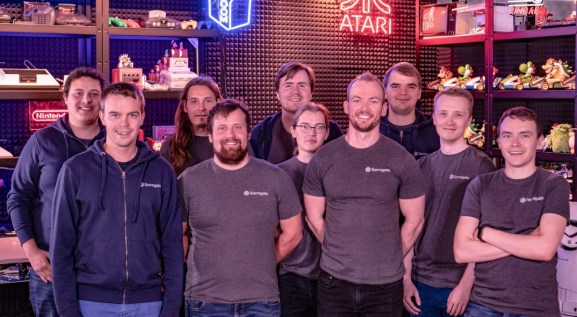 Surrogate is a new reality game studio in Finland.

Surrogate has raised $2 million in funding for reality-focused game development and video streaming technology from some of the same investors that backed Finland’s most successful game studios.

Initial Capital, which previously invested in Supercell, led the round. Other investors include ProFounders Capital, Brighteye Ventures, and Business Finland.

Surrogate said it will use the money to create its “Surrogate Reality” games and for enhancing SurroRTG, its low-latency video streaming technology. The “reality” in question refers to experiencing something as close to real life as possible, but over the internet. The technology is meant to enable people to watch real-life games remotely, and to participate in them as well.

“To date, video games continue to be developed with the same limitations that existed at the time of Pong – creating fake physics and fake graphics in an attempt to mimic real-life,” said Shane Allen, CEO of Surrogate, in a blog post. “At Surrogate, we want to rethink this process by bringing in unique benefits that the real world has to offer and using them as major elements in the video gaming experience. Backed by some of the most well-recognized venture funds in the world, we’re building a new category of online entertainment – completely blurring the lines between what real and virtual worlds should and can be. We look forward to releasing the first stages of Surrogate gaming in the coming months.”

“The lines between watching and interacting with entertainment content are blurring and Surrogate is pushing the boundaries even further by building the tools that enable anyone to watch and play real-life games remotely,” said Matteo Vallone, principal at Initial Capital, in a statement. We’re excited to be adding Surrogate to our portfolio, and we look forward to being a part of the team as they bring their vision to life.”

SurroRTG is Surrogate’s proprietary software that allows near-instant low-latency video streaming over the internet. According to Surrogate, the software is designed specifically for Surrogate Reality experiences – letting people interact with reality as if they were physically there, even if they are on the other side of the Earth.

Allen said that, with Surrogate Reality, realism is not measured in teraflops, as it is with traditional games. Rather, Surrogate’s approach measures latency as the key variable that defines the immersiveness of the experience. Surrogate’s first mini-game releases will be happening in August 2019 and will be available on the company’s website www.surrogate.tv. Surrogate was founded in 2018, and it has 10 employees.