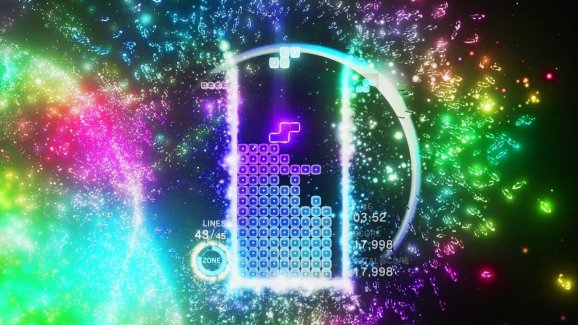 Developer Enhance and The Tetris Company announced today that Tetris Effect is coming to PC on July 23.

The trippy puzzle game came out as a PlayStation 4 exclusive last November. It was one of GamesBeat’s favorite games of 2018. It combines the addicting block-dropping gameplay of Tetris with the sensational visuals and audios of Lumines and Rez creator Tetsuya Mizuguchi.

A press release from Enhance touts this PC release as the “ultimate version” of the game. It will have ultra-wide monitor support and can run at 4K with an uncapped framerate.

Tetris Effect will be available on the Epic Games Store. It will have virtual reality support with the Oculus Rift and HTC Vive headsets.