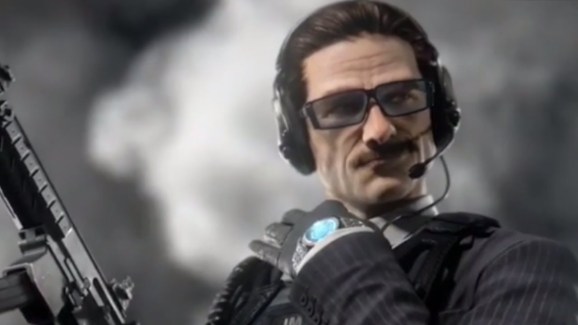 Rainbow Six: Siege is quickly approaching its fourth anniversary. But age is not the number that publisher Ubisoft cares about when it comes to its tactical multiplayer shooter. Instead, the company regularly points to Siege as a paragon of its current development and design strategy.

As part of its quarterly earnings report, Ubisoft highlighted a number of milestones and key-performance indicators for Siege. The publisher noted that it is one of the best-selling releases over the last five years. It also saw its player engagement grow year-over-year in Ubisoft’s fiscal Q1. Engagement is the amount of time each player is spending with a certain game. The longer someone plays something like Siege, the more likely they are to purchase microtransactions.

Ubisoft chief executive officer Yves Guillemot credited Rainbow Six as one of the major reasons for its strong financial performance.

“Our first-quarter net bookings came in well above target,” said Guillemot. “That’s thanks to the very robust performance of our games ‒ notably Rainbow Six Siege and Assassin’s Creed Odyssey ‒ and a very strong increase in player recurring investment for PCs and consoles, led by record-high engagement levels per player.”

During Ubisoft’s Q1, the company released Season 2 of its Year 4 content for Siege. That introduced new operators, skins, and a rework of one of the game’s maps.

These updates give players a reason to return. They are especially effective because fans often purchase an entire year of content at once. If you bought Year 4 during its first season, it’s easy to come back to see the new stuff that you’ve already paid for.

At some point during Ubisoft’s Q2, the company should release Season 3 of its Year 4 content. That should once again give players a reason to return.