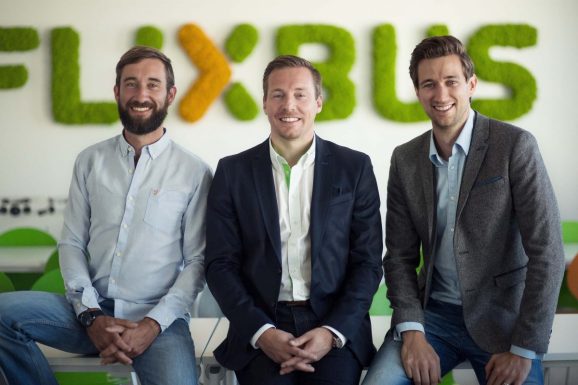 Germany’s FlixMobility has reportedly raised a $531 million venture capital round that values it at more than $2 billion.

The company issued a press release today announcing it had raised a large funding round, though it declined to reveal the amount. However, sources told Reuters that it was $531 million, easily the largest for a German company this year.

The company is best known in Europe for its ubiquitous FlixBus network, whose lime green vehicles offer low-cost travel routes that are scheduled using the company’s data-driven platform and artificial intelligence. More recently, the company has moved into trains and expanded its bus service into the U.S. FlixBus plans to use the money to expand its footprint while also introducing a carpooling service called FlixCars.

“What began in 2013 as a German startup has become a powerful mobility platform that continues to change the way millions of people travel across Europe and the United States,” said FlixMobillity CEO and founder Jochen Engert in a statement.

FlixMobility is an example of how transportation upstarts are using data, artificial intelligence, and automation to disrupt stodgy old transportation services. By taking advantage of rules liberalizing the markets for services such as trams and buses, FlixMobility is providing modernized competition.

But it’s not alone. It faces rivals such as incumbent, state-run operators, as well as others from the startup world, such as France’s BlaBlaCar, the carpooling company that acquired its own low-cost bus service.

Both companies are increasingly relying on data from their growing base of users and AI to do things like plan routes, match drivers and riders, and optimize a traveler’s plans across different modes.

To complement its own train and bus routes, FlixMobility says FlixCar will offer carpooling options to get people between cities or to bus or train routes. That’s a concept similar to the carpooling service offered by BlaBlaCar.

In addition, FlixMobility will launch in South America and Asia in 2020. Meanwhile, it is also expanding its FlixTrain service as new EU rules take effect that require member states to allow competition.

With competition intensifying, a mega round of financing will certainly come in handy. The company says the round was co-led by growth equity firms TCV and Permira and included money from long-time investor HV Holtzbrinck Ventures, as well as the European Investment Bank.

FlixMobility says that it now operates in 29 countries and that 45 million people used FlixBus and FlixTrain in 2018. The company has 1,300 employees.