Microsoft today released a new Windows 10 preview with Korean IME improvements. The update bumps Windows 10 from build 18936 (made available to testers on July 10) to build 18941. These builds are from the 20H1 branch, which represents the Windows 10 update that will arrive in the first half of next year. 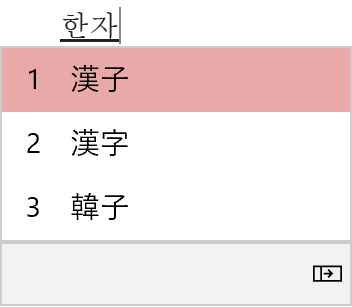 This build brings an updated version of the Korean IME that is more secure, reliable, and beautiful to look at. If you write in Hanja, there is a new candidate selection window that uses modern controls and clearer typography. Microsoft has also improved the algorithm used for text prediction when writing in Korean using the touch keyboard.