Thatgamecompany, the award-winning studio behind the memorable Sony PlayStation 3 game Journey, has launched its long-awaited Sky: Children of the Light on the Apple App Store worldwide.

It will also launch on tvOS and MacOS, Android, PC, and console formats in the near future. The free-to-play game is an ever-expanding “social adventure” world that will continue to evolve with new characters, adventures, and collectibles.

Thatgamecompany said it is “best described as a heartwarming experience designed for fans to share and play with friends and family, time and time again.” The game is certainly beautiful, as you can see in the screenshots. But it’s a tough challenge to get fans to come back to mobile experiences. 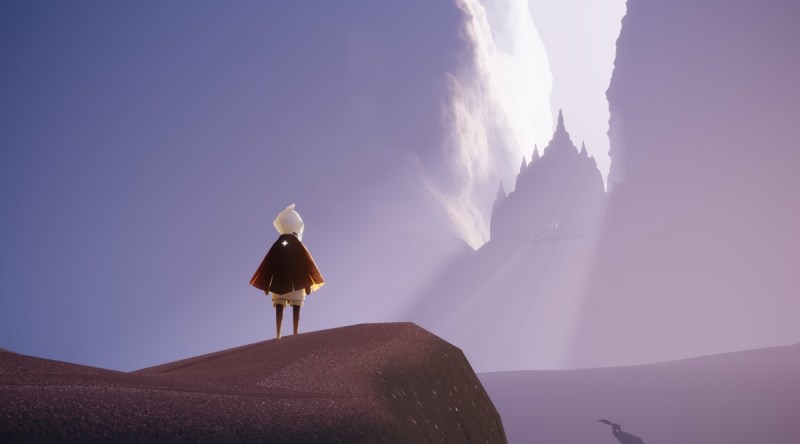 Above: You a child of the light in Sky.

The company said the series is highly accessible and beautifully animated, and it marries a stunning soundtrack and emotionally-driven backstory to bring the world to life. Sky: Children of the Light is the first chapter in the Sky online series, with more to follow in the future.

Jenova Chen, cofounder of Thatgamecompany, is a bit of perfectionist, and his team has been working on the title for years. It was expected a while ago, but it sure looks pretty now that it has arrived. Fans of Journey (which includes my whole family) will recognize the sound of sliding through the sand. And the characters are unmistakably related to the unnamed, silent character in Journey. But the art style is very different, as are the environments and various characters.

In Sky, a short written intro describes the basic story. As the Children of the Light, your mob is to find the stars that fell out of the sky and restore them. Your job is to spread hope through the desolate kingdom to return the fallen stars to their constellations. Only by sharing light to awaken and redeem the perished ancestors and civilizations can the mysteries be uncovered, and the stars be restored again. 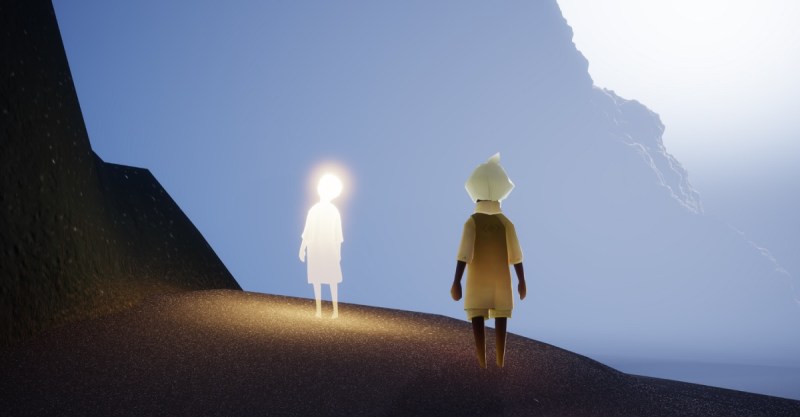 Above: Sky has other creatures who have gone before you.

In contrast to Journey, which lets you experience the story with other players, this one starts with a social environment, with other players inhabiting an otherwise isolated world. It has magical spots where you run into the ghostly outlines of other people, and they light up and give you energy when you walk through them. You light candles, explore vast landscapes and temple-like spaces, and fly around. 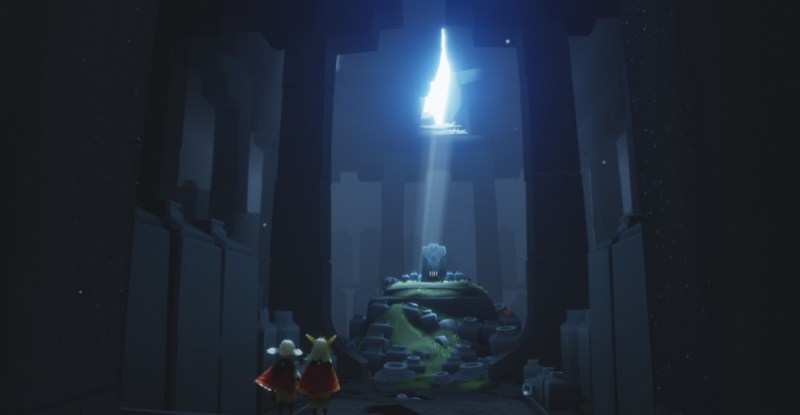 Above: You encounter other players in Sky

The game lets you do the following:

The company said the main core of Sky will be free-to-start, and players will have the opportunity to purchase different in-app bundles that include gift candles, cape cosmetics and more.  The game will also continue to evolve with adventure season passes (that you can buy yourself and to gift others) which will included limited edition story content and collectibles for players to try.