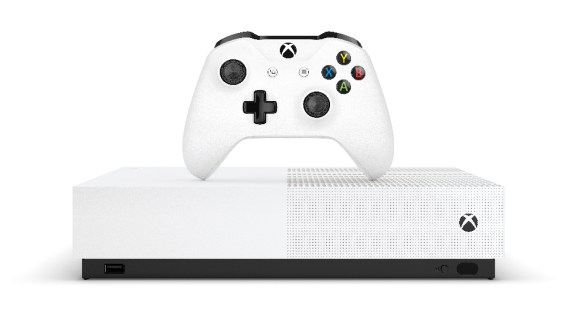 We are at the end of a video game console generation, and you can see that in Microsoft’s quarterly earnings report. The company revealed that its gaming revenue was down 10% during Q4 of its fiscal 2019, and it points to Xbox One hardware sales for the bulk of that decline.

Microsoft’s gaming division generated $233 million less than the same period last year. The 10 percent decline came primarily from a 48% drop in revenues from hardware. Microsoft said that was due to selling fewer Xbox Ones. But it also saw a drop in revenue from games.

“Xbox software and services declined 3% against a high prior year comparable from a third-party title,” reads Microsoft’s press release. “[That was] offset in part by subscription growth.”

That’s all Microsoft said about its gaming performance, but we can use some context to untangle what’s happening.

The end of an era

The current console generation is coming to an end. And while people still want to play games, few people are looking to purchase a new Xbox One and even a PlayStation 4. At this point, the most fervent gaming fans have already made their hardware purchases. They are now either looking forward to buying a Nintendo Switch or they’re saving up to get the next generation of consoles. Microsoft confirmed that the next Xbox (codename Project Scarlett) is launching holiday 2020. The PlayStation 5 is likely going to debut around the same time.

But Xbox One hardware is also likely selling slower compared to last year because of Fortnite. Throughout 2018, Fortnite helped to sell a lot of consoles for players who wanted to get online with their friends but didn’t want to settle for playing on a smartphone. While Fortnite is still extremely popular — along with games like Apex Legends — many players have already made their hardware purchase. The rush is over.

And the Fortnite fervor dying down is likely also one of the reasons that Microsoft’s software revenues are down. The company gets 30% of every digital transaction through its store, and Microsoft noted that the comparison to last year was down because of “a third-party title.” That game is likely Fortnite.

But the company did note an increase in subscription revenue. It spent most of the Electronic Entertainment Expo trade show in June trying to convince fans to get onto its Xbox Game Pass service, which is like a Netflix for games. That pitch is apparently working — although it likely won’t see a huge increase in revenue from that for some time.

Microsoft enabled Xbox Live Gold members to upgrade to Xbox Game Pass Ultimate for $1. I paid that small fee, and now I have Ultimate until June 2020. I won’t have to pay the $15 per month until July of next year. But Xbox boss Phil Spencer is likely OK with that. By then, he should have added a ton of new games to the platform that I won’t want to go without. And he’ll also have more details about the next Xbox.