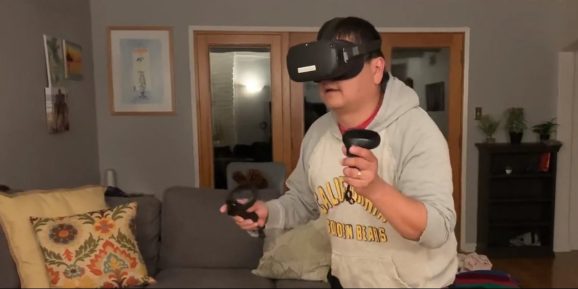 Though high app prices have dissuaded some people from buying — or re-buying — titles for the new Oculus Quest headset, Oculus’ policy of allowing refunds for briefly tested apps gives users an incentive to test VR experiences they might otherwise have skipped. But the policy isn’t as straightforward as it seemed, a reader tells VentureBeat, as Oculus is now deeming multiple returns “potential abuse of our systems,” and rejecting them, a situation we contacted the company to clarify.

A quick read of Oculus’ official Quest/Rift content return policy suggests that there’s a simple standard for receiving “automated refunds” from the store: You can request a refund within 14 days of purchase for virtually any app used for fewer than two hours. Here’s the policy — emphasis ours:

You may return apps, games, and many experiences purchased through Oculus for Oculus Rift, Rift S, and Quest for any reason, so long as you submit your request within fourteen days of purchase and you have engaged with the content for no more than two hours.

But as reader Doug Borses noted in an email from Oculus Support, an ambiguous clause at the bottom of the return policy page lets the company deny refunds if it spots “potential abuse” — specifically including “multiple attempts to return content over a period of time.” At best, that phrase is ambiguous; in the context of the rest of the return policy, it’s downright contradictory.

Borses tells us that he received his Quest on a Friday, picked 10 games to test over the weekend, and decided to keep two of them, returning the rest. Oculus initially told him that they would only refund five of the games, as requesting eight refunds “definitely qualifies as ‘abuse of our systems’.” As a “one-time exception,” Oculus said it would refund a sixth game of his choice, but deny “any further refund requests.”

We reached out to Oculus for comment, and a Facebook spokesperson offered a clarification on the policy that will be useful for all future Oculus Store customers:

We have a generous refund policy, but that policy states that we may deny refund requests if we detect potential abuse of our refund system — for example by requesting bulk refunds over a short period of time. We begin to assume potential abuse when our system flags more than five refund requests in 30 days, but also consider every situation on a case-by-case basis.

In other words, users shouldn’t expect problems if they request five Oculus Store refunds within 30 days, but anything more than that may be automatically or manually rejected, requiring human intervention — and a “one-time exception.” For brand new Oculus Quest users such as Doug, the advice is therefore simple: Limit your initial sampling of apps to only a few titles if you suspect you’ll be returning some of them, and perhaps hold off on grabbing iffy ones until and unless free demos are released.