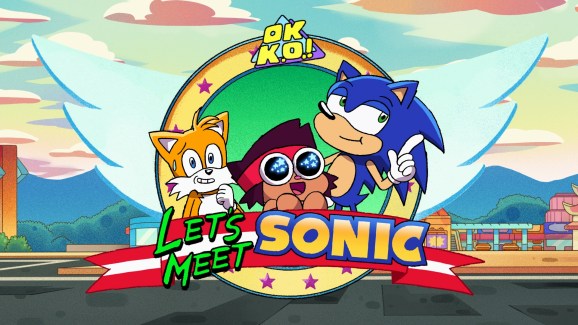 Cartoon Network announced today that Sonic the Hedgehog and his sidekick, Tails, will appear in an upcoming episode of the show OK K.O.! on August 4.

The episode’s name is “Let’s Meet Sonic” and will have Sega’s iconic mascot team up with OK K.O.!‘s hero, KO, to save the day.

Sonic has starred in plenty of cartoons himself, but it’s unusual to see him guest star on another show. But OK K.O.! has a lot of video game influences, so the hedgehog should be a good fit.