If you are in the market for a $700 GPU for 4K gaming, you really have one option: the Nvidia RTX 2080. That will soon morph into the RTX 2080 Super, which is a beefed-up version of the card with better specs for the same price.

You may have noticed that I haven’t mentioned AMD, and that’s because it still isn’t really vying for this part of the market. It does have the $700 Radeon VII … or does it? That card has sold out nearly everywhere, and AMD isn’t making more of them. And even if you could find it, a $500 RTX 2070 Super is faster in gaming (Radeon VII still owns for productivity, though).

AMD does have its new Navi architecture in the Radeon RX 5700 and 5700XT GPUs, but those are direct competitors for the RTX 2060 and RTX 2060 Super. An RX 5900 could be coming, but it’s likely still a ways off. The RX 5700XT uses a lot of power, and AMD will need to improve its efficiency.

Why does all of that matter for the RTX 2080 Super? Because this is exactly the kind of card you would expect to get from a company that isn’t feeling a lot of pressure from competitors.

The RTX 2080 Super is a bit faster than the 2080. It’s nothing like the jump in performance for the 2060 Super and 2070 Super. Instead, it feels like the Super is able to squeeze a few more frames out of some games. And that makes sense when you look at the specs.

Let’s take a look at the benchmarks.

Odyssey was one of the anomalies in testing. Typically, Ubisoft games love memory bandwidth, but the 2080 actually came out ahead of the 2080 Super at 1440p. I run every test three times and take the average, so I think I’m going to chalk this one up to driver optimizations. 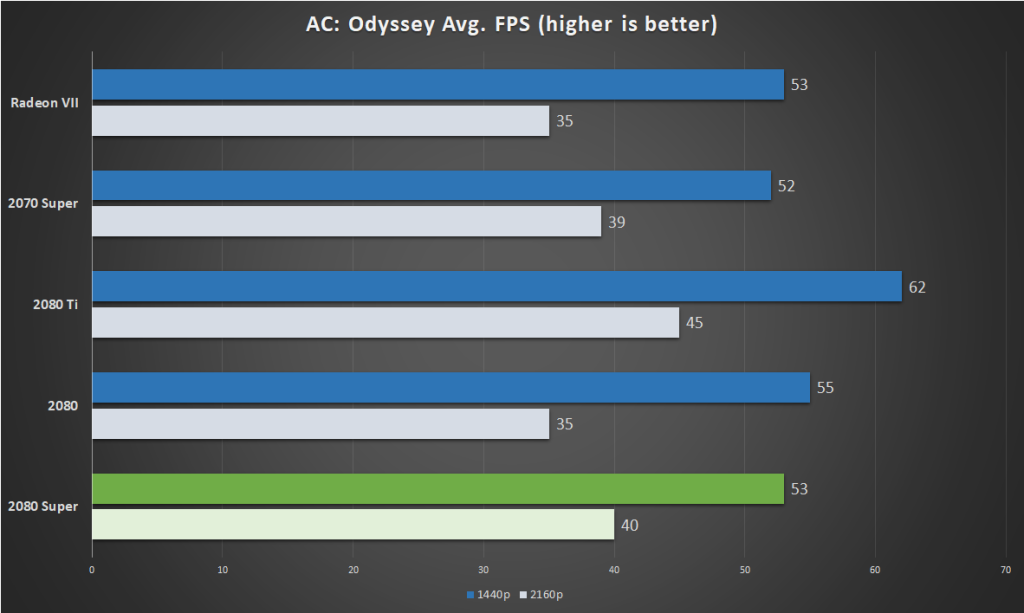 This Counter-Strike test is indicative of what I saw in most games. The 2080 Super is faster than the 2080. But that improvement was only 2% for 4K and less than 1 percent for 1440p.

You’re going to get more frames per second from the Super, but not a ton more. 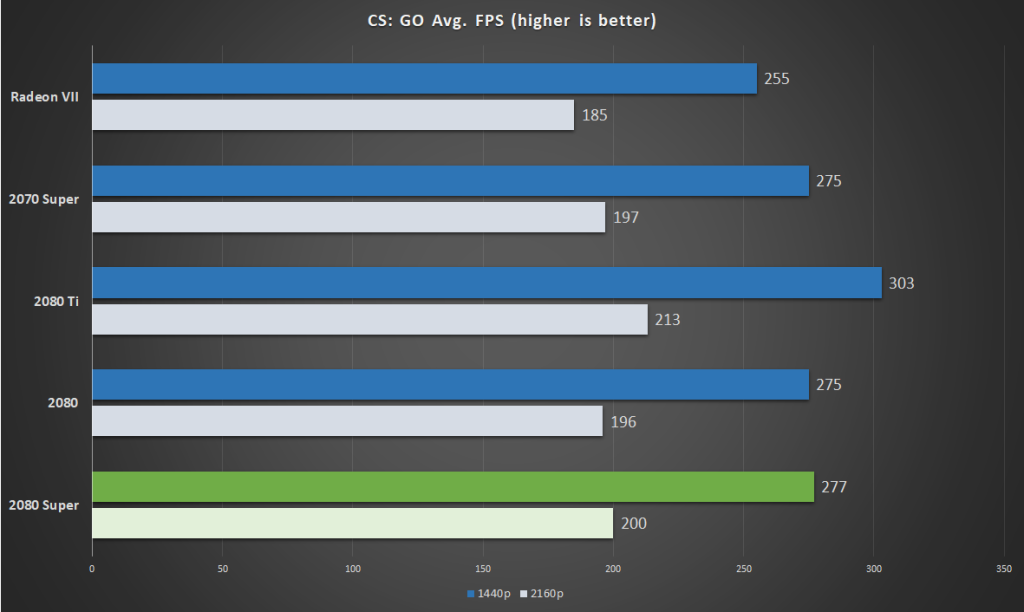 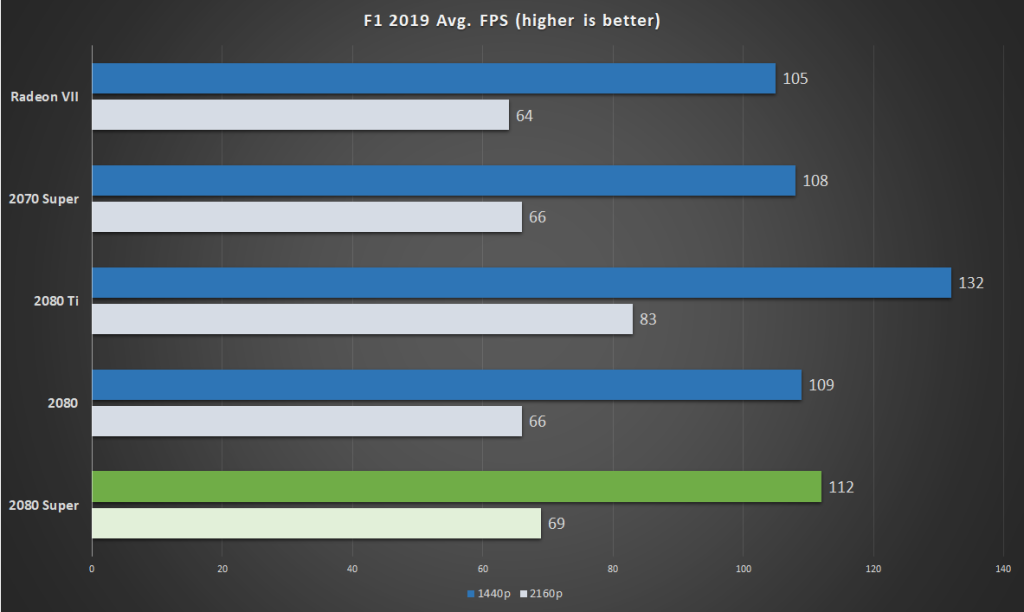 For Square Enix’s epic role-playing game, you’ll get a 7% jump in average frames per second at 4K. 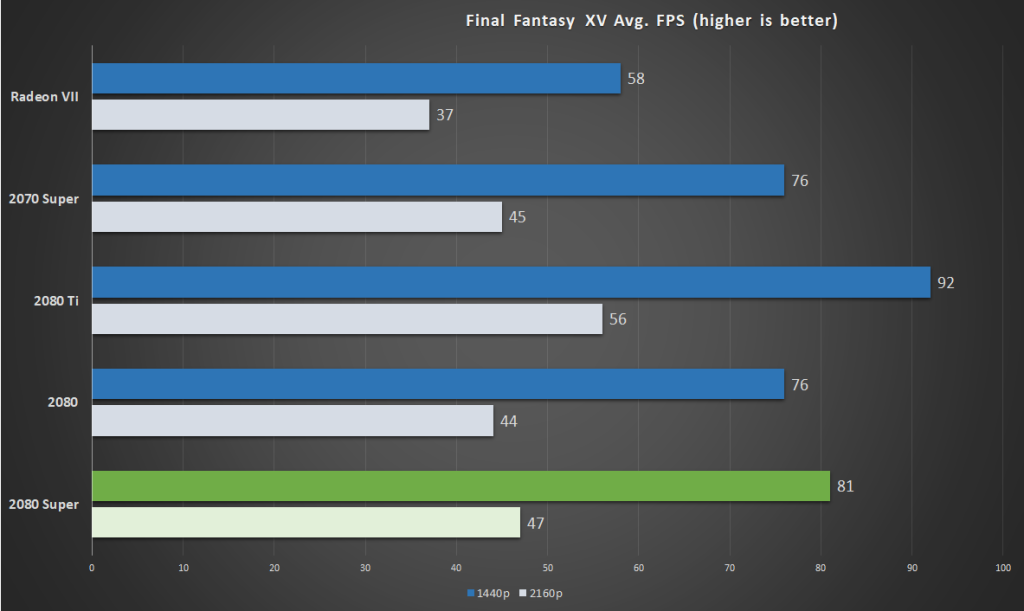 Hitman 2 is relatively flat across both. The Miami level that I use for benchmarking relies heavily on simulation, which taxes the CPU. 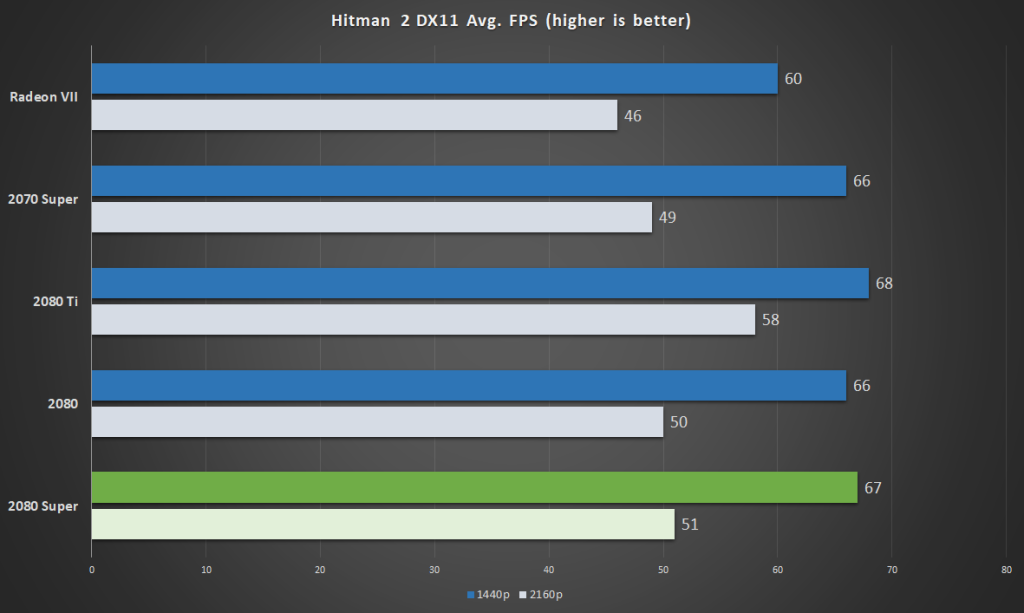 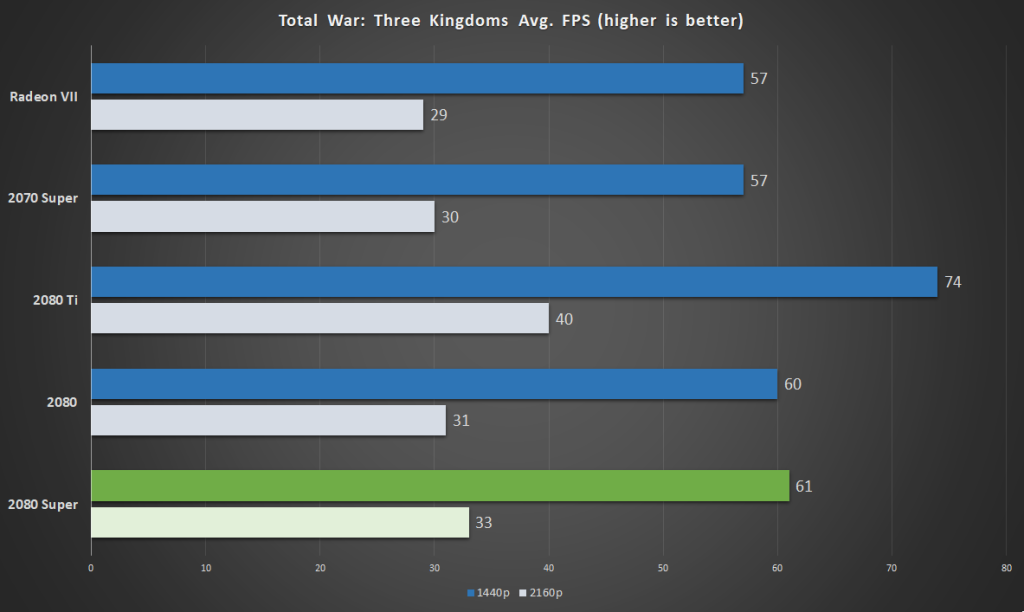 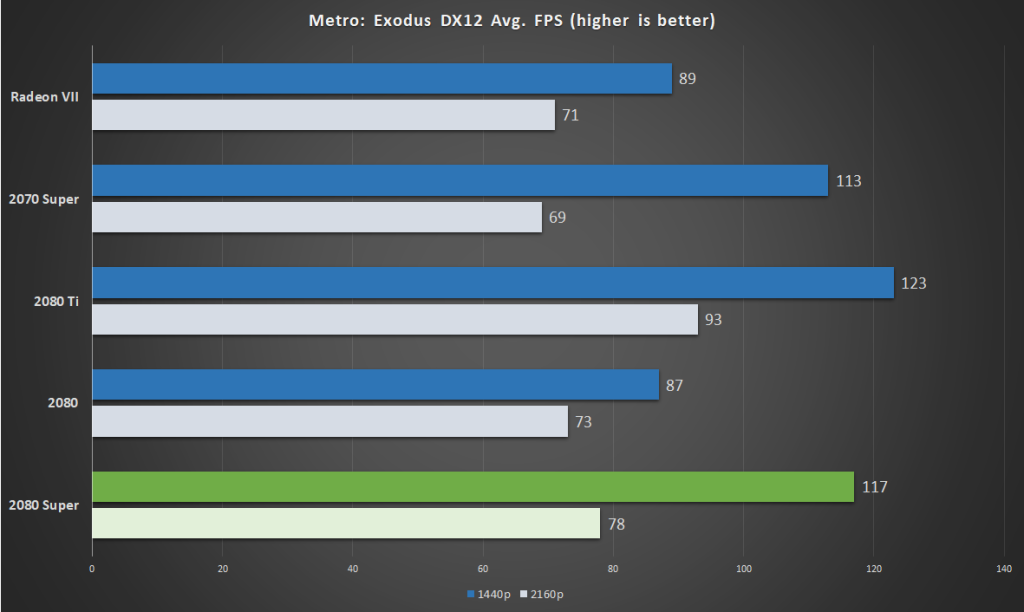 I’m not including any charts because the data just isn’t that informative in this case.

Ever since Nvidia launched its RTX lineup of GPUs, the 2080 was always the odd one out. At launch, the 2070 was a pretty decent value and the 2080 Ti was the most powerful consumer GPU ever. Now, the 2070 Super is even better deal. But the 2080 Super didn’t accomplish the same thing.

If you try to look at the value of something like dollar/frame-per-second (which is not something you can apply universally), the 2070 Super is a much better deal. You’re paying about $5.70 per frame for the $500 card as opposed to $7.60 per frame for the 2080 Super. For comparison, the original 2080 comes out to about $8 per frame.

To be fair to Nvidia, this is how product segmentation works. High-end cards experience a lot of diminishing returns. The best bang-for-your-buck is always going to come in on the lower end of the spectrum. It takes a lot more energy to go from 250mph to 260 mph than it takes to go from 0mph to 100mph.

I had high expectations for the RTX 2080 Super. Nvidia may already have the RTX 2080 Ti, but that’s a mislabeled Titan. So I was expecting the 2080 Super to deliver a performance increase comparable to the GTX 1080 Ti versus the GTX 1080.

And in retrospect, I should have realized that. Nvidia didn’t raise the price over the 2080. And AMD doesn’t have anything to compete, yet.

The Nvidia GeForce RTX 2080 Super is shipping now for $700. Nvidia provided a sample unit for the purpose of this review.