Blue Isle Studios is announcing today it will launch Citadel: Forged With Fire, a sandbox survival role-playing game where you play a wizard seeking to survival a dangerous land, on the consoles and PC on October 11. It’s already in Early Access on Steam.

The game from the Toronto, Canada-based has interesting potential, and it also has an interesting backer: Jack Tretton, former head of Sony’s PlayStation business in North America. Tretton is a venture capitalist now at Interactive Gaming Ventures, a fund that he launched last year. But he invested in Blue Isle Studios three years ago through his earlier investment firm, OceanIQ Partners.

Citadel: Forged With Fire is the studio’s third game. It is set in the enchanted world of Ignus. It is a “magical massive online sandbox RPG” that teaches aspiring wizards the art of spellcasting, spellcrafting, broomstick flying, and building. You make allies, form a House, and then create an empire.

“We’re excited about the success we had in Early Access and all the content we’ve added, and we’re very optimistic about its chances,” Tretton said. “We’re excited about the fact that it’s an indie title and one that will be distributed in digital form as well as physical form. It could be one of the most widely distributed indies to hit the market, which will get exposure beyond all of the clutter in online stores. I think everybody is going to get a great experience when it ships.”

GamesBeat managing editor played Citadel for a couple dozen of hours last year when it first hit Early Acess, and he enjoyed building a base, crafting items, flying on a broom, and learning the wizardry arts. But he did find it a bit unbalanced when it came to enemies and the availability of crafting materials, though he’s looking forward to revisiting Citadel soon. 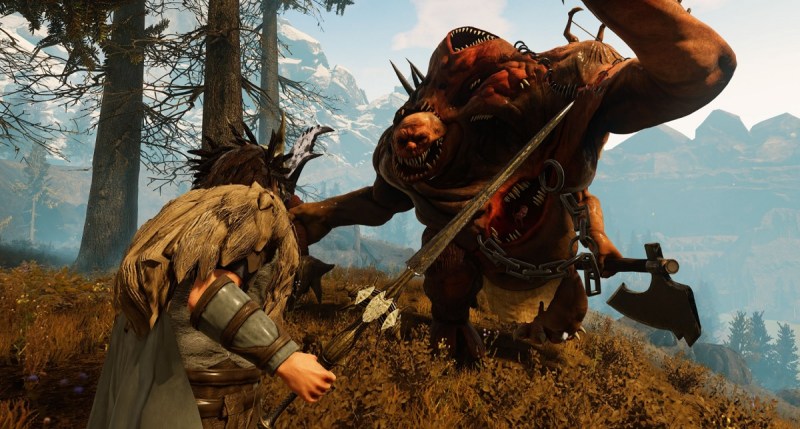 Above: Citadel: Forged With Fire

The game is available for preorder through major retailers thanks to Solutions 2 Go, the exclusive worldwide distribution partner.

“With three major content updates and more than 90 patches, we worked directly with the community during Early Access to ensure that Citadel was massive in scale and rich with content in preparation for its full launch,” said Alex Tintor, the managing director of Blue Isle Studios, in a statement. “Three huge boss dungeons, the refinement of our broomstick flight and addition of the Broomstick Sports combined with enhancements to our spell crafting system will envelop players into this magical realm.”

Above: A citadel in Citadel: Forged With Fire

Tretton said this is what his fund was looking for, as his company is targeting early stages of development with developers who have had some form of commercial success in the past.

“It really fits the bill here,” Tretton said. “They’re not only very talented creatively, but they’re also very good business people. And they have the eye on the long term. And our hope is to identify studios that we can be long term partners with and not having them have to worry about funding anymore going forward.”