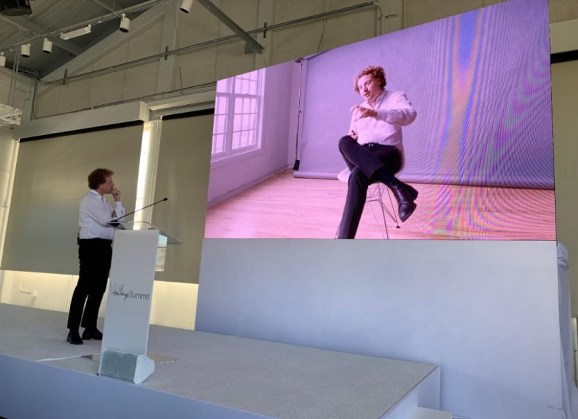 Saatchi made the announcement at the very first Virtual Beings Summit in Fort Mason in San Francisco. The idea is to inspire creators to use a combination of the animation technology in things like video games with artificial intelligence.

Saatchi’s company in San Francisco has been working on virtual beings with characters like Lucy in the virtual reality series Wolves in the Walls. Saatchi was the former head of the Oculus Story Studios at Facebook, focused on virtual reality interactive films like the Emmy-winning Henry.

I’m a speaker on a panel at the summit today, but more interesting people such as investor Cyan Bannister are putting money into virtual beings projects.

I find the whole subject of Virtual Beings to be fascinating. Kim Libreri, chief technology officer of Epic Games, walked us through a tour of the state of the art virtual human demos, starting with A Boy and His Kite in 2015, then to 2016’s Hellblade, Mike in 2017, and Siren in 2018, and Troll in 2018. You can see the progression if you look at the stories in the links.

With the help of 3Lateral and Cubic Motion, Epic has moved the state of the art forward every year.

Where’s it all going? Virtual beings, driven by 3D graphics and artificial intelligence, that you can’t tell apart from real people.